**NOT FOR USE BY WIKIPEDIA** ANYONE WHO USES THIS ARTICLE MUST SEEK PERMISSION FROM [email protected] AND PROVIDE A LINK BACK TO THE ORIGINAL ARTICLE.

I want to share another great tale of one of our countries legendary female sprinters with the athletic community. Contributed by various sources, including Mr. Ignacio Dee.

The Philippines has a strong history of Women Sprint Champions at Asian Level. The last one was Lydia De Vega.  Before, she was Amelita Alanes and preceded by  Mona Sulaiman. But before all of these names, the legacy started with a 5’2 farmer’s daughter from Iloilo, perhaps a forgotten name with time.

Her name was Inocencia Solis, and her win in Tokyo in the 100m at the 1958 Asian Games would begin a lasting legacy of Filipina Champions at Asian Level.

For the whole decade of the 1950s, Solis was the Philippines’ primary dominant sprinter before Mona Sulaiman’s emergence in 1960.  Hence Solis would continue to be competitive at the National level until 1965.

Born of Innocent’s  Day (Dec 28) in 1932, to farmer parents Victorio Solis and former Leonarda Silomenio in the sleepy village of Bolalacao in the central Iloilo town of New Lucena. Her running days started at the New Lucena Elementary School, where she shone in several athletic competitions. Also, she won top honors as a student at Santa Barbara High School.

In 1950 she won three gold medals at the National Inter-Scholastic Athletic Association Meet (NISSA). These meets were the forerunner to the Palarong Pambansa, which started in 1975.

While at this meet, she established National Records in the 100,200 and Long Jump. In 1953, she was the PRISAA (Pampanga) and National Champion.

She continually held and improved on the National Record in the 100m until 1962, when Mona Sulaiman broke it. After that, she held the 200m record until 1960 and the Long Jump for seven years, according to Rex Salvilla, chair of the Western Visayas Historical Foundation.

Seeing her potentials, the Cebu Institute of Technology offered her a full scholarship. Fructosa Soriano coached her. She went on to obtain a bachelor’s degree in Elementary Education. She worked as a school teacher and at the same time as an athletic coach in Cebu for some time until the city government of Caloocan recruited her in the early 1960s.

In 1958 Inocencia Solis became a household name when she won the Asian Games 100m gold medal in 12.5s in front of two Japanese runners in Tokyo and was named athlete of the year. In doing so, Solis broke the long-standing national record of 12.6s set in 1940 by Juana Espiritu of Sorsogon.

She would team up with Ferrer, Irene Penuela, and Francisca Sanopol to take the silver medal, this time in the 4×100 (49.0s).

Inocencia Solis, by 1962 she would win another gold at the Asian Games in Jakarta, this time in the 4x100m (48.6s) teaming with Sulaiman, Aida Molinos Sanopol.

It took the government 40 years to again bestow another honor upon her — the Distinguished Filipino Woman Achiever in Sports award given by then-President Ramos during the Philippine Centennial Celebration.

Inocencia Solis died of severe diabetes at 69 at the Iloilo Mission Hospital on November 4, 2001. Her passing was tragic because the honors she gave to the country were never reciprocated in government support. She died poor. Solis was unmarried, so she had no direct descendants.

She had relatives in Santa Barbara who relocated to Bacolod City. Ellah Sirilan, a UAAP 400 Hurdler, is related to her. New Lucena City was part of Santa Barbara until 1921. It became a Town in 1947 and separated. It has 22,000 people today. But it was a small farming village in the 1930s. 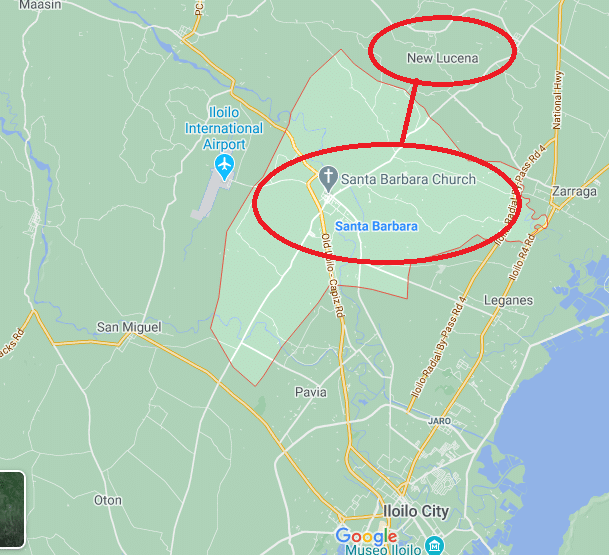 That all changed in 1958 when Solis crowned herself Asian Games champion in 100m and 200m. Nobody would have thought it would have started a legacy of excellence, which led to three other Filipina women ruling the Asian Level. 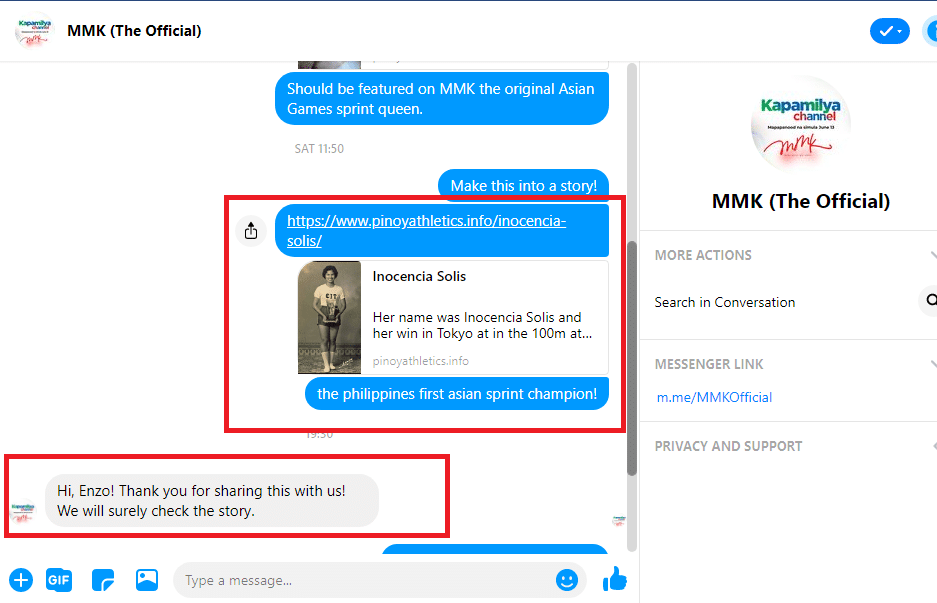