10 Ways How to run faster from Pinoyathletics.info 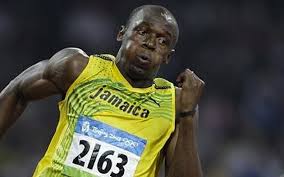 Too many people think their problem is muscle endurance or muscle condition. But, in fact, if you find yourself tired but your muscles don’t feel tired, your problem might be a low oxygen intake capacity.

Many runners can’t run fast because they can’t breathe fast! Muscles are powered by energy; energy is pumped into your muscles from blood and oxygen. Explosive running requires explosive breathing!

Everyone exercises to increase their muscle performance, but NOBODY ever works on improving their breathing ability!

Please do it for 30 seconds at a time for several sets. And then work up your way to 1 minute.

Huff and puff that chest quick! Breathe deep, but avoid holding your breath.

You WILL feel like passing out, and make sure you don’t hold your breath because you will pass out if you do.

This exercise is good because you’re learning how to overload your body with oxygen.

This exercise will help you give your muscles all the oxygen it needs.

2. Breath fast at the starting line 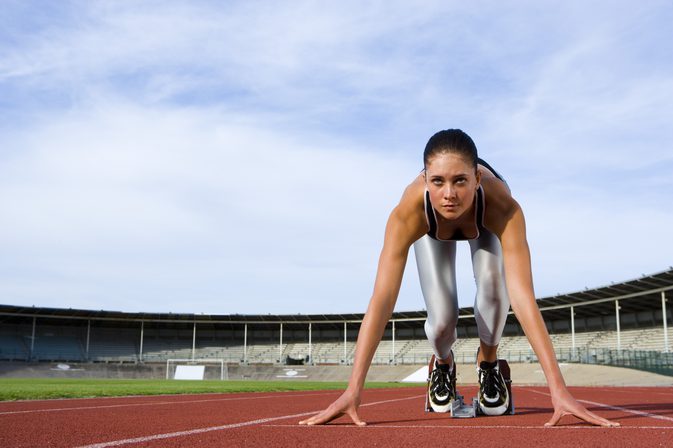 As you’re sitting on the blocks or waiting for the “ready, set, go!” start breathing fast! Start huffing and puffing your chest like you’re already running.

It’s like you’re tricking your body into already thinking that it’s in motion.

Guess what? This trick will make you fly out of the blocks with a much quicker response time! It works in more than one way.

First off, the breathing noise will annoy the other runners and break their concentration; it might even make them turn their heads and lose concentration as they look over to see who’s making the noise.

POW! – the gun goes off, and they’re a split second behind. Second, this trick keeps you from not being so nervous. Third, it decreases your response time. TRY AND SEE FOR YOURSELF! 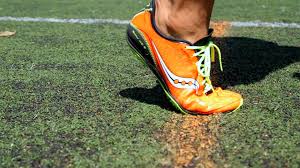 There are still too many runners that rely on the heel. As a result, you are running on the balls of your feet.

Also, too many people are PUSHING the ground back as they run.

WRONG! You DO NOT push the ground; pushing the ground makes your feet spend too much time touching the ground. Instead, it would help if you quickly brushed the ground back as fast as you can.

Your feet will claw the ground back with your spikes, just like a cat swipes at the air with its claws.

Claw-back, fast and hard! Clawing the ground ensures that your feet are spending minimal time in contact with the ground and maximum time moving through the air and carrying your body. 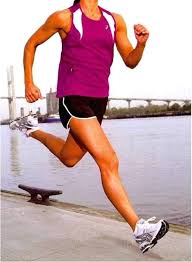 Here goes another common mistake. I’ve actually committed this many times myself before learning. Usually, two runners will come up side by side and then begin to match each other stride for stride.

Next, the sprinters will try to out-stride each other by taking longer steps forward to give themselves a longer reach.

Trying to out-step the other runner will not give you an advantage! Keep your form.

Too many people are constantly trying to out-stride the other runner during a race.

Whenever you over-stride, your lead foot goes in FRONT of you and actually acts as a BRAKE.

So it’s like you’re momentarily stopping yourself and then having to carry and drag yourself over the front foot – VERY BAD! Some people get to the point where it’s like they’re running in long steps, and their head is bobbing up and down because their long strides are making them move in a bouncing motion – HORRIBLE!

However, this means that some of your energy and momentum is being wasted into up and down movements instead of a straight horizontal movement with your body.

For instance, keep your strides normal; your head should generally appear to glide in a straight line forward when you sprint.

There will always be speedy people bob up and down; IGNORE THEM; they could be much faster if they only knew! 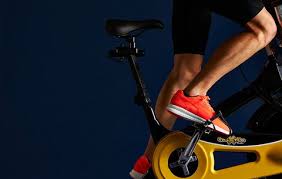 Here goes another common mistake: too many runners forget that their feet are supposed to form a circle when they run.

That’s right! – When you run, your feet move in an almost-perfect circular motion as they propel your body forward to the finish line.

Too many runners concentrate too much on the horizontal-forward movement.

Give focus and power to your feet at all angles when they trace the circle!

So keep the focus, not just going back and forth quickly (your legs aren’t swinging), but also pumping them up and down at the ground quickly.

Don’t forget your clawing motions, and don’t over-stride. Keep your feet in that circular motion.

OK, this should be obvious, but I still see plenty of runners that fly out of the blocks and establish a huge 10meter lead only to lose it by the halfway mark because they’re leaning back and have stopped accelerating.

Coaches usually don’t say anything to these runners because they are their fastest runners, and their ego won’t allow them to learn anything new.

Too many runners start strong and then, for some reason, throw their chest out and begin looking up the sky and arch their back backward.

Their feet get in front of them, and they can’t accelerate anymore because of that! So to go faster, your feet must stay a bit behind you.

Do not throw your chest into the air, and if you’re in the lead, DO NOT lean back to get a look at the other runners.

This is a big one. Unfortunately, however, too many runners are running too tensely.

They run tense because their aggression takes over, and they think they overpower other runners. But, instead, swiftness, quickness, and explosiveness win the race.

Strong barbaric plodding doesn’t. What am I talking about? Easy.

Do not form any stiff shapes with your hands!

They should be allowed to flutter around as they please when they sprint.

Of course, control them a bit so that they don’t flutter around so much they hurt your wrist at high speeds.

Many runners connect their thumb and their ring fingers in a RELAXED manner when they run.

Tension always starts from the hands; then it travels all over the body; once this happens, you’re running stiff, and energy flow is wasted.

Want to see my point? Make a tense fist with one hand and hold that arm at a 90-degree angle.

Now with your free arm, feel your muscles at the forearms, biceps, triceps, shoulders, neck, lats, and back.

What you’ll quickly discover is that tensing up your hand tenses up all your other muscles!. So, in conclusion, the stiff body tires quickly and doesn’t move swiftly!

Stiff arms do not swing as fast as relaxed arms, and a stiff body means a slow body. So there you have it – RELAX YOUR UPPER BODY!

8. Hold your form straight and steady 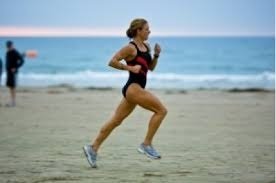 Here goes another one, too many runners waste their energy rocking parts of their body sideways.

Some people move sideways because they built up a bad habit.

Others like to see their arms swing before them to create the illusion that they’re running really fast. Another cause for sideways movement is fatigue.

Do not break the form! Even if you’re tired. Also, breaking form decreases the efficiency of your energy use.

The only thing that should be twisting and rotating when you run is your shoulders and torso. Do NOT rock your head side to side!

Do NOT swing your arms sideways in front of you.

Your shoulders should give way and rotate while your arms swing.

Your elbows ALWAYS stay bent; they never straighten!. So, in conclusion, the whole idea of all this is to make sure none of your energy is being wasted towards side motions; you want to keep your body moving forward and thinking forward.

This one is obvious, but I still see people losing races, so I’m going to mention it. THINK LIKE A RACEHORSE, LOOK STRAIGHT, AND NOWHERE ELSE!

Do NOT turn your head to get a good look at the runner in the next lane! Instead, run straight and look at him in your peripheral vision if you must.

Above all, keep your focus and keep breathing and pushing hard.

Another great way not to feel trapped when you’re in the middle lane is to look forward!

Look straight forward and give it you’re all.

Here goes another obvious one.

I see many people losing races because they stop trying.

There are generally two kinds of runners.

The front-runners: these guys start fast to get good positioning and or a psychological advantage and then try to hold the lead till the end.

The kickers: these guys start slow and then speed up, speeding up and closing up the ground between the runners in front of them gives them a psychological momentum to catch up and win.

NOW, I’ve seen BOTH guys lose because they stop pushing.

The front-runners overlook the kickers creeping upon them, and they stop giving it 100% because they’re in the lead and think they can’t lose.

Don’t ever slow down till you cross the finish line.

Hell, pretend you have to run an extra 10 meters for the finish line.

It’s not over till it’s over; it keeps pushing way past the finish line!.

The kickers lose because the front runners get so far ahead that they feel they can’t catch up!

Don’t ever give up, even if you’re behind by what looks like a lot.

Always remember that the other person could be a front runner and might slow down or drop their form for a split second!

YOU WILL AMAZE YOURSELF!

Running is simply one of those great sports where a runner can get one last shot of miraculous energy and boost himself into the winning spot right before the finish line.

In conclusion, like in everything you do, don’t give up!

However, I hope you enjoyed reading this guide. It’s taken me years to figure this stuff out, and it helped me and countless others.

I am not a coach; I advise and watch runners come out 1st place or beat their personal best times.

This is sound logical knowledge from an experienced runner, and it WILL help you. So practice hard, train hard, and train smart.

Run like the wind, be proud of yourself and never give up. Also, always remember that it’s not over till it’s over; it keeps pushing way past the finish line!

Feel free to share your success stories or improvements! Also, let me know how the tips worked for you! Thanks again for the kind comments!.