For Comprehensive Guides on

The Philippine Men’s Beach Handball team won its first two matches, beating Singapore 2-0 (22-6, 18-11) and Indonesia 2-1 (13-12, 18-20, 7-6) Subic Bay Beach Handball Courts.
The team had a spectacular opening-day win versus the Singaporeans, with Mark Vincent Dubouzet and Rey Joshua Tabuzo leading the charge.
It was an intense game with Indonesia as both periods had to be decided by golden goals. And had to go through a shootout. The match was decided on the final point scored by Jamael Pangandaman.
The last two possessions’ excellent goalkeeping gave the Filipinos victory, who is still running for Gold at 2-0.
The Philippines will have two more matches on Dec 10 vs. Vietnam at 6 pm. And on Dec 11 at 9 am vs. Thailand.
Philippines Men’s Beach Handball
https://youtu.be/IA00yg2ekF4
Futsal Andrew Harris and Mark Vincent Dubouzet came through with solid performances as the two powered the Philippines to a 2-0 win over Afghanistan in the 2019 Asian Beach Handball Championship Sunday afternoon in Weihai, China.

Also, Harris, former team captain of the University of the Philippines Fighting Maroons in the UAAP, fired 14 points.

In comparison, Dubouzet contributed 12 points for the national team, which improved its record to 1-1 after losing its opening match to defending champion Qatar (2-0) last Saturday.

The team of coach Jana Franquelli will next face Vietnam Monday afternoon.

“It was a good win for the team, a very big win actually considering we’re relatively new in the sport of handball,” said Franquelli, who is joined by Luzviminda Pacubas, Aurora Adriano, and JC Pangilinan in the coaching staff.

“The adjustment we made not only for this game against Afghanistan but also before the tournament when we got new players, now we are seeing good results. So we’re hoping that we can continue to improve, and if we can get a few more wins then that’s good,” Franquelli added.

The national handball team missed a chance to play in the gold medal match after losing to Dream Team, 2-0, in the semifinal round of the 2018 International Beach Handball Grand-Prix yesterday in Weihai, China.

The coach Jana Franquelli surprised many when it barged into the semifinals after it finished with a 4-2 record in Group B behind Chinese Taipei in the 13-team field tournament.

Above all, the Dream Team, composed of players from the USA, Croatia, Australia, Uruguay, New Zealand, and Brazil, topped Group A, followed by Vietnam, which edged Taipei’s other semifinal match, 2-1.

The national team eventually placed fourth following a 2-0 defeat to Taipei in the bronze medal battle.

“We tried our very best, but the Dream Team, it’s like our Gilas Pilipinas playing against the Dream Team of Michael Jordan,” said Franquelli. “They are really strong and experienced team.”

“But to make it to the semifinals, to show that we can play against the best, is already a big accomplishment for the players. This is a big morale booster for their confidence,” added Franquelli.

“We’re proud on the performance of the players,” said Franquelli, who has Aurora Adriano and Luzviminda Pacubas in his coaching staff, while Steve Hontiveros – the president of the PH Handball Federation – is the head of the delegation. 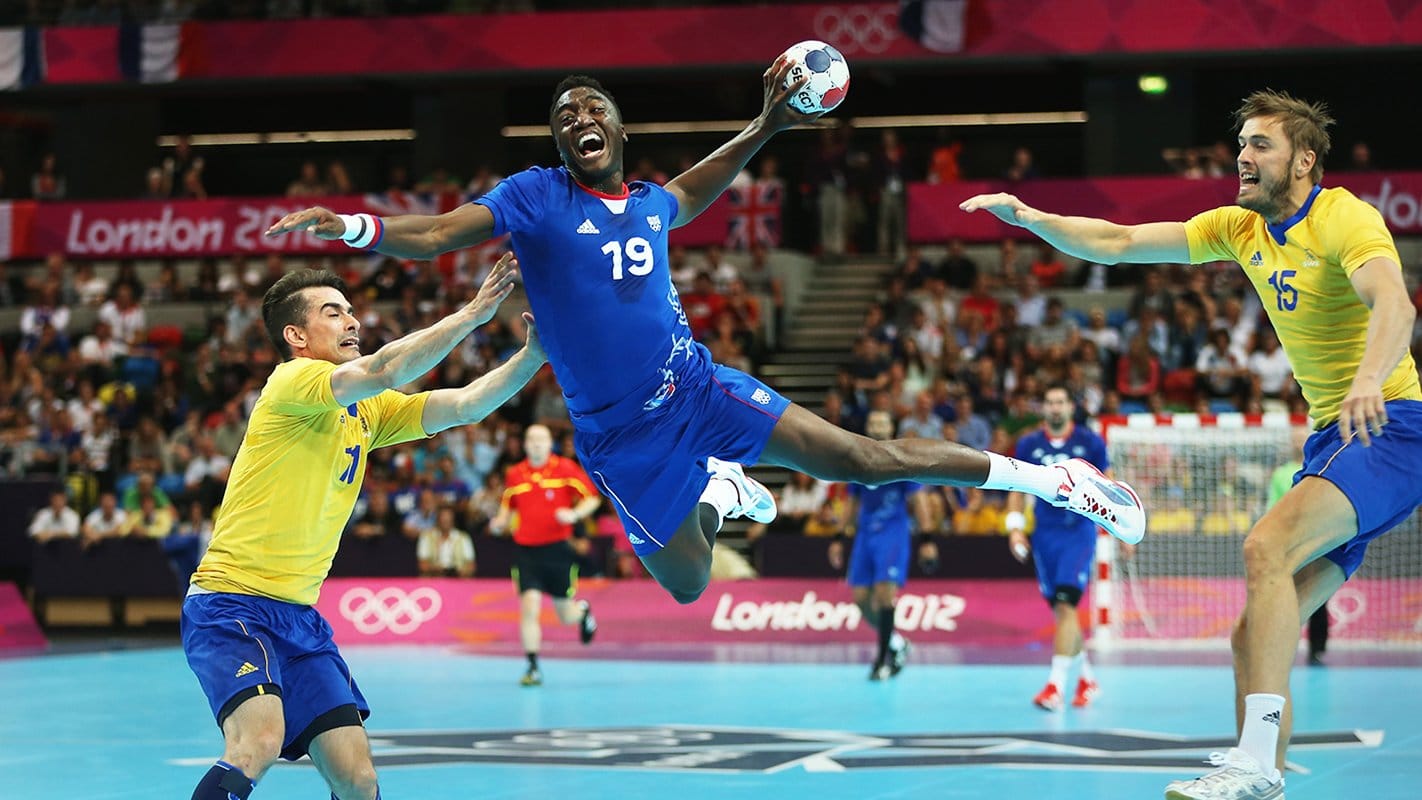 LONDON, ENGLAND – AUGUST 06: Luc Abalo of France jumps to shoot while Dalibor Doder (L) and Jonas Larholm (R) of Sweden can watch on during the Men’s Handball preliminaries group A match between France and Sweden on Day 10 of the London 2012 Olympic Games at the Copper Box on August 6, 2012, in London, England. (Photo by Jeff Gross/Getty Images)

Cambodia inactive for over 2 years