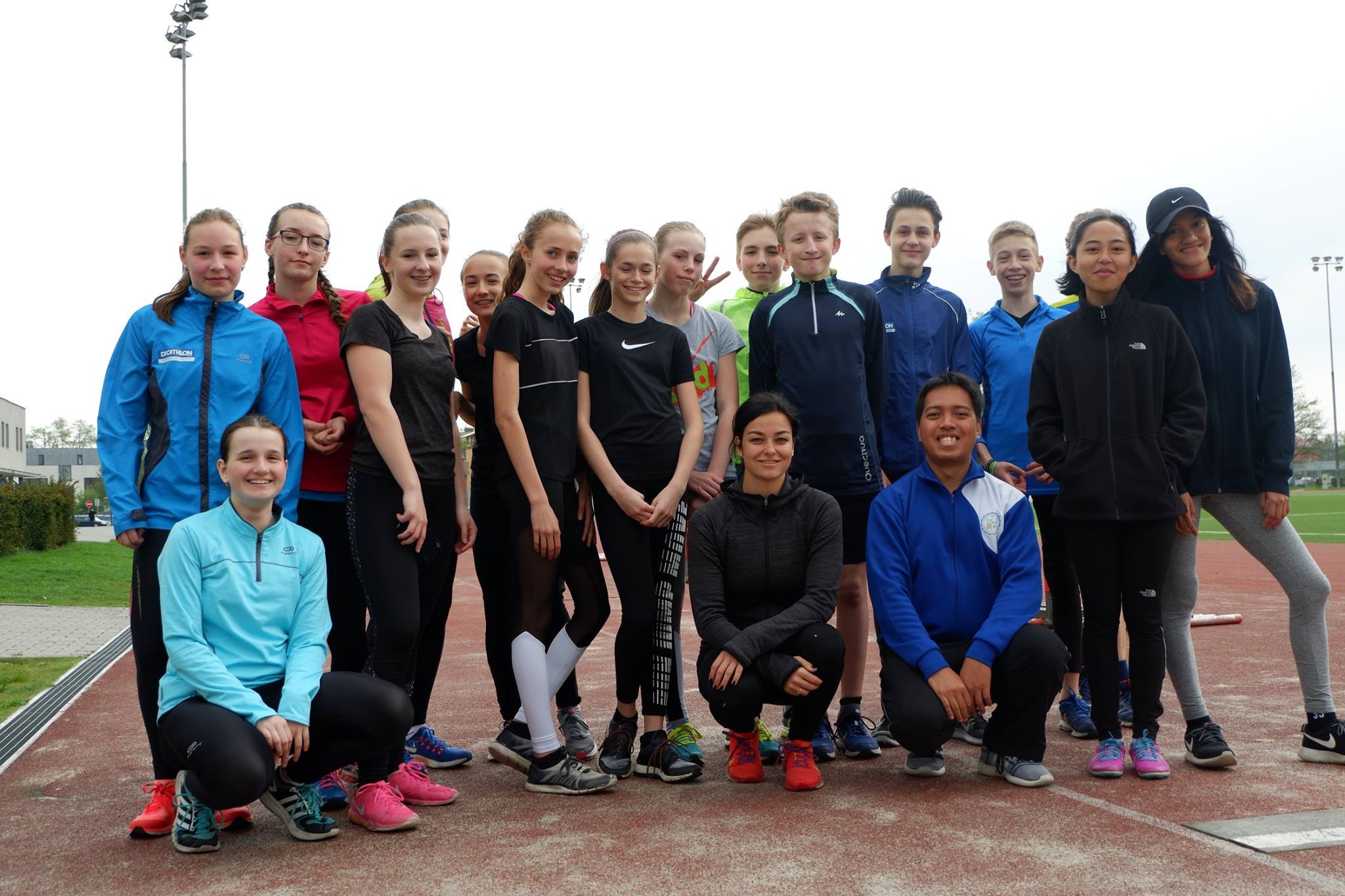 Genuine Grassroots Program vs. Poaching Decentralization of Developmental Athletics in the Philippines

In the column of Mr. Joaquin “Qunito” Henson at the Philippine Star on 21-February-2016, he had the opportunity to interview Mr. Michael Keon, the head of Project Gintong Alay, during the administration of Pres. Ferdinand E. Marcos. (See: http://www.philstar.com)

Mr. Keon cited the Gintong Alay Program’s facts and what lessons should be learned from the model they had in the ’80s. And provides a genuine model on how the Philippine Athletics program should be run.

In the points raised by Mr. Keon, we see a common groundwork on all of this, and it involves consistent programs in training Athletes.

During my visit to the Czech Republic to watch the Ostrava Golden Spike in May 2015. The program is well-organized, and the event itself became the largest and the longest-running athletics event in the said country.

When I talked to Mr. Alfons Juck, one of the officials of the Golden Spike.

He cited the event’s consistency, which produces better participation, not only athletes from the Czech Republic. But entices world champions such as Usain Bolt and others.

He mentioned that given the meet is held every year. They try their best to involve more people; hence more partners and sponsors come in. No wonder Ostrava Golden Spike is looking forward to its 55th year on 20-May-2016, with Usain Bolt confirming his attendance.

The importance of regular and consistent Athletics events is also seen during my visit to Sparkassen Gala in Regensburg, Germany. Local-based athletes meet regularly, and their records are well-kept and considered by their National Federation.

Hence the selection process of National Athletes is based on sound statistical data posted on the federation’s website. Localization of meets gives athletes the chance to stay in their hometown and maintain their studies and jobs near their families, friends, and community.

The said examples provide a clear picture of how the Athletics program in the Philippines should be modeled. So far, we can look at the following suggestions:

Strengthening and regularizing the grassroots, local, and club-based meets-

Importance of meets aside from the staple ones such as Palarong Pambansa, UAAP, NCAA, UniGames, PRISAA, etc.

And providing alternative meets is a way for athletes to assess their performance regularly.

Locals don’t have to wait for the city and regional meets for them to check their performances.

If monthly and weekly meets are regularly done in different regions of the Philippines with such creativity.

More athletes will be involved because it will encourage participation even to new athletes.

While starting to build developmental ones leading to an elite level.

The example paved by the Blue Knights Track League in Davao provides this kind of model.

Athletes meet regularly; hence their skills are tested, and they have a better experience meeting other athletes from different cities and provinces.

The prospect of forming sports academies like those in Tagum, Davao del Norte, Pagadian, Zamboanga del Sur, and Tacloban City, Leyte provides a framework for athletes to be trained in their respective hometowns and not being lured on the “poaching” mechanisms of bigger universities.

The concern on athletes being just picked by big universities in Manila lies in the concept of getting more and more athletes from the provinces.

But when the athlete becomes injured, they will leave the athlete alone just like a soft toy.

The importance of localized meets provides opportunities for athletes raised in sports academies to test their skills before being selected on the national training pool.

The existence of regional centers in Athletics allows athletes to train at their preferred coaches and provide more time with their families.

The presence of meets in the Philippines such as Palarong Pambansa, Philippine National Games, National Open, UAAP, NCAA, PRISAA, and Unigames and its current schedules overlap and usually conflict with each other. Germany, Czech Republic, and Even Singapore always clearly post their respective federation websites, the schedules of different meets.

That’s why athletes can see to it they can participate in their respective countries’ national championships since there is no conflict on the respective leagues of their universities and clubs.

At the Blue Knights Track League, it involves students as technical officials.

Hence it provides better participation to different stakeholders and not just being dependent on the usual system.

From the examples cited, true developmental programs in Athletics can be done at the genuine grassroots program level.

Providing athletes with better experience aside from the usual meets.

Staying in one’s hometown with all the capacity to train provides less stress to the athlete.

However, the athletics stakeholders must not confine themselves in their comfort zones and wait for athletes to scout in the countryside.

But instead, they should crumble their Ivory Towers and integrate themselves into the masses, which is the bedrock of any athletics program.

Auestadion of the University of Kassel in Kassel, Germany. Besides the venue of the 2017 Germany University Athletics Championships. Primary qualifying meets for Team Germany for the 2017 Universiade in Taipei, Taiwan.

It’s always my belief that

“you can’t give what you don’t have”.

Besides, to learn a different perspective in Athletics from countries and communities with successful sports programs. Above all, I took the risk of contacting different Athletics communities in Europe, especially in the Czech Republic and Germany. It was such a humbling and totally enlightening experience.

Besides, we may think that they are successful in sports because they are a first-world country. In conclusion, still, there are common values that these countries possessed that we might emulate here in the Philippines 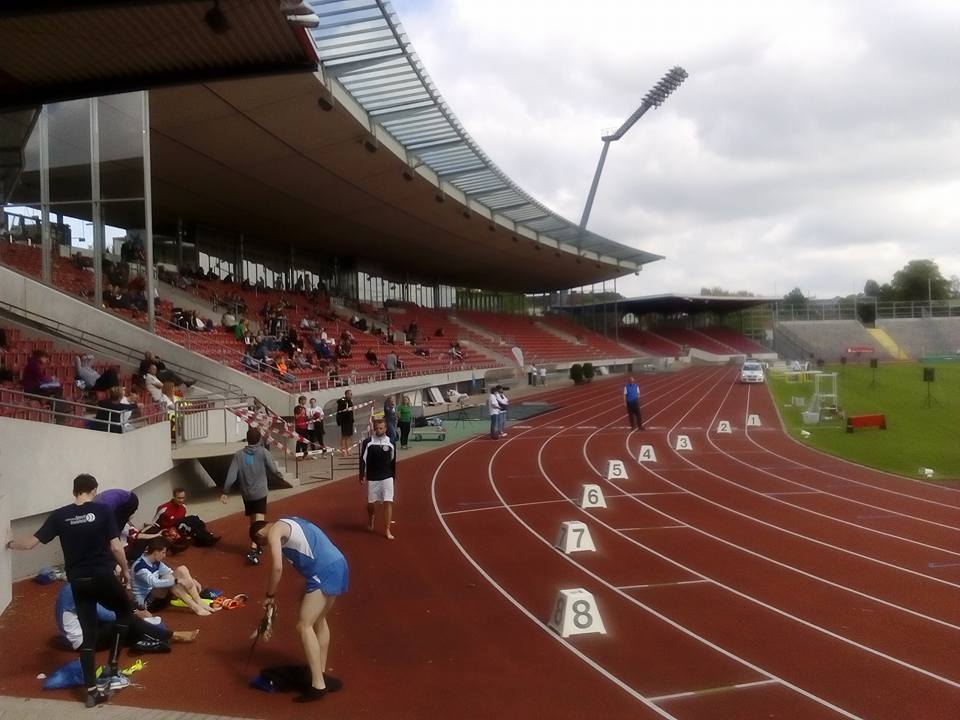 1. Integrity – Grassroots Program in the Philippines

All German and Czech Athletics Federations’ records can be viewed publicly, and anyone can scrutinize them. All standards are totally transparent, especially for international competitions. Therefore all coaches and athletes know what they need to reach to make it to the final cut.

2. Decentralization – Grassroots Program in the Philippines

Coaches and Athletes in both countries train in their respective clubs and communities. National coaches are the ones going to the local clubs to “scout” and train athletes. And supported by their national federation on the premise that they should meet the standards.

If standards are not met, coaches or trainers are not included in the roster. And will settle to focus more on the local and regional levels. Hence information exchange is possible and local coaches. On the other hand, they will have a chance to be a national coach if their athlete will reach the standards needed for an international competition.

With the national federation recommendation, the coach or trainer has the discretion if they want to train in the national training center in Kienbaum, Brandenburg, Germany, where all of their needs for final training are supported to prepare them for an international event. 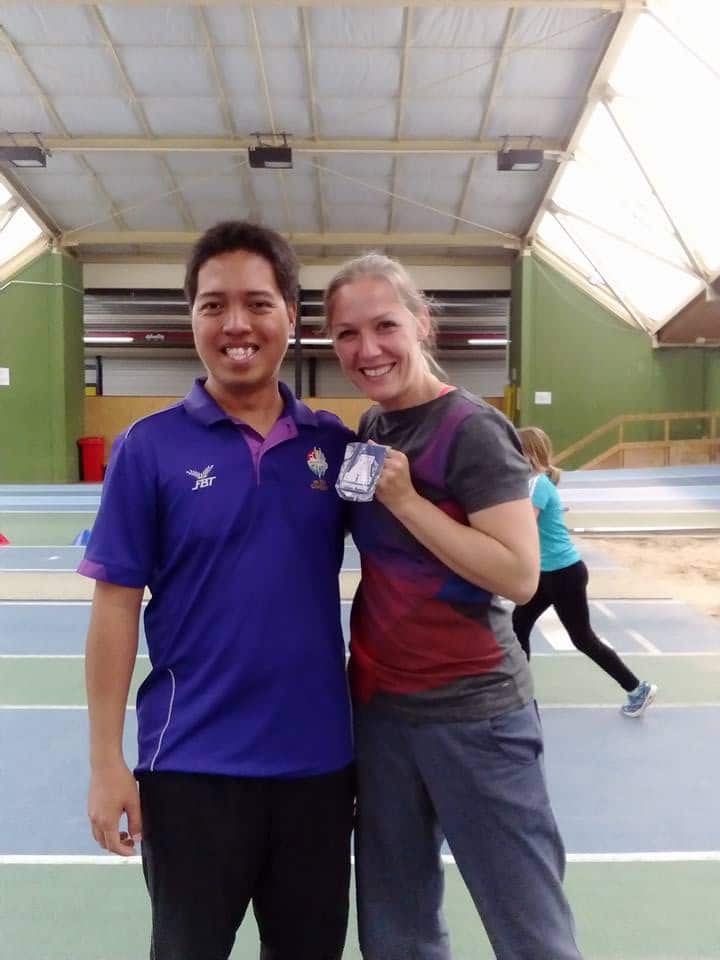 Former German National Champion in sprints Catherine Tschirch. Train athletes in the state of Baden-Wurtemburg. And part of the roster of regional or state coaches that compose the German Athletics youth Athletics system.

I noticed that as well that most officials and trainers are very young. Certification programs are available to different regions and communities regularly. Even students, especially those taking sports science and physical education, are involved in training, officiating, and sport management.

As we noted earlier, the programs are freely discussed and shared in different media forms, and any criticism is considered fair. Also, those aspiring coaches and volunteers are given equal opportunities to contribute to different events. Above all, their communities’ dynamism is seen in the youth involvement in organizing and managing the events.

Dr. Norbert Stein of German Sport University cited that coaches should treat grassroots programs, especially for children, as a long process, which means young athletes are not young adults. At a young age, form and movement patterns are the ones that should be focused on and not just for the sake of medals or prestige.

Grassroots programs include training camps that are set way ahead of their respective competitions. And its content mostly is the familiarization of technique and not grueling workouts. Also, young athletes have a chance to try most of the events in Athletics.

Only around 16 or 17 years old when the athlete is ready to specialize based on their performance. Schools or universities are utilized as venues. And the sports coordinator of the university has no word on the training programs. But maintains a close contact as the earlier is responsibility is given to the coach who is liable during the training period.

During the 2017 German University Athletics Championships in Kassel, Germany. It is the primary basis of student-athletes if they want to be considered delegated in the upcoming Universiade or World University Games. They must hit certain standards raised by the German Sports University Federation. Which is the lone governing body for University Sports in the said country?

In every event, there is a chance for athletes to bond and know each other. During the 2016 European Athletics Championships. The last days of the competition are for the Young Leaders Congress, where all delegates, including volunteers, must attend.

Here, they decide the next host city of the championships and offer information exchange and volunteerism venues. Athletes, officials, and volunteers work hand in hand. And in my personal experience, Mr. Thorsten Hütsch, director of the Allgemeiner Deutscher Hochschulsportverband (adh) (German University Athletics Federation went the extra mile. By personally hosting a  visitor like me in their house and joining their travel to the venue. I saw as well that top-ranked officials are truly hands-on in different tasks. And not just sitting at the comforts of their office. It might be said that these examples are not applicable in the Philippine setting. Therefore we can adopt some of this in our way and perhaps this might help how we improve our programs.

Also, every experience should serve as a lesson learned and properly considered, even if it won’t be pleasing for other people’s mindsets. Above all, as a coach and former street parliamentarian, I see the value of continuous self-assessment and criticism as part of personal development. In conclusion, I think it’s about time to adopt this in the sport we love, Athletics.

Comments and suggestions? Could you email me at [email protected]?