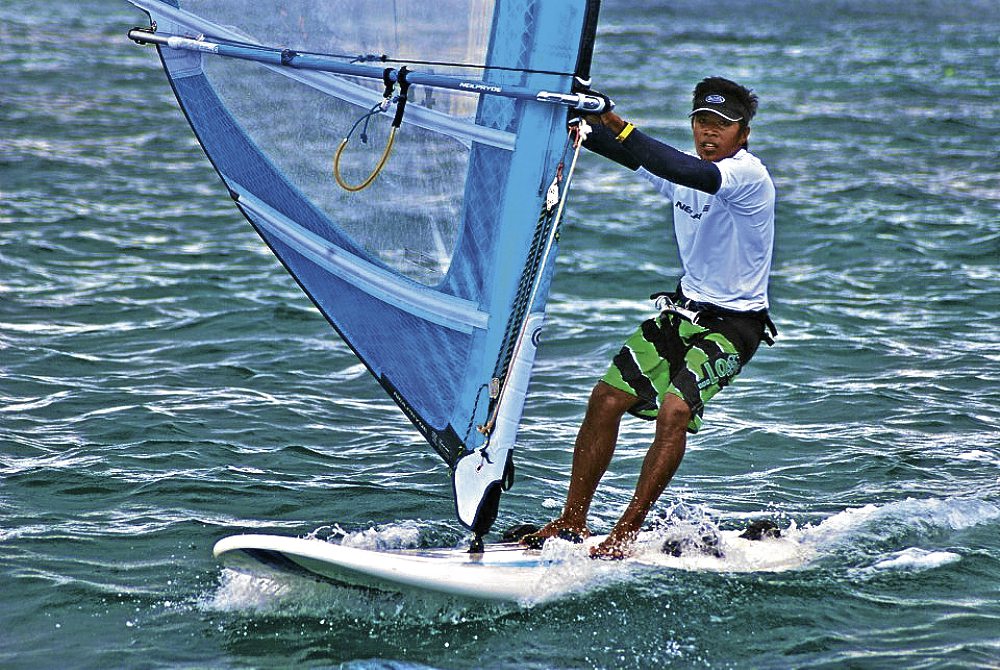 Much had been expected from the 36-year-old Coveta, who served as the country’s flag-bearer in the 2014 Asian Games. After all, he’s a defending world champion–he dominated the RS: One World Championships in Vietnam last June.

A SEA Games gold would have been a nice addition to his growing collection. But despite having it in the bag this year, he opted not to take it as there are things more important than winning.

Chrys Fernandez, who had the full untold story behind Coveta’s campaign in Malaysia, shared with InterAksyon why Evang’s silver still felt like a golden feat. His full account below: 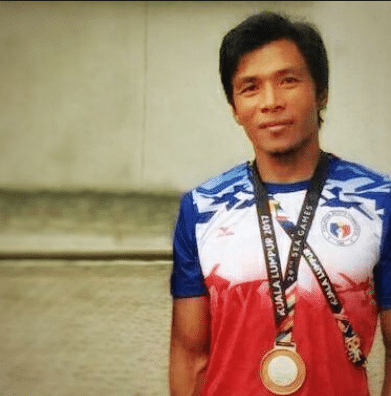 No. This isn’t some feel good post about coming in second being good enough because we tried really hard. It’s also not bemoaning any poor officiating that robbed us of a win. No. We came home with the silver and the Thai sailor won the gold fair and square and we salute him for his achievement.

But there’s a little back story to this piece of silver metal we’re bringing home from the recent SEA Games. Something that we thought was worth sharing in this day and age where a ‘win-at-all-cost’ and an ‘us-vs-them’ mentality prevails.

Through the first three days of sailing from Wednesday to Friday, Evang had built up a good lead over his competitors. Three first place finishes in six races had him five points ahead of the pack. Thailand was close, but Evang was sailing confidently and those of us who were following the daily updates from the team were allowing ourselves to smell a whiff of potential gold.

Then on Saturday came a little slip. On the first and only race of the day (Race No.7), Evang turned the wrong way on a buoy. Now, this doesn’t mean he sailed a shorter course than his rivals as it was just the wrong way around the buoy, but rules are rules and it was an infraction that could invalidate his results for that race if any team protested. He ended up finishing first in that race, and in what was becoming a tight contest with Thailand for the top spot, he truly needed those points.

In fact, with only one day of racing left on Sunday, a gold medal would have been almost a sure thing if the results from Race No.7 stood. But the other teams had an hour-long window after Saturday’s only race to protest the wrong turn and invalidate Evang’s points for a first-place finish. Except — no one did!

After years of hard training and sacrifice, with the gold medal within your grasp and the rule books in your favor – a lesser man would have just seized that good break and take the easier route to the top of the podium. But this was what we found out clearly and unequivocally in the Games – Evang is NOT that lesser man.

After a quick consultation with the team coaches, Evang went up to the Games officials to report his wrong turn in Race No.7, thus invalidating his much needed points for his first-place finish there. Even if this meant that, all of a sudden, he had no lead and had no points cushion to ensure a gold medal win. Without those points it was all going to come down to Sunday’s race.

We wish we could report a Cinderella ending but on that Sunday, the man from Thailand was just the better sailor, edging out Evang for the top spot at the podium. But we know the small act of integrity that swayed the results — but showed his true character, and we thought you should know too.

Yes, he came home with “only” the silver on his chest. But we know that inside — he’s got a gold medal heart.