As long as the length of the longer boundary lines (touchlines) is greater than the length of the shorter boundaries where the goals are positioned, it can be between 25 and 42 meters (27 and 46 yards) in length and between 16 and 25 meters (17 and 27 yards) in width for other matches (goal lines).

An international futsal court is 40 by 20 meters (44 by 22 yards) in size.
The height of the ceiling must be at least 4 m (4 yds). In the center of each goal line is a rectangular goal.

On the rear of the goalposts and crossbar, hemp, jute, or nylon nets are fastened. The lowest portion of the netting is fastened to appropriate support, such as curved tubing. 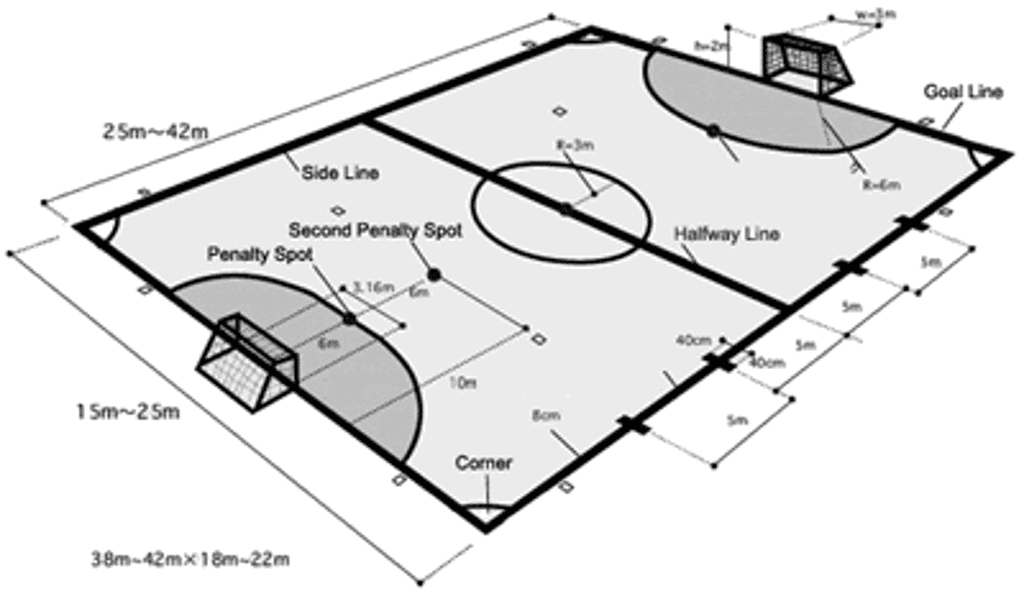 When it reaches the middle of the goalposts, the second penalty mark is 10 meters (11 yards) from the goal line. If a player fouls inside the penalty area, they will receive a penalty kick from the penalty spot. 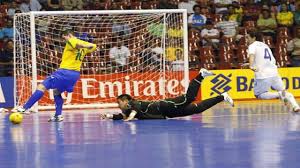