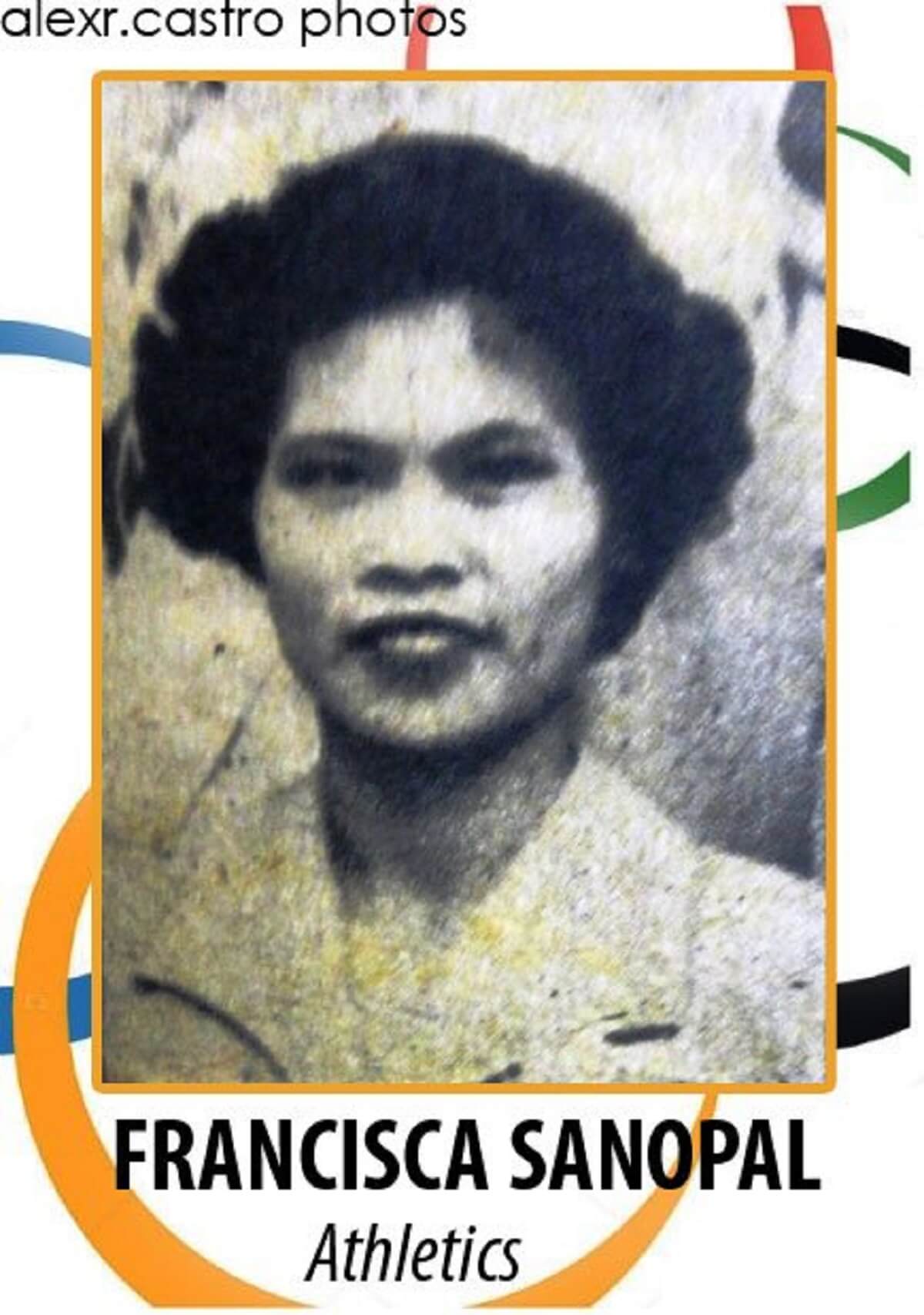 Francisca Sanopal was born in 1931.

Sanopal was part of Fructosa Soriano’s powerhouse stable of women’s athletes at the Cebu Institute of Technology (CIT), which dominated Women’s athletics in the Philippines during the 1950s and 1960s.

At the 1953 National, Open Sanopal was 4th in the 200m behind Solis. She won the Intercollegiate 100m title in 1954. Playing second fiddle to Manolito Cinco for many years in the 80 Hurdles.

The following year Sanopal had her breakthrough and broke the National Record of Cinco (12.2) with a 12.0 effort.

Sanopal went to the 1956 Olympics in Melbourne. Finishing 5th in Round 1 in 11.8 for the 80m Hurdles and was eliminated.

In 1958 at the age of 27, Sanopal won her first individual medal in the 80m Hurdles at the Asian Games, finishing second behind Emiko Kamiya of Japan, with both of them tying the game’s record in 11.6. She took a second silver in the 4×100 with Inocencia Solis, Rogelia Ferrer and Irene Penuela. Cinco, the other Filipino in the race, took third.

In 1959 at the 5th National PRISAA, Sanopal clocked 12.4 to finish behind Solis in the 100-meter dash. In 1960. She won the 6th National PRISAA 100m Hurdles title in  Cebu from her CIT teammate Salome Banate.

In 1961 she joined the Singapore and Malacca Open on both occasions, finishing runner up to Visitacion Ribagorda in the 80 Hurdles.

Francisca Sanopal Highlight of her Career

At the 1962 Asian Games in Jakarta, now 31, Francisca Sanopal repeated her silver medal in the 80m Hurdles. This time behind another Japanese athlete Ikuko Yoda who ran 11.5, Sanopal clocked 11.9.

However, her defining moment was winning the Asian Games Gold medal in the 4×100 with Solis, Mona Sulaiman, and Aida Molinos. They were given the narrow win over Japan with 48.6 and a new games record.

Francisca Sanopal passed away prior to 2021.