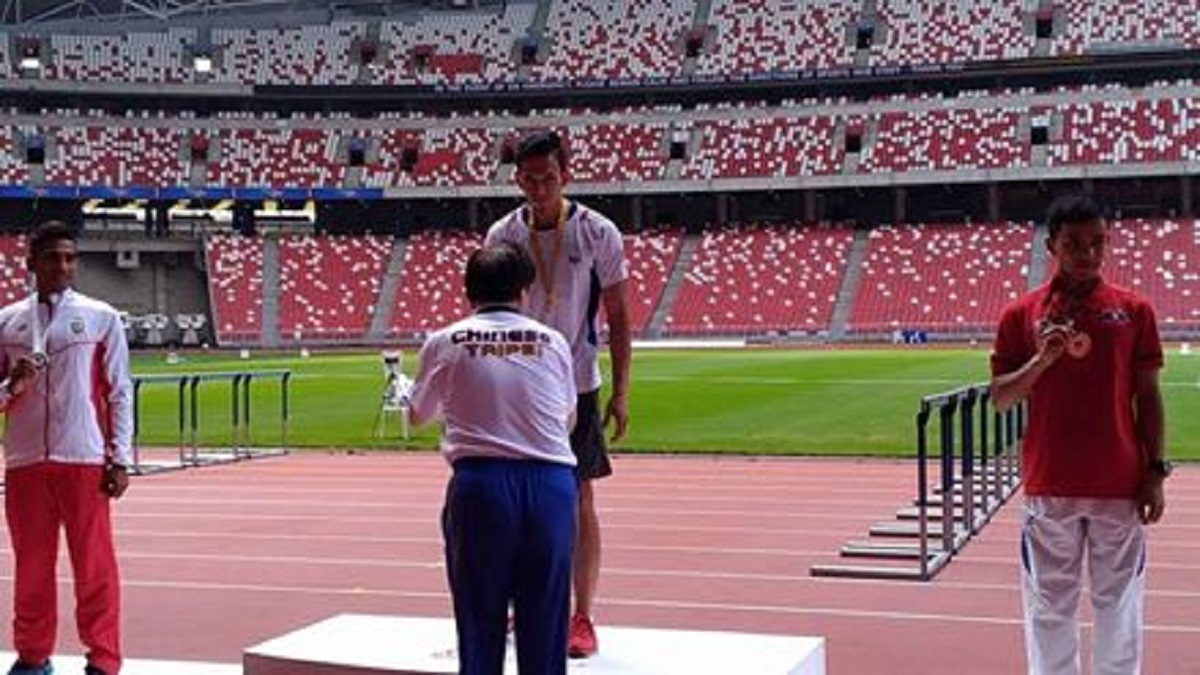 Francis Medina had a significant breakthrough in winning the gold medal in 400 Hurdles for the Philippines at the Singapore National Open. Francis Medina timed 51.30 to book a plane to Malaysia as the SEA Games bronze standard is 51.36.

Running on the same track at the Singapore Sports Hub, where Eric Cray broke the SEA Games record. Medina’s win put yet another Filipino on the podium. At the same time, this came at the expense of Andrian of Indonesia, the 2015 SEA Games Bronze medallist, who had to settle for silver in 51.59.

He will now join defending Champion Eric Cray at the SEA Games in the 400 Hurdles.

Under the supervision of an American specialist for the last couple of weeks. Medina battered his previous best of 52.82 from the Philippines National Open end of March to 51.30. Griffin, even though working with Medina for a few weeks post-national open, had a big improvement.

Before this Medina, his improvement in 13 months was only 53.26 to 52.82 or .44 seconds on the national program. Griffin had applied a particular training program to Medina, which led to a big improvement, focusing on speed, running form, and technique. 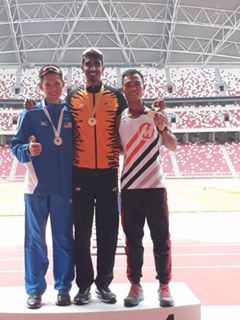 Meanwhile, JR Lasangue, a former member of the national team who had self-funded support from his company Meralco took Bronze in the High Jump Men’s for the Philippines. Lasangue leaped 2.09m, his PB is 2.11m set at the 2015 Weekly Relays last December.

SEA Games qualifying is 2.11m as that is Bronze. It will depend if PATAFA is willing to accept performance from December 2015 to qualify for SEA Games. However, Lasangue has opted to self-fund again to Thailand Open next month to try and qualify. The SEA Games cut-off is the first week of July.