Filipino by Blood – What is wrong with Half Filpino’s representing the Philippines? 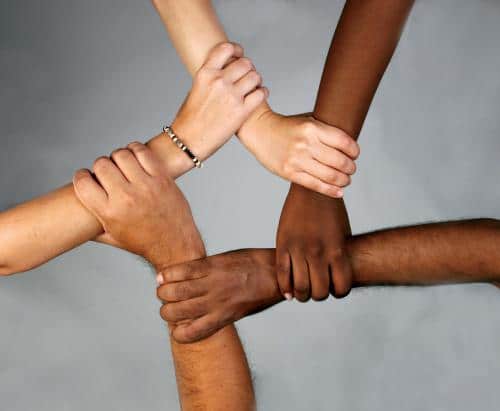 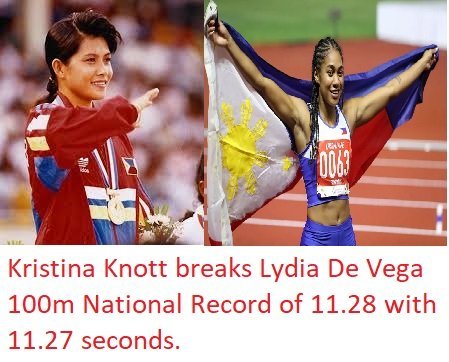 It disappoints me quite a bit to see comments regarding Kristina Knott’s recent 11.27 Philippine National and South East Asian Record. In which she recently broke the legendary mark set by Lydia De Vega of 11.28. While a lot of people cheered her on the naysayers had their say as well.

“She is not Pinoy”

“Lydia De Vega was purebred Pinay. Not a mix”

Surfaced in response to Pinoyathletics posts on Knott’s recent achievements despite being Filipino by blood.

For the record Yes Kristina Knott is half Pinoy so Filipino by blood. Her mother Rizalina Lamb Cayetano is Filipino from Cavite, the Philippines moving to the United States in 1976. Knott as she has a Filipino mother by international rules and Philippine sports rules is eligible to represent the Philippines which she has been doing the last few years.

Filipino by Blood A Question of Race?

If being pure Filipino is the topic here, historically speaking. Filipinos are product of all the races that came to our countries since time immemorial.

Also please note the Philippines has not resorted to Athletics to the steps taken by Middle Eastern Countries of importing/buying athletes who have no Heritage from the countries they are representing. Middle Eastern countries get Kenyan, Morrocan, Ethiopian, Jamaican, Nigerian athletes in their Track and Field squads.

Filipino by Blood – My Own Take on this

Having been a sprinter myself what everyone else sees’s is only the tip of the iceberg the success. All the sacrifices, sweat, and barriers are easy to overlook. Even though I had different origins my father was British my mum was Ilocano Filipino. I grew up in New Zealand.

I can sympathize with the fact that she even went and lived with the Filipino Track Athletes in the Philippines and trained with them. As that is what I did about 15-20 years ago. Although I was nowhere near the same level of achievements of Knott.

Some of the best friends and memories you will ever make are in those dugouts under the oval.

Filipino by Blood - What is wrong with Half Filpino"s representing the Philippines? | Pinoyathletics.info from Philippines

Fil-Heritage athletes are nothing new in the National Team. Firstly I coined the term Fil-Heritage in 2013 when I was working for the PSC. And has most things or Ideas I come up with. Adopting the term widely by the Filipino Athletic Community.

If we think way back to 1936 there was Miguel White the Olympic Bronze medalist whose half American blood gave him a height of 5’11 which was tall in those days for a 400 Hurdler. White was the last Filipino to win a bronze medal at the Olympic Games. Defending the Philippines from the Japanese in 1942, Miguel White died.

It was many years later in the 1960s a tall 6’0 Visayan athlete named Josephine De la Vina who had a Mexican father became our greatest ever Female athlete making 11th in the final of the 1968 Olympic Games in Mexico.  To this very day, De La Vina Philippines national records in the Discus have stood for 55 and 49 years respectively with nobody even getting anywhere near close. Big Jo national record of 54.71m would still have landed her silver in the 2019 SEA Games some 48 years later. Jo grew up in the Philippines and was part of the now-forgotten Fructosa Soriano powerhouse Cebu Institute of Technology (CIT) team which dominated Philippines women athletics in the 1960s.

The late great Josephine Dela Vina who was inducted upon the Nomination of Pinoyathletics to the PSC Hall of Fame a few years ago famously said this.

There were several talented Fil-Heritage athletes prior to Gintong Alay such as Bobby Moore. But none of them to the same level as De La Vina. Take into account though the Philippines didn’t join the SEA Games until 1977.

It wasn’t until the late 1980s and early 90s  a new set of Fil-Heritage athletes emerged. This all started with ‘The Juice’ Luis Juico (the nephew of the current PATAFA President) who showed promising talent at an early age winning 2 silvers at the SEA Games in High Jump and setting a Phi Junior Record of 2.16m that still has not been broken since 1987.

Juico was followed a few years later by two friends from the United States Bruce Ventura and Edward Lasquete. Bruce held the Phi Record in the Shotput for many years before Baguio’s Eliezer Sunang broke his mark a few times. Lasquete went onto win 3 gold medals at SEA Games and qualify for the Olympics holding the Philippine Pole vault record for many years before it was broken by EJ Obiena.

The next big revival of FIlams did not come until 2005 via the efforts of Jerry Cablayan and Jim Apelar who set up an earlier version of the Fil-Heritage program. Bringing over 15 Fil Americans to the 2004 National Open. Of this batch 2 of the 15 were good enough to win SEA Games medals.

At the SEA Games in 2005 Perona was not selected for the individual 100m and Aing and Candelario went 1-2. He did however join the 4×400 and helped the team which also included Julius Nierras to win a Gold  Medal. Also in that team was Deborah Samson who held the Philippine women’s pole vault record for many years.

The revival of Fil-Heritage Athletes in the National Team 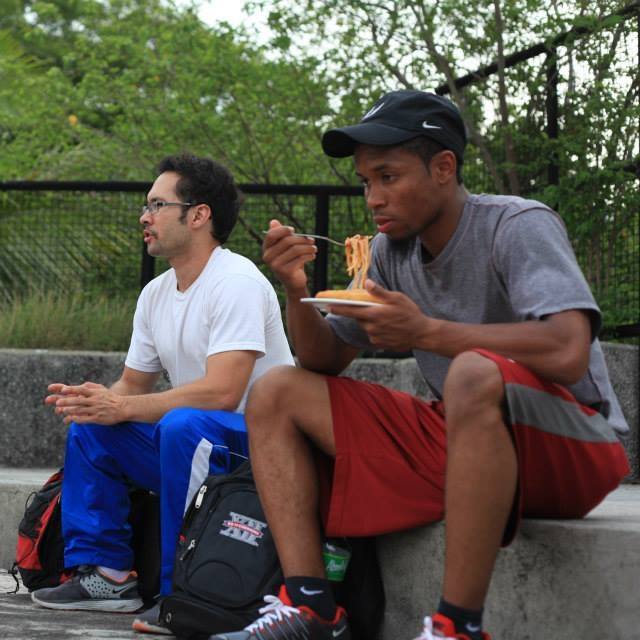 There has been a deluge of Fil-Heritage athletes representing the Philippines. This is nothing new.  The revival really came in 2013 when Eric Cray contacted me after he had been largely ignored by the PATAFA on their old multiply site in 2012. I contacted the aging Benjamin Silva Netto the secretary General of PATAFA to seek his help with Eric. After persuading Eric I wasn’t trying to scam him. He finally presented me with a copy of his Filipino passport I passed onto the PATAFA. Doing all this before I even started working for the PSC. I took a real risk helping Eric Cray. I didn’t have the resources to back him. And I knew it would be a huge blow to my reputation if this didn’t go well.

In fact, there were a number of things that could not have gone well. He could have flopped and not performed well. Doing my research  I could see Eric’s best time of 50.46 passing the Philippine 400m Record. One thing I noted with Eric is compared to any other FIl-Heritage athlete I worked with. Eric had the biggest culture shock. He was born n Olongapo but had not been in the Philippines since he was 3 years old. He really did not have any memories of the place. And he was very uncomfortable with his surroundings.

I admit those early days were very tough for me and Eric. And involved a lot of shouting matches between me and him. Me and sports officials. And Eric and sports officials. At stages, Eric probably felt like just jumping back on the plane and going back to the United States. Leaving this terrible situation he was clearly not very well prepared for. Fortunately, we had some backing from the PSC to help later on even though it was still a struggle to keep everyone happy.

It was really Eric that paved the way. He went onto win 4 SEA Games titles becoming the greatest Hurdler in SEA Games History, an Asian Championship medal, Break the national record of Renato Unso several times from 51.26 to eventually 48.98 from 2013 to 2016, and also not just an Olympic qualifier but made the semi-final in the Rio 2016 Olympics. Not to mention his records in other events. including his EPIC 100m Gold Medal at the 2015 SEA Games in Singapore in 10.25. Which I will never forget for the rest of my life.

I left the PSC in 2015, having helped Eric. Trenten Beram was the last Fil-Heritage athlete I lent my assistance to but then had to pass the responsibility onto PATAFA as I no longer had the resources to help with his passport at that stage. I feel that Eric Cray really was the pioneer here. He really paved the way for giving opportunities for a group of Fil-Heritage athletes to represent the country.

Knott even said in an interview with Pinoyathletics co-Founder Airnel Abarra. Eric Cray helped her a lot with moral support and guidance in the early days. Along with her 2 coaches Griffin and Buzzichelli.

Encouraging open discussion and allowing everyone to have an opinion is encouraged by Pinoyathletics. Ridiculing someone because of their origins is a personal attack. While I do respect well-researched arguments. I draw the line at personal attacks.