Fil-Heritage Athletes Philippine Passports NO Passport = No RANKING or WRITEUPS 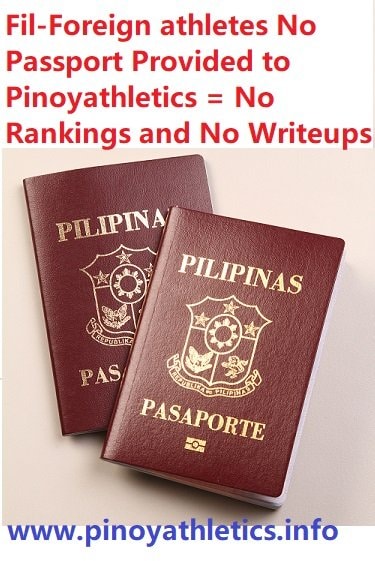 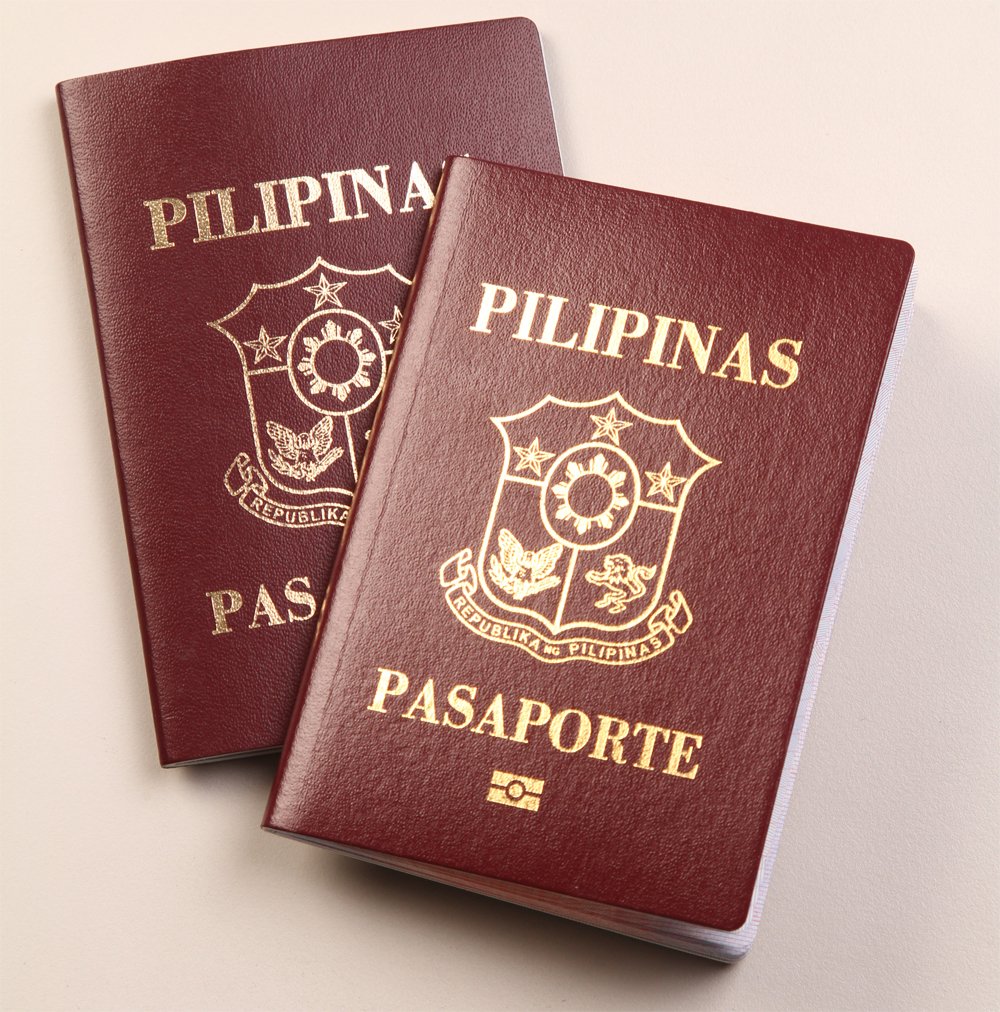 I have been getting a lot of queries by athletes of what they need in order to represent the Philippines. This article will save me a lot of time from having to relay repetitive generic information.

This compulsory requirement has been endorsed by our National Sports Association, Philippine Track and Field Association (PATAFA). 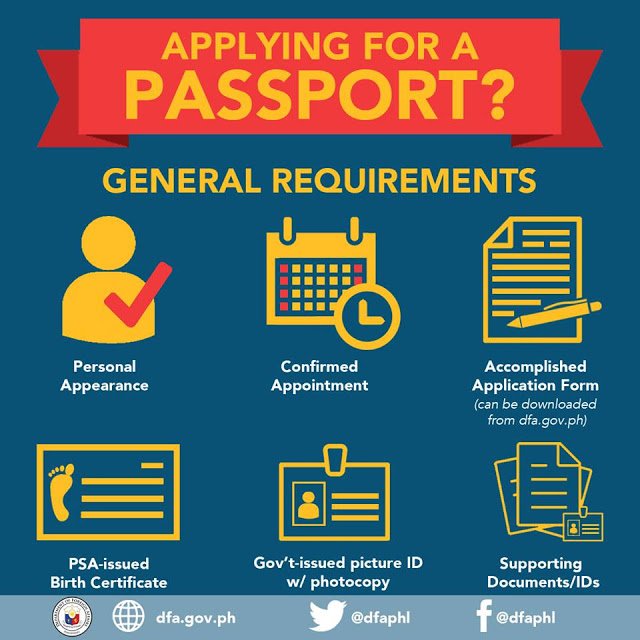 Fil-Heritage athletes must present a Filipino Passport to be eligible for the following.

Anyone who is serious about representing the Philippines will obtain a Filipino Passport in order to do so. It takes around 3-6 weeks and costs around $100-200 USD/AUD. I do not guarantee that all overseas Fil-Heritage athletes will be eligible for a Filipino Passport.

Please note the times below are the minimum performance if you will contact [email protected] to be on the Ranking List.

Olongapo is born Eric Shauwn Cray a graduate of the University of Oklahoma. Became the fourth Filipino to ever win the SEA Games title in the 400m Hurdles. He ended a gold-medal drought of 28 years restoring the historic 400m Hurdle title made popular by Renato Unso in the 80s to the Philippines.

Cebu born Jessica Lyn Barnard a graduate of Long Beach State in Los Angeles became the first Filipina ever to medal in the Women’s 3000m Steeples in the process jogging to a new national record of 11.04.84.

The success of Barnard, 23, and Cray, 25 brought honor to the Philippines. In 2013 we saw the emergence of a new breed of athletes both local and Fil-heritage. These fresh faces through the ranks helped fill the void left by the Athletes of the famous ‘Go Teng Kok’ army who are one by one retiring due to age.

While the contribution of Fil-Heritage athletes in athletics is nothing new. Some of the names listed below brought the sport to milestones.

Fil-American Miguel White 400 Hurdles (1936 Olympic bronze medalist one of only two Olympic medalists in athletics). White even died fighting for the Philippines against the Japanese in World War II.

Fil-Mexican Josephine Dela Vina (1966 Asian Games Champion and 1973 Asian Track and Field Champion, one of only 3 athletes to win both, and the longest serving record holder since 1965 junior record Discus and 1971 senior record in Discus). Dela Vina throws are still good enough to win the SEA Games today and they were done over 40 years ago.

Fil-American Edward Lasquete an Olympian and three times SEA Games gold medalist from 1991 to 1995 in the Pole Vault is the most successful in recent memory.

Perona Sacrifices his 400 spots to help the Team

Kashus Perona also of Long Beach state helped the Philippines win the gold medal in the 4x400m in 2005, he teamed with what the arguably the greatest all-round 4×400 relay team in the countries history. He teamed with three athletes who were SEA Games 400m Champions Ernie Candelario (2001, 2003), Jimar Aing (2005) and Julius Nierras (2007). Perona could have been a SEA Games champion himself but in true sportsmanship ended up conceding the spots in the individual events to the others. Perona had actually beaten Candelario and Aing at the 400m in the 2004 National Open and had the best time of 46.21 which ranks second on the all-time lists.

Deborah Samson won silver for the Philippines in the Pole Vault in 2007 and still holds the national record.

While many Fil-Heritage athletes since have expressed interest it’s a meticulous process that requires thorough analysis making sure they can at least win a medal at SEA Games. In the past, there have been Fil-Heritage athletes who were sent and failed to bring back any medals at entry international level aka.

SEA Games level and some who gave much higher expectations than they ended up capable of.

Now Another athlete has emerged who can win an event we have never won before at SEA Games. Stay tuned more on this athlete tomorrow……………..

Some memorable achievements from the Fil-Heritage Group in the last few years (not updated).

Tyler Ruiz – National Champion in the High Jump 2014. Played SEA Games. His best performance prior to getting phi passport is equal to the NR in this event. 2.11m so far this year. Needs 2.13 for SEA Games High Jump.

Cerah Moren – improved Javelin to 42.09m at 15 the youngest member of the Fil-Heritage group. Phi

I think that’s all out of the group that has passports.

Why Milo is not a healthy drink?
Eric Cray Articles Combinded an Full Profile
2021 SEA Games to be hosted by Vietnam