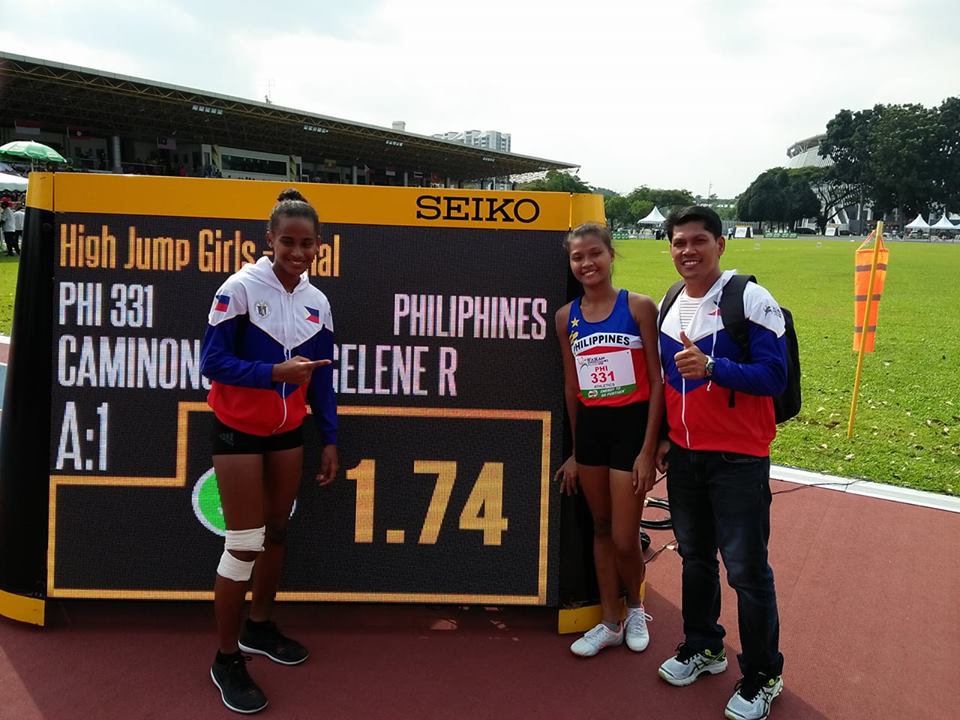 Evangeline Caminong continued to build on her National Junior Record increasing her personal best to 1.74m. The 18-year-old from Palawan, whose family moved to Dasmarinas also captured Philippine’s first gold. And what may have seemed like a very quiet morning with just 1 Bronze medal hardly making a ripple as the team slumped to 7th place on the first day.

Caminong had earlier reset the National Junior Record back in the first days of June at the National Open in Ilagan with her 1.71m effort.

Caminong started at 1.55m then had 2 fails at 1.72m with her Thai Opponent Chitkhokkruad clearing her second attempt at 1.72m it was made or break for the gold. Evangeline answered back with this pressure by surprising the stadium and clearing 1.74m on her first attempt. Chittkourad had 2 fails. Which gave Caminong her first international medal.  Caminong then had 3 attempts at 1.76m but failed on all of them.

Chittkourad got the silver, while Palaro record holder Alexie Caimoso who Caminong was second to at the 2018 Palaro took bronze in 1.69m (setting an official PB but still behind her 1.72m mark).

It was even harder a setback for the Vietnam athlete the defending champion who could only manage a disappointing 5th place. Anh had leaped 1.76m going into this competition but was nowhere near that shape some 13cm back with 1.63m. 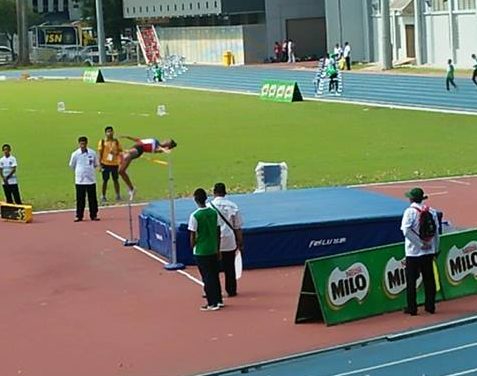 Evangeline performance was a big surprise

She came into the competition ranked 5th so was not expected to win.

Caminong Performance is the #2 all-time by a Filipina athlete as well as being a new Junior Record. Only Narcissa Atienza has ever jumped higher with her 1.81m National Record. She is no longer tied with former national record holder Corazon Magante (1.71m, 1985).

Caminong who is coached by Fernando Dagasgas is enrolled at National University. Gold, Silver, and Bronze’s last SEA Games was 1.83m.

We would like to take the time to thank the following people Mayor PIDI BARZAGA of Dasmarinas and Congresswomen JENNY A. BARZAGA and Division School Superintendent Manuela Tolentino. Respectively for believing in the athlete’s program, supporting financially and morally to help make her success possible today.