Eric Cray’s season didn’t end after making the Semi-Finals at the Rio Olympics.

Cray, who holds the South East Asian Record at 48.98, had his best run in Rio in the Heats finishing third in 49.05, before settling for 7th place in his semi and 17th overall in the semis.

He may not have made the top 8 and finals.

But Eric Cray made the whole Philippines proud.

From being culture-shocked to becoming as much part of the Philippine culture as Jollibee.

Eric Cray has come a long way in the three years he came to run for us.

Many doubted Eric as a one-hit-wonder who would be gone in a year or so when he realized the political difficulties competing for the Philippines.

Yet, she overcame these odds and continued to improve her performances by donning the Philippine flag.

In Rio, he drew the difficult lane 8 and clocked 49.05 in the heats to place third behind Keisuke Nozawa (Japan) 48.62, who had beaten Eric at a world challenge meet in Tokyo earlier this year Thomas Barr (Ireland) 48.93.

This performance was good enough to place Eric 14th of 24, who progressed through to the Semi-Finals.

Eric was in a stacked, world-class semi.

“It doesn’t stop because i had a bad race” said Cray in a video where he thanked all his fans and the people who had supported him on his journey.

Clement was a silver medalist in Beijing in 2008 but missed out in London in 2012. Took the gold in a season’s best 47.73 for the United States.

He held off Juander Santos of the Dominican Republic and Cornel Fredericks of the Republic of South Africa. 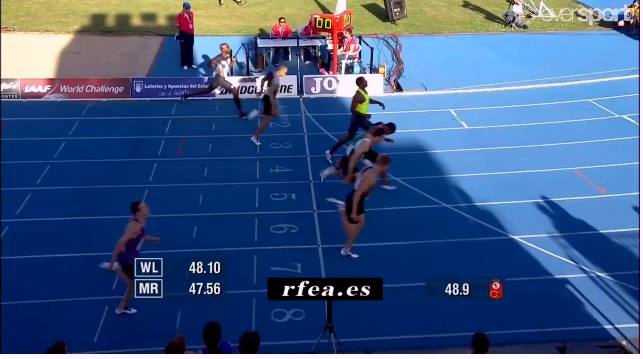 Again lowering his National and southeast Asian Record to 48.98 at the World Challenge Meet in Madrid on June 23.

Out slow but able to stick with the chasing group the last Hundred meters.

Anderson is the 2011 World University Games and 2008 World Junior Champion, holding a personal best of 47.93.

The powerfully built Anderson led all the way before Cray in the lane next door, and a few others started closing in after the last hurdle.

Anderson just hangs on, pulling Cray through to a new mark en-route to the Olympics.

And set cray’s previous 49.07 in the World Challenge series in Japan.

Cray, who is already comfortably qualified for Rio, improved again in his second 400 Hurdle race of the year.

Cray is the SEA Games champion and Record Holder in the 400 Hurdles. 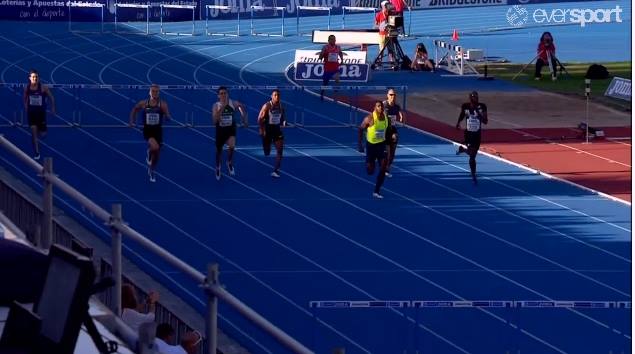 Eric Cray was the only athlete to qualify for the Philippines (400 Hurdles) in Track and Field so far (Deadline July 11) coasted through the 60m heats.

In this event, the Asian Indoor bronze medalist placed second in heat 3, behind the World Bronze medalist in the 100m Dash Trayvon Bromell of the United States. 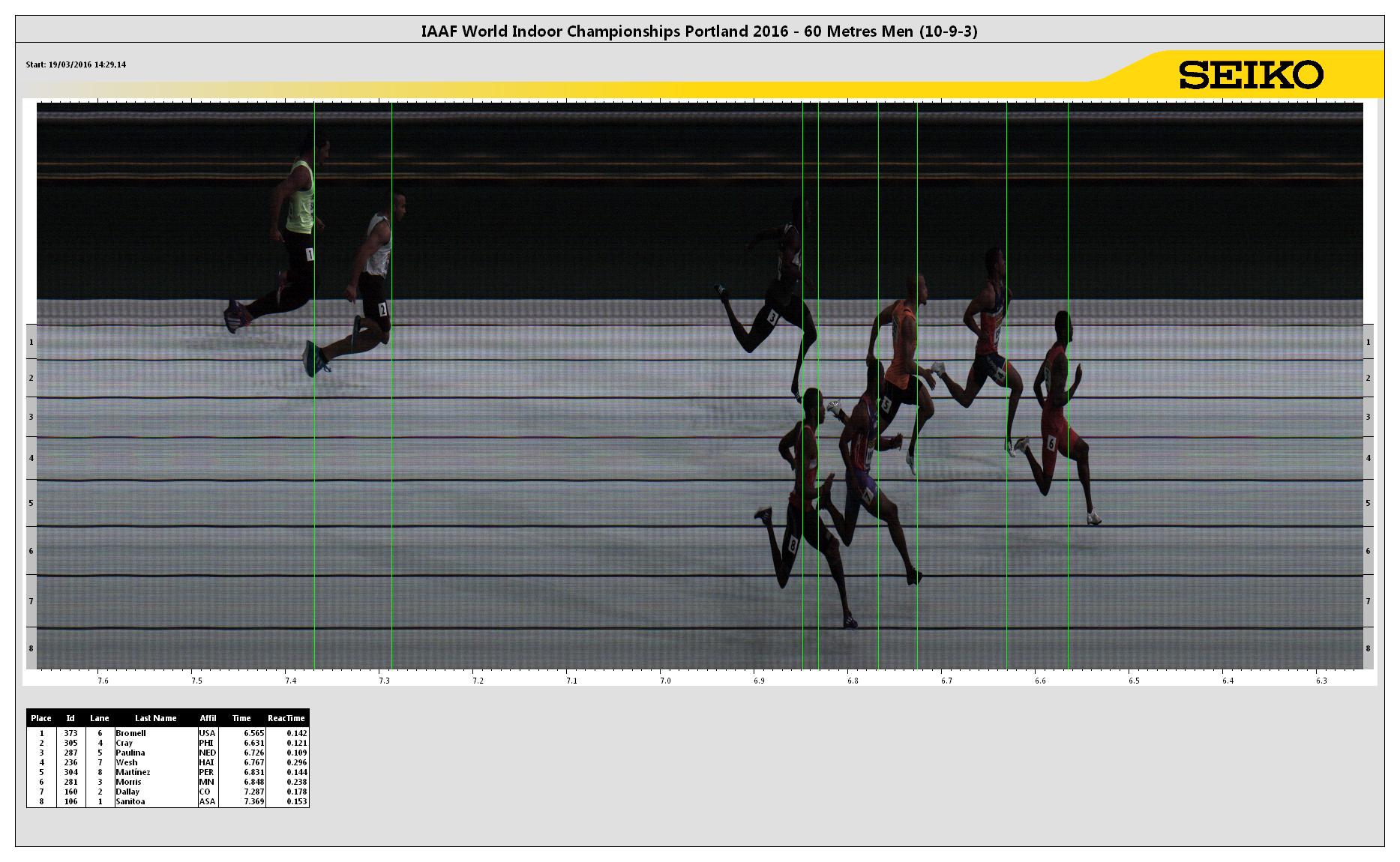 Cray got to take on an even bigger name in the 60m Dash. Well, at least for the first 10 meters.

He lined up with former world record holder Eric Cray of Jamaica, who clocked 6.44; Cray finished seventh in the semi in 6.67.

Crays’s time was outside his National and SEA Record of 6.56; he clocked last year in the United States and tied at the Semis of Asian Indoors, where he won the bronze medal this year. 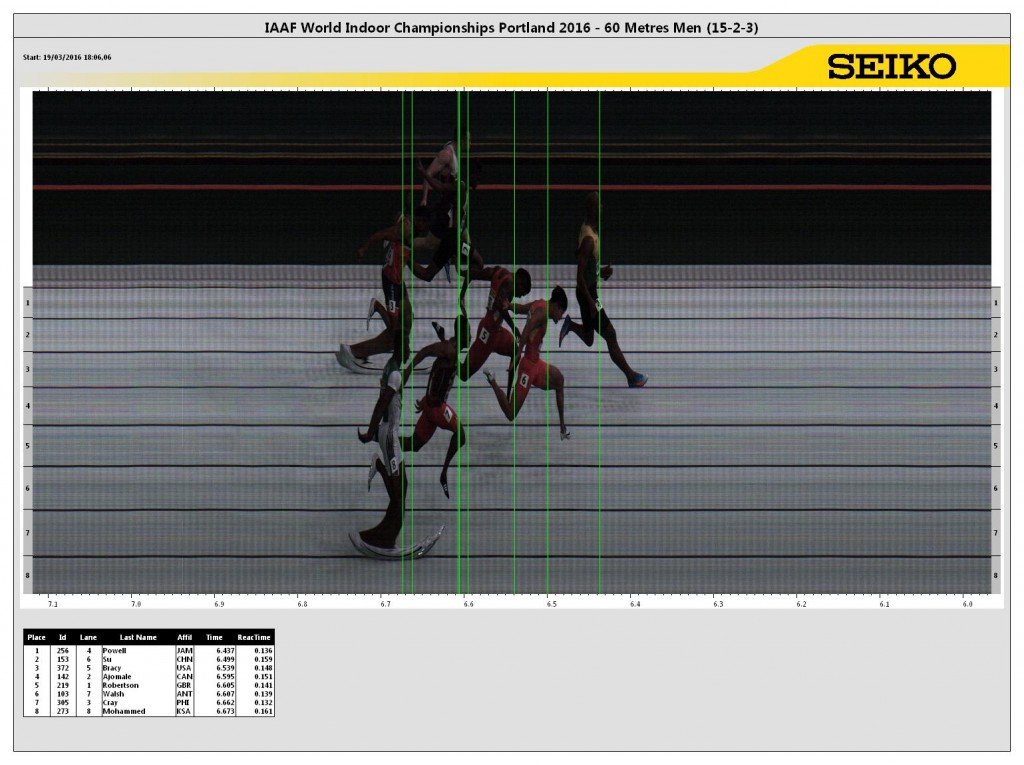 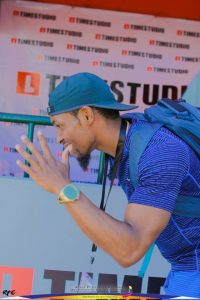 Eric Cray opened his season with a 49.07 400 Hurdles run, which broke his National and southeast Asian Record of 49.12 from the Cayman Islands last year.

Cray finished second behind Keisuke Nozawa, who ran a lifetime personal best of 48.67 for the win.

Cray’s first individual runs this year outdoors and over 400 Hurdles.

He had previously finished with a bronze medal at the Asian Indoor Championships in the 60m and ran in the semifinals at the world indoors.

He also helped an Airforce team run below the National Record in the 4×100.

So far, Eric Cray is the only Filipino Track and Field athlete who has surpassed the Rio Olympics qualifying standards.

The deadline is July 11, set by the IAAF/IOC for further entries. 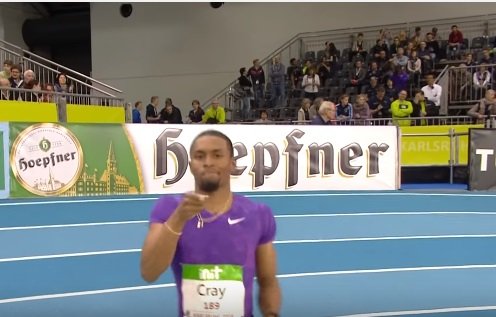 Eric Cray became the First Filipino athlete to land a medal at the Asian Indoor Championships.

Cray, the SEA Games 100 and 400 Hurdles Champion took the bronze medal in a time of 6.70 seconds, behind two Iranians.

Cray finished fifth place in this event in the 2014 edition.

Hassan Hossein took the win in a new championship record of 6.56 seconds, from teammate Reza Ghassemi took the race in 6.66 seconds.

Cray had a better run in the semifinals with a time of 6.57 seconds in the semis, tying his personal best and southeast Asian Record and setting a championship record.

He had the fastest time qualifying into the finals.

The fourth placer Calvin Kang Li Loong of Singapore, was fourth in 6.77. 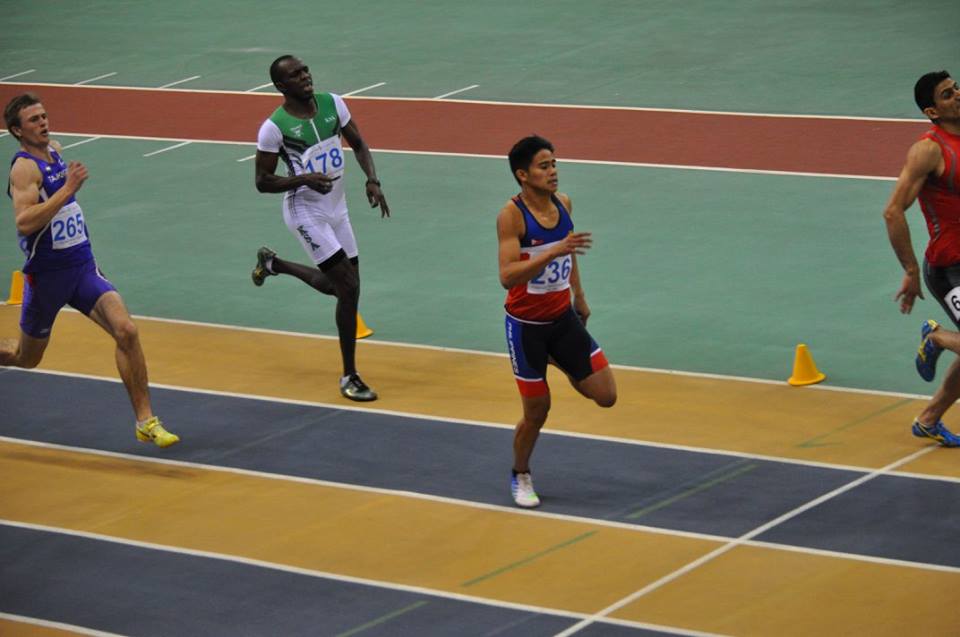 Eric Cray and Crew open up in Albuquerque (updated)

SEA Games 100m and 400 Hurdles Champion Eric Cray and a crew of Fil-Heritage athletes had their first meet of 2016 at the Cherry & Silver Indoors meet, at Albuquerque New Mexico.

Cray, 27, who is the only male athlete qualified for the Philippines so far in any sport, clocked 6.66 to top the heats of the Mens 60m. He was just outside his 6.57 National and southeast Asian Record but will get a chance tomorrow to better his time in the finals. Cray also clocked a smart 21.43 in the 200m to place second in the second race; this was just outside his 21.31 National Indoor record set last year.

Finally, Marc Nicolas, 20, another protege/former protege of former 3x SEA Games Champion and Ed Lasquette, opened the season with 4.60m in the Pole Vault. His PB is 4.90m.

Eric Cray ran two more rounds of the 60m. He improved his season’s best to 6.63 in the Semis (still .06 off his national and SEA Record); he then settled for second in the final in 6.70, being pipped by Mikel Thomas Trinidad, who clocked a new PB of 6.67. Cray met the 6.65 qualification mark for the World Indoors again. The qualification period being January 1, 2015, to March 7, 2016. The World Indoors is scheduled in Portland, Oregon, March 17-20.