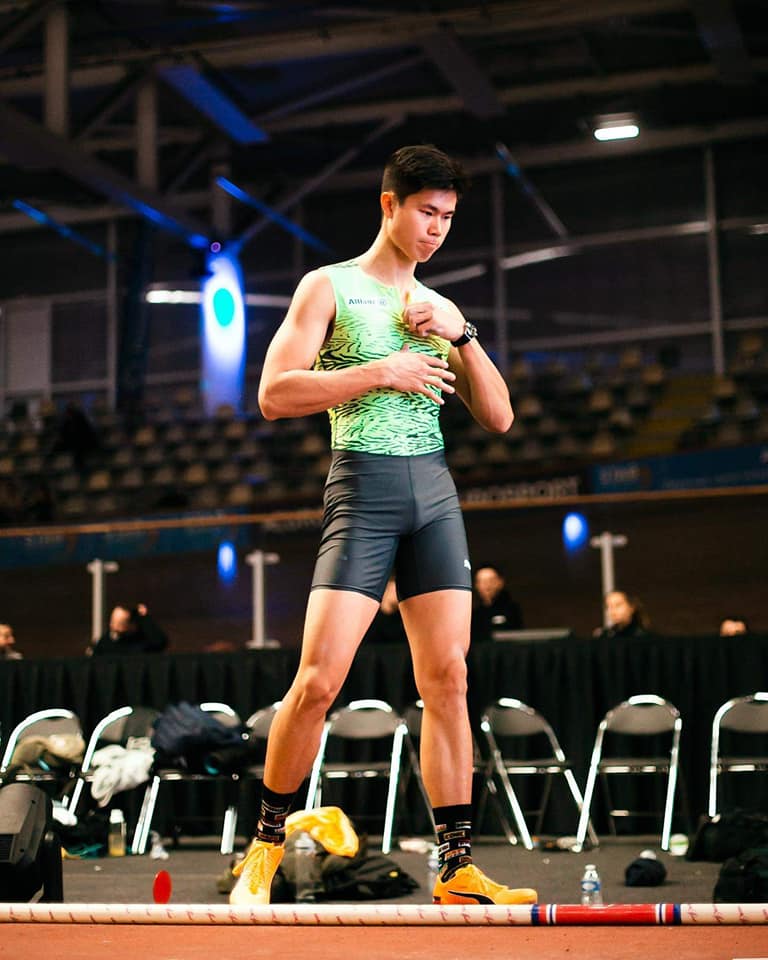 Ernest Obiena tied the Asian and Philippine Indoor record with a 5.91m leap, in Upssala at the Mondo Classic on Feb 2, 2023. The mark tied his record of 5.91m set in the Perche Elite Tour in France, Rouen France in 2022. The Mondo Classic is named after the man himself Mondo Duplantis the world record holder, who went on to win his own event in 6.10m. KC Lightfoot took second in 5.91 was KC Lightfoot. 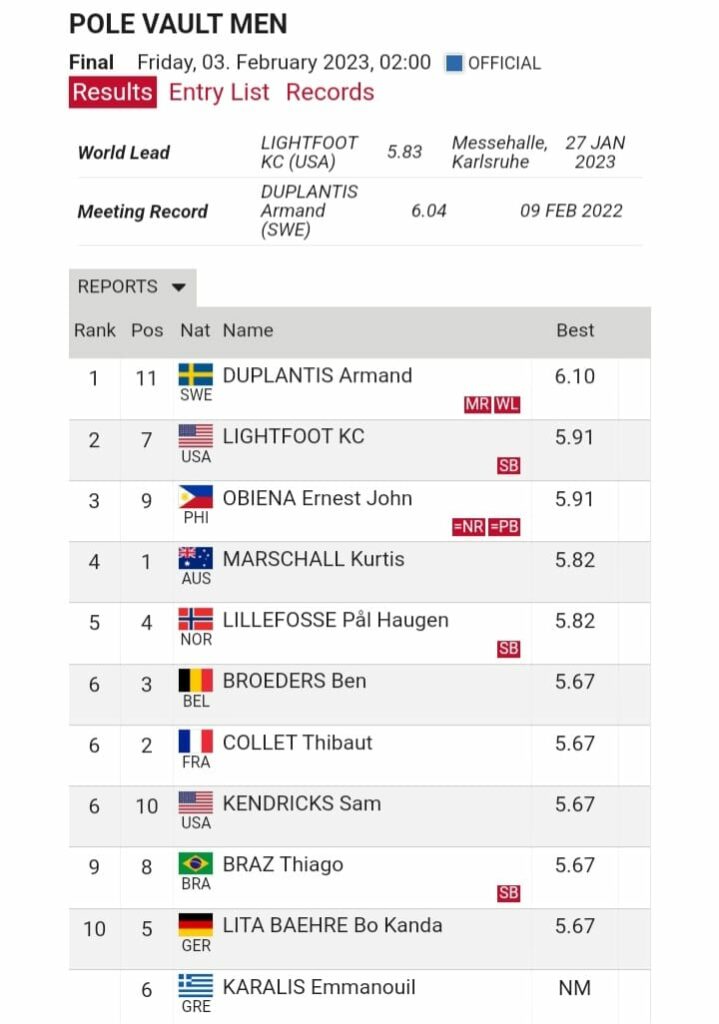 ATHLETICS | Ernest John ‘EJ’ Obiena will skip the February 10-12 Asian Indoor Athletics Championships in Nur Sultan, Kazakhstan.
Philippine Athletics Track and Field Association president Terry Capistrano told RP2 that the world no. 3 pole vaulter will not join the Philippine team in the continental meet due to a logistics problem.
However, Capistrano said that Obiena is still mulling a last-minute decision if he will proceed.
Obiena kickstarted his indoor season with silver and gold medal wins in Germany and France.
To avoid undue stress, PATAFA advised Filipino vaulters initially lined up with the team to reconsider their participation.
Others on the roster are SEA Games bronze medalist Hokett Delos Santos and former SEA Games champion Natalie Uy who initially begged off due to a knee injury.
Olympian sprinter Kristina Knott was the first to withdraw from the Asian Indoor Athletics Championships, reducing the team roster from 17 to 13 athletes. EJ Obiena participated again in Perche En Or in Roubaix, France. And the good thing is he won 1st place where he improved his jump to 5.82m. So, Congratulations EJ! This is your second win for 2023. ATHLETICS | EJ Obiena opened his 2023 indoor season with a 5.77-meter leap and settled for silver at Springer International in Cottbus, Germany (January 23). The Filipino world no. 3 pole vaulter was way behind gold medalist American Sam Kendricks who cleared 5.82 meters. Obiena had previously won with 5.61 meters in Padova a few days before (January 21). EJ will next compete in Roubaix, France on Saturday 28th January. He is also scheduled for the Asian Indoors in Kazakhstan on February 10 where temperatures are getting to -30 centigrade. here in Internationales Springer-Meeting with 5.77m. Cottbus you are amazing!!!
Swipe to see

the last vault of the night