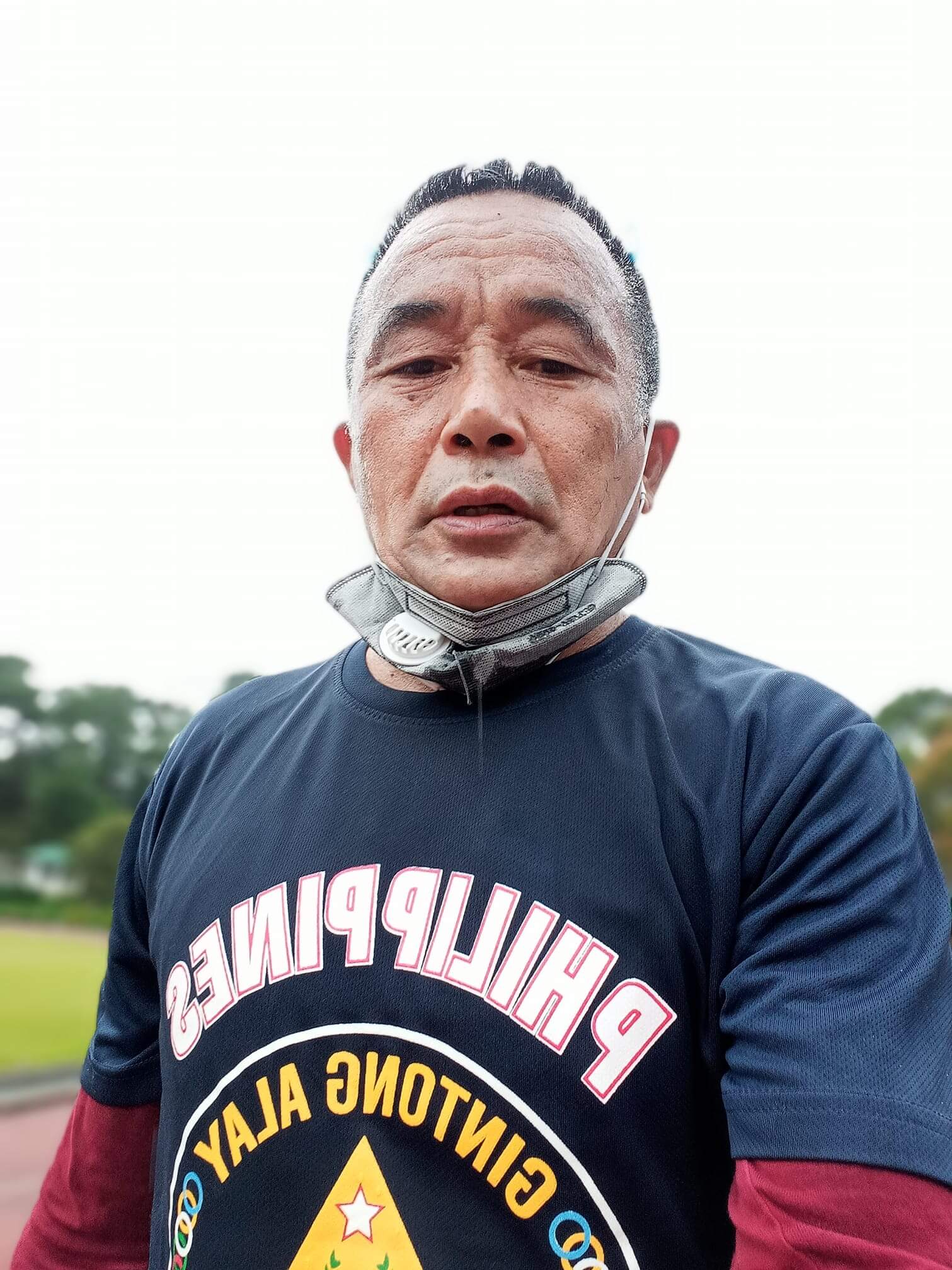 For a long time coming, I have wanted to include the Great Mario Castro. In Legends of Track and Field.

Arguably a few other coaches in our 40-year participation at the SEA Games, which began in 1977, have proven as much, even more so to be said, the Long Distance.

It shows a coach of this caliber who solely would like to Coach his athletes and keep out of the politics of the PATAFA. I came to have a great amount of respect for coach Mario and his legacy.

Not much is written on the quiet coach. Who would train his athletes in the rain sometimes

with his Umbrella and trademark raincoat remotely at the Baguio Teacher’s camp?

Castro worked with or directly coached a lot of Athletes who became SEA Games Champions. A lot of them are now Legends in their own right. It seemed not right for me that Mario Castro has been added this late as a legend. However, I had so little info on him this write-up may not give him the recognition he truly deserves.

Christabel Martes had 2 SEA Games titles in the Marathon 2001 and 2005. Martes also hit a good enough time to go to One Olympic Games but was not included in the final lineup.

Roy Vence and Allan Ballester, the 2001 and 2003 SEA Games Champions in the Marathon.

That is a total of 13 Gold Medals that can be directly attributed to Coach Mario.

And working with Coach Ojon Artiaga with Christopher Ulboc in his two SEA Games titles in 2013 and 2015 Steeples.

It’s of interest to note that when Mario was removed as coach by PATAFA. Presumably for not attending coaches’ meetings and other reasons. That the Philippines now fails to win any medal in Men’s Marathon.

We had a medal every year in the Men’s Marathon from 1997 to 2013 (except 1999 when no Marathon was held). In 2015 both Poliquit and Buenavista Did not finish. And in 2017, Jesson Agravante did not finish. We meddled in the 5000 and 10,000, but now we have no entries in these events. It’s important to note that our South East Asian rivals’ strength has dropped despite the fact.

He can be contacted on pinoya[email protected]