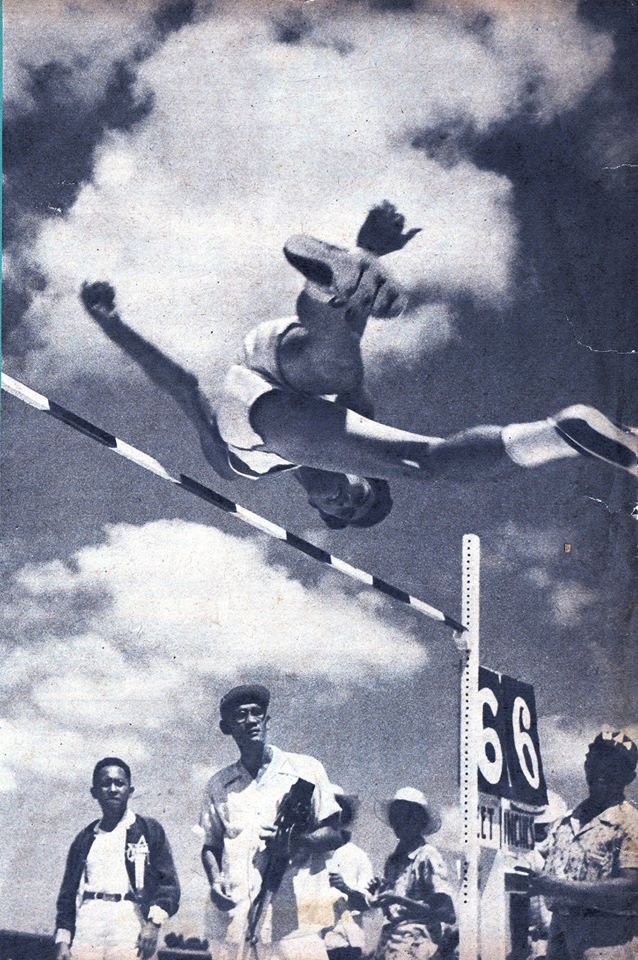 CAPTION OF PICTURE: BPSIAA meets Feb. 22, 1959. CIRIACO BARONDA tagged as one of the most likely to break Simeon Toribio’s record in the high jump. He holds the inter scholastics standard of six feet, 3-15/16 inches, which he set in the 1956 Batangas meet.

Following in the footsteps of Simeon Toribio and Andres Franco, Baronda became the top man in 1956 with Franco’s retirement.

And over the next 15 years, he would be the #1 High Jumper in the Philippines for 12 of those 15 years. He was unchallenged in his 20s and evenly matched with younger rivals Septim and Rogelio Onofre.

In the Melbourne Olympics, he cleared the qualifying height of six feet, 3-1/2 inches but failed at six feet, 5-1/8 inches to land 17th.

Ciriaco took the Bronze at the 1962 Asian Games in Jakarta with a 1.95m effort. The Highlight of Ciriaco’s career was finally breaking Toribio’s national record, which had stood for 30 years with a 2.03m leap.

Ciriaco proceeded to hold the Phi Record for 23 years until Arnel Innocando improved it to 2.07m in 1985.