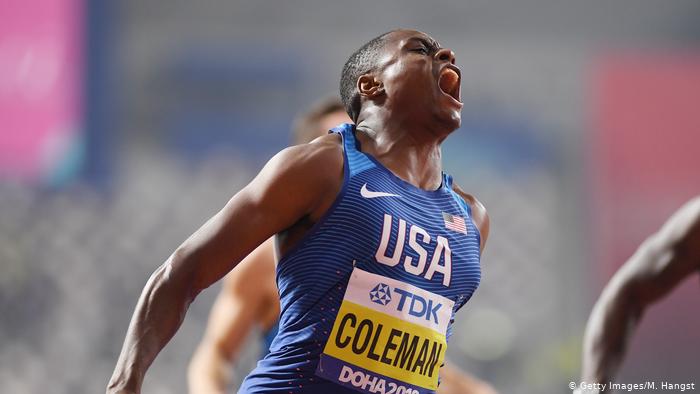 No matter how this ends, somebody is going to be unhappy

Following the sport of track & field requires one to deal with doubt. Cynics embrace it. Optimists try to ignore it. Realists grapple with it.

But it’s always there. It has been for decades — how can it not be in a sport where anyone with a brain can point to multiple world records set by obvious drug cheats that have been allowed to stand for decades?

It is a sad but inescapable fact that if you run too fast or jump too high, you will become the subject of doping speculation.

Fans have been burned too many times that some have lost the capacity to believe.

9.80 seconds in the men’s 100 meters is one of those “too fast” times. Let’s be clear: we should not assume guilt solely because of an arbitrary time; it is not fair to the athlete.

Still, of the 11 men in history to have run 9.80 or faster, nine have been handed a suspension for an anti-doping rule violation at some point in their career.

Maurice Greene was never banned but was alleged to have paid for steroids (an allegation Greene denied).

Only Usain Bolt — the fastest of them all — has never been suspended for an anti-doping rules violation or linked to doping.

Christian Coleman of Tennessee blasted 9.82 in the 100m semi-finals to break the NCAA record previously set at 9.89 by Ngonidzashe Makusha of Florida State in 2011. Mark was also a world leader for young Americans.

21-year-old athlete Christian Coleman ran the fastest time in the world for 2017 at the NCAA Championships. The young athlete shocked everyone as he pulled away from the rest of the field and clocked a staggering time of 9.82.

If he is successful there, Coleman will go up against the best athletes, including Usain Bolt and Andre De Grasse in London this year, and it will indeed be a race to watch. Some say that Usain Bolt will have to bring his “A” game if he wants to secure the men’s 100m.

Coleman has also run a very fast 200m of 19.85 during this meet. The Final will be later today. 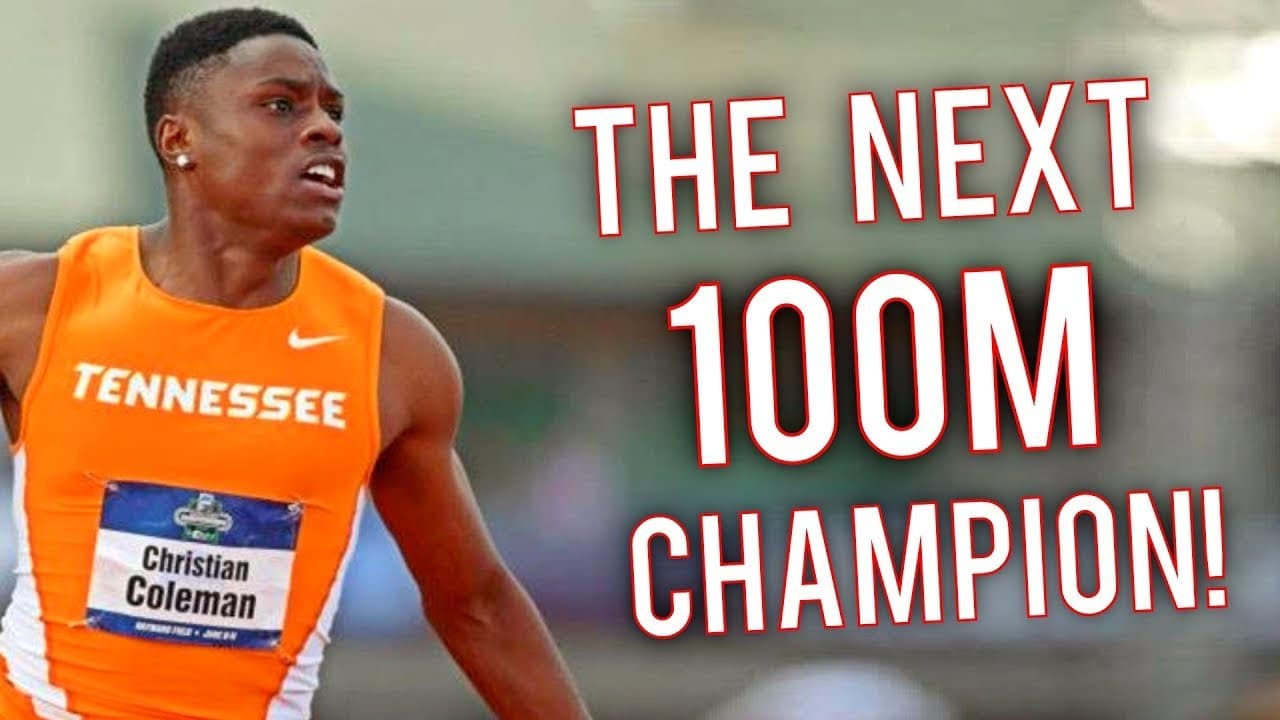 The mark still has to be ratified more on timing issues, measurements, etc., as no wind indoors.

Coleman knew something special would happen after winning his heat with plenty left in the tank in 6.47. His previous best was 6.45 at the NCAA Indoor Champs, and his 100 PB is 9.82. 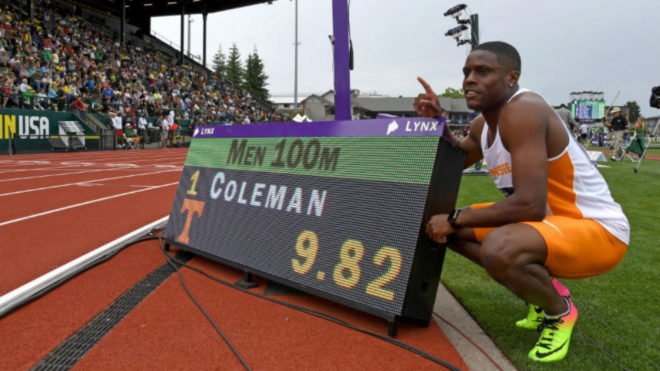 Christian Coleman of the University of Tenessee took both the NCAA 100m and 200m collegiate titles into strong headwinds. Coleman has the 10th fastest mark of all time and the NCAA Record with his 100m time in the heats of 9.82 (as of June 9, according to Jad Adrian Washif of www.adriansprints.com).