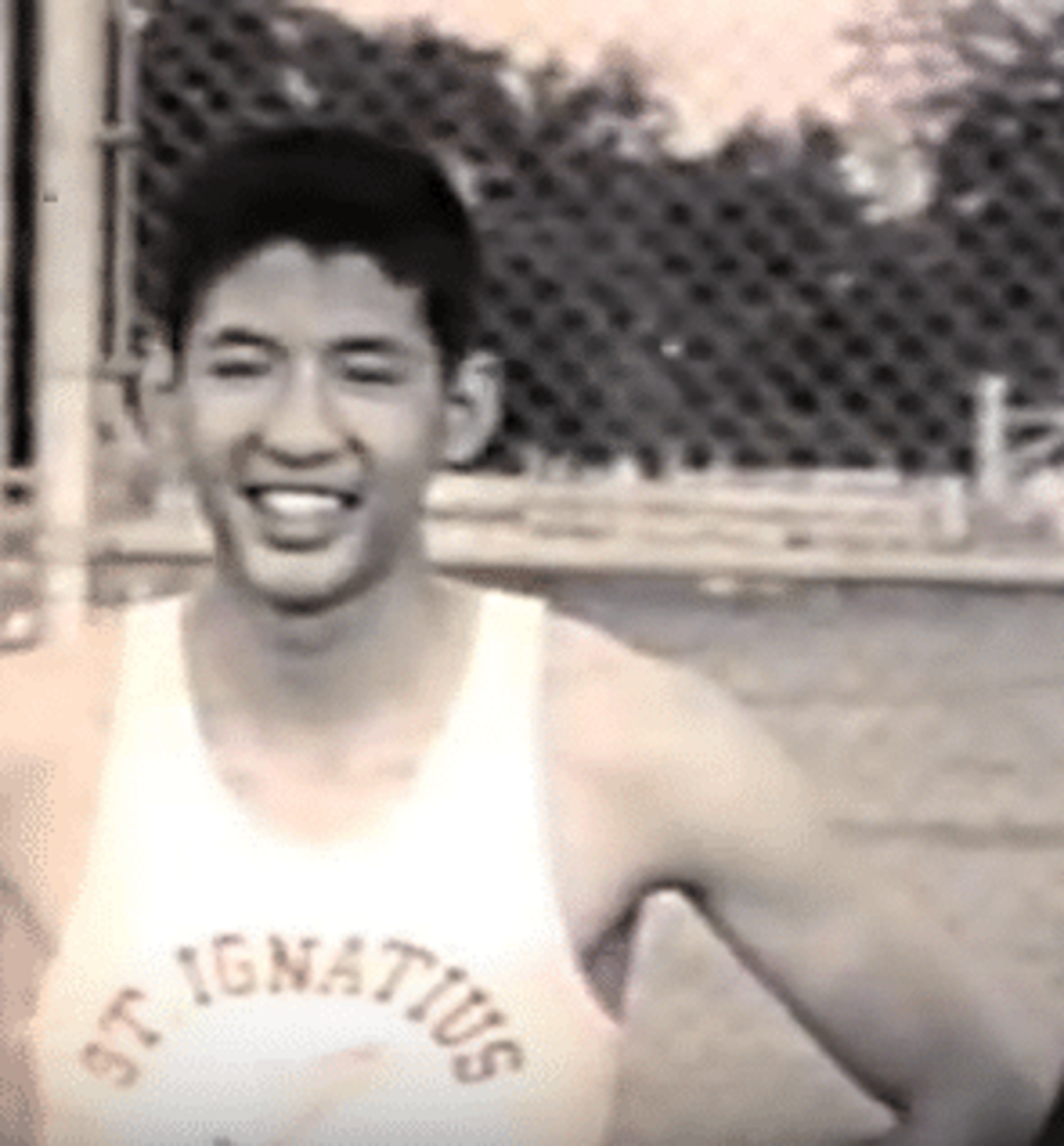 Our newest inductee to the Pinoyathletics.info hall of fame is a name shrouded in mystery; early Fil-Heritage sprinter Carlos Kevin Tan.

Carlos Kevin Tan’s name was listed on the world charts as Filipino even though he never represented the Philippines or ran at the National Championships.

Tan was born on 6 January 1938, in Manila. He was named after his father Carlos Tan. The family migrated to California when he was 13 years old, as Carlos Sr. was a delegate for the United Nations. Noted he was, in fact, a dual citizen and according to several reports, a Filipino citizen studying in the United States.

He started off with athletics in Belamin High School where he first tried Hurdles but didn’t like the event and soon moved to the 440/880 Yards. Tan was a 440/800 Yard guy he never ran 220 Yards or shorter.

1956 race was run around one turn, but not entirely in lanes. Contestants were told that they could break for the inside after the turn.
Carlos Tan shared the inside lane 1 at the start with the eventual winner, Jerry White, and stayed there throughout (Cassacky).

There was this one guy (Jerry White) who was the state champion he ran 10.3, and won the broad jump. I asked him run fast or not in this race? He said he will run fast. So i decided t just follow him. I couldn’t catch him and he ran 46.7. He later died in a car accident so I didn’t see him again in College. (Carlos Tan, 2022 Interview with PinoyAthletics).”

The quoted time for his 440 at the AAA meet, running into the wind for the first 220 yards (Cassacky & Tan).
There were exactly 22 people in this race (Tan). Tan did his best to follow Jerry White, who pulled away and extended his lead at around 120m to go. Tan chased him but was caught by Dorsey and Yerman as he started to tie up the last 80m (Cassacky).
White’s time of 46.7 for 440 Yards was a California state meet record. White was the 1956 Track and Field News High school athlete in boys for this performance (Cassacky).

[Conning statement this was the first time the event was run entirely in lanes. and contested the race around one turn was incorrect (Cassacky).

47.8 converts to 47.5 (as a general rule of thumb, subtract -.3 for the 440Y; this was a good time since he was running on cinders back then. No Filipino male broke this time until Isidro Del Prado in the 1980s.

Carlos  Kevin Tan’s time from 1956 is the only event he appears in; he ran 47.8 seemingly out of nowhere in 1956, excellent performance in the 1950s. And then disappeared we have to know performances prior and after in regards to this. However, we did find a video was his 440 Yards appeared, so he did exist. 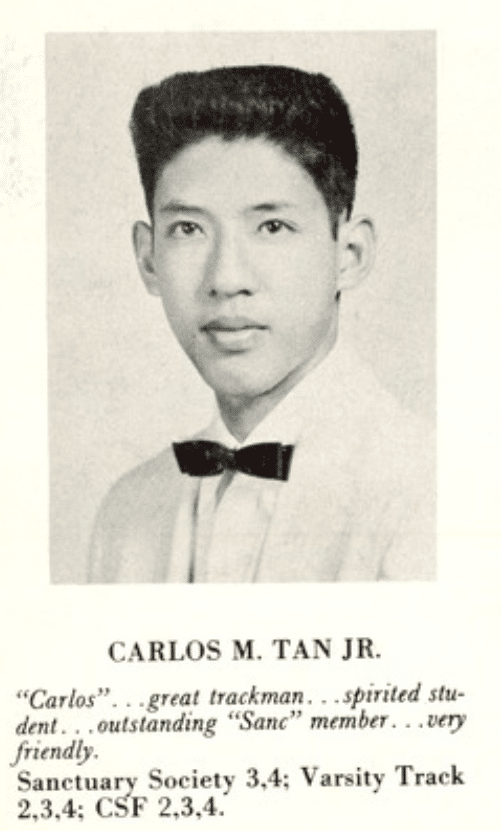 Tan was given a scholarship to George Town from 1956-1960 where he continued to run Track. Although he didn’t enjoy the same level of success he won the  440 Yards at 49.2 in the 1960 State meet in his final year at San Francisco. He then did a masters in  Business Administration at Harvard from 1960-1962.

Carlos wanted to go to the Tokyo Olympics in 1964, after winning the state title in 1960. But due to work commitments, he lost focus to train after completing his master’s in 1962. He went on to have a  successful career with the world bank for the next 40 years based in Washington D.C. He even spent 3  years in the Philippines earlier on, and then traveled to Thailand, Korea, and the Middle East.

According to the Asian Athletics Federation

According to Asian Athletics Federation Statistician Heinrich Hubbeling, after checking the older publications of 1963, 1967, and 1971 the international athletics community recognizes his mark as an official Philippine National Record

These books were published by the legendary and most famous athletics experts of early athletics statistics, ATFS founder LUIGI MENGONI. His database was later used as the official NR database by the IAAF. So it is the most reputable source. However, he does not appear in the 1988 All-Time Rankings of the late Filipino Statistician Col. Romulo Constantino (Hubbeling).