The Gold Gears of Bulacan State University (BulSU) have retained their title as the overall champion in the athletics category.

during the three-day competition held on February 3-5 at the Sports Stadium of New Clark City (NCC) in Capas, Tarlac. 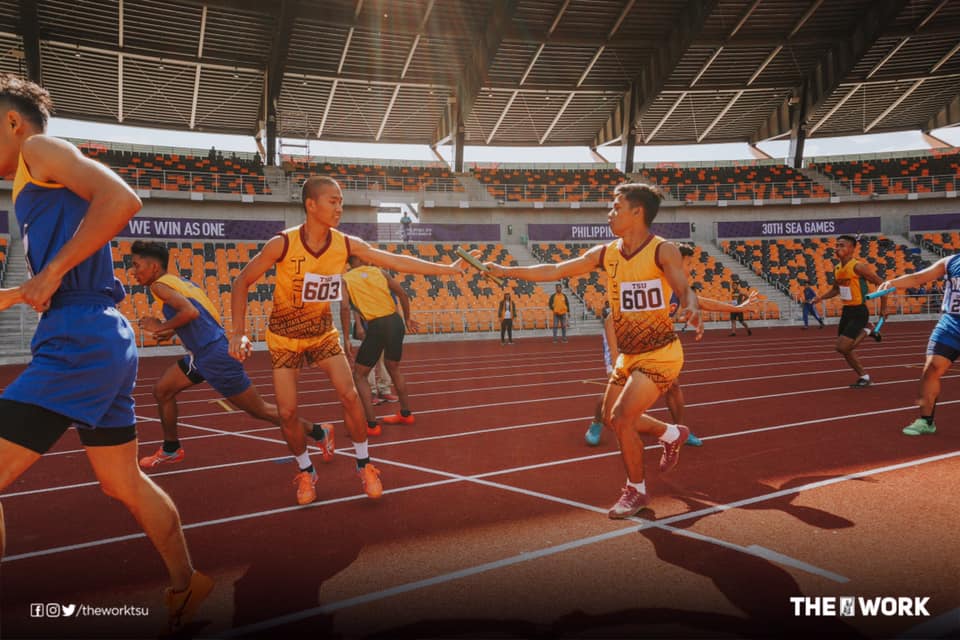 Their dominance in the field has put a wide margin to settle the Firefoxes of Tarlac State University (TSU) in the second spot with six golds, 12 silvers, and 10 bronzes.

While the Green Cobras of Central Luzon State University (CLSU) have secured the third spot in the overall ranking with their three golds, four silvers, and four bronzes. 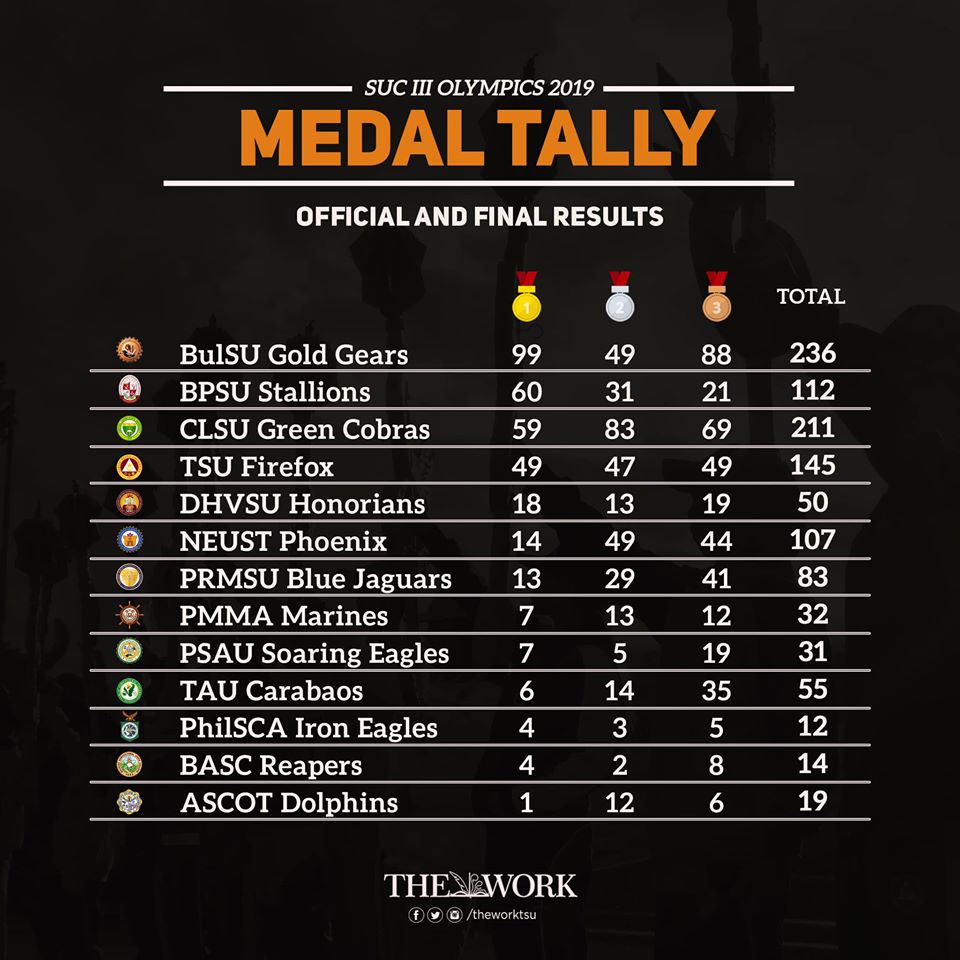 Tarlac State University (TSU) is the host for this year’s edition which carries the theme. “Trust is where the Strength of Unity begins.”

Therefore in his keynote message Bases Conversion and Development Authority President and CEO Vivencio Dizon.  In addition, said the world-class facilities in NCC are not only for the Southeast Asian Games but also for the youth and the Philippines’ future medalists in sports.

“The government will closely work on building more sports facilities for you [athletes] and the development of our sports program. Please enjoy as you compete fearlessly here in NCC,” Dizon noted.

Therefore a total of 18 sports will be played from February 3-8 at NCC. And surrounding areas in the municipality of Capas. Above all up for grabs are medals in arnis, archery, athletics, badminton, basketball, baseball, beach volleyball, boxing, chess, football, futsal, Karatedo, lawn tennis, sepak takraw, softball, swimming, table tennis, and volleyball.

Above all, winners will represent the region in the upcoming SCUAA National Games this March. (CLJD/TJBM-PIA 3)