Jamaican Sprint Success: Thanks to an American Coach Bud Winter?

Interestingly a lot of Jamaica’s future success is owed to a pioneer American Coach Bud Winter.

In 2011, Jamaica had seven 100-meter sprinters under 10 seconds, the Holy Grail for the distance. So did the United States. While Jamaica has just 2.8 million people compared to 312 million for the U.S., its sprinters have surpassed Americans at the top levels of the premier event in track and field.

While the obvious question is, how could Jamaica, with less than 1 percent of the US’s population, dominate the 100 meters in recent years after Americans dominated it for decades?

Also, think about the history of the 4×100-meter relay. And with so much depth. While Team USA would typically win with four of their best sprinters, sometimes even with their 5th- and 6th- ranked sprinters. Not anymore.

Bud invented the science of sprinting. He often said, “Speed is a skill; sprinting is a science.”

Born into a low-income family in San Francisco and a Cal Berkeley grad. Bud Winter coached at San Jose State University from 1940 to 1970. Most noteworthy was that SJS became known as “Speed City” in the late 1960s. In large part because its athletes held every world sprint record from the 50 through the 400. At the same time, those records included the relays with legendary sprinters Tommie Smith, Lee Evans, and John Carlos, all on the same team. One of the coaches who later followed his system was Glenn Mills. 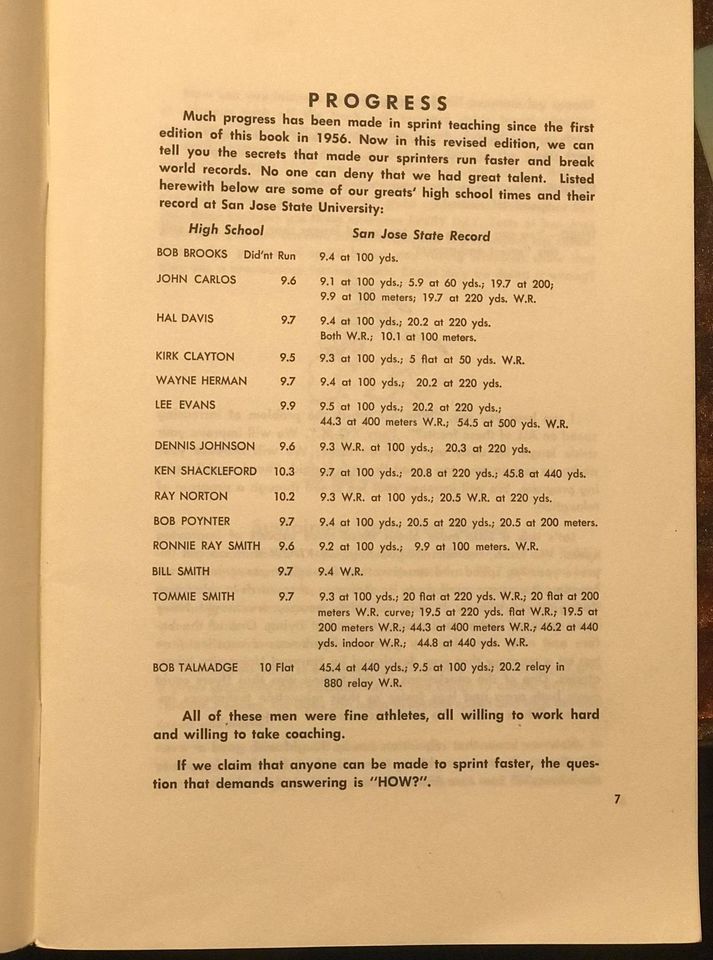 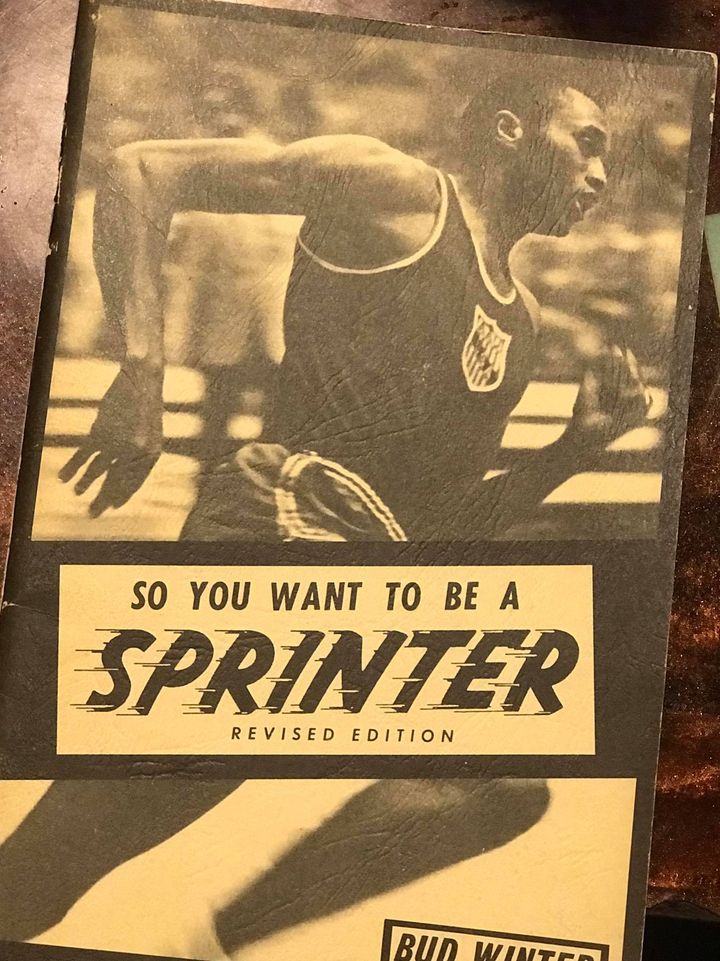 Training Methods used by the legendary coach Lloyd Bud Winter whose speed city team in the 1960s wreaked havoc at the Olympic Games in the 1960s by clearing up most sprint medals.

The original two versions (1956, 1973), written by Bud Winter, famous coach of the San Jose State Spartan track and field teams from 1941 to 1974, were used to train many Olympic medalists and world record holders. The new 2010 edition combines the best of both versions and includes detailed training plans for full-time, year-round athletes and one for multi-sport athletes beginning training in January.

This book offers any track coach or parent a step-by-step guide to teach anyone to sprint faster.

The “Tested, proven, techniques to teach anyone to sprint faster” includes:

This book is a must-read for any track coach or parent interested in having their athletes run faster whether they run track, play soccer, basketball, baseball, football, or lacrosse. The time-tested technique “So You Want to be a Sprinter” will help any athlete, male or female, young or old, run faster.

Many coaches used Bud’s books as field journals used on the field and scribbled their notes in the book. Thus the Coaches’ version is a special edition spiral-bound version of the paperback.