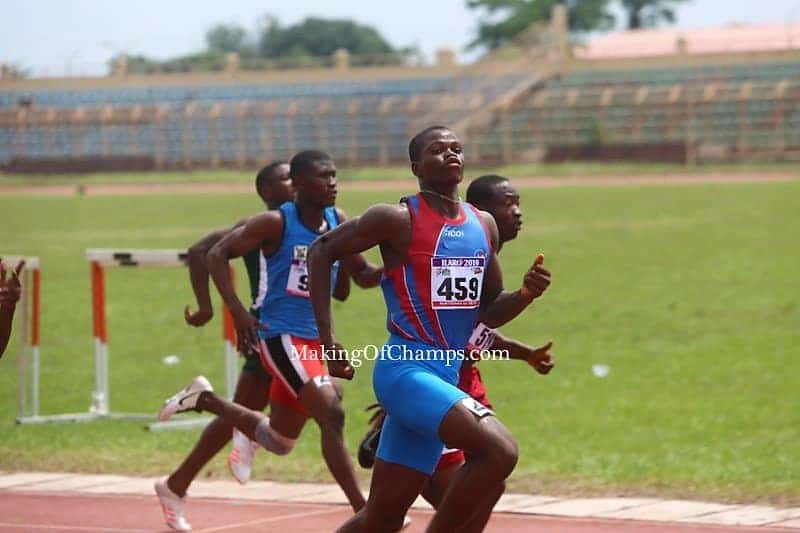 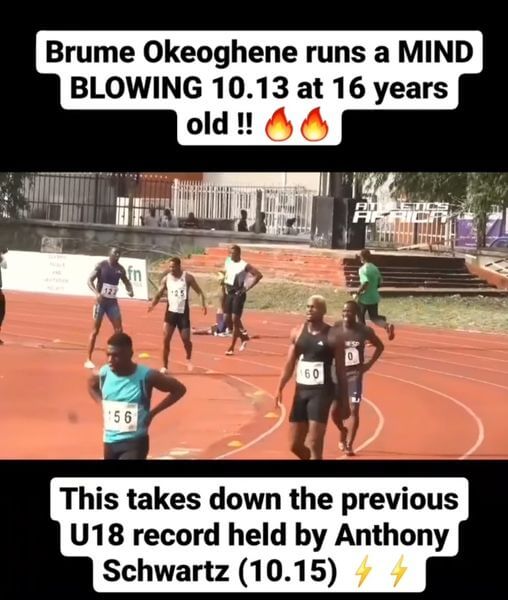 Brume lowered his best time in the Semi-Finals with 10.20 +1.0 placing behind Enoch Adegoke 10.06 at the Nigerian Olympic trials in Lagos.

For his efforts, Brume was selected for the World Junior Championships in the 100m along with Favour Ashe (10.17).

WORLD U-20 CHAMPIONSHIP; CAN NIGERIA SHINE?

After a delay of the World U-20 Championship, finally it will be held soon just some days after the conclusion of the Tokyo Olympics, from the 17th of August to 22th. Only athletes aged 16, 17, 18, or 19 on 31 December 2020 (born in 2001, 2002, 2003, or 2004) may compete as directed by the World Athletic body.
Also, an athlete must have hit the qualification standard and with the high performances of the Junior athletes in Nigeria, if given the chance to compete at this world stage, they will surely raise the flag high, but that can be only possible if the right preparations are been made, adequate funds to fund these Athletes also give a possibility of them to attend.
Below are *some* of the top 3 athletes in Nigeria in each event who have hit the standard. Only the top 3 athletes with the best times are here
100m (10.58s)

: ONLY three athletes can initially be entered per event, provided each has achieved the Entry standard, but only two will be allowed to compete.

Brume OKEOGHENE of Nigeria is the latest of impressive emerging Juniors.

According to World Athletics, I was more impressed with the second placer Brume OKEOGHENE who I later discovered was born on 5th March 2005. Making him still 15 years old when he clocked 10.27 to take second place against some good senior athletes.

Brume was also the tallest in the field.

The World Junior Championships will take place in Nairobi, Kenya, from 17 to 22 of August.

In retrospect, Usain Bolt ran 20.58 at 15 years old and 11 months to win the World Juniors. Bolt never ran the 100 meter’s at his stage—the comparable performance to Brume’s 10.27 at the same age for 100m. Brume will be 15 years old, and 5 months at World Juniors, so he will get the chance to set another record of being months younger than Bolt when Bolt became the youngest winner in the World Juniors’ History.