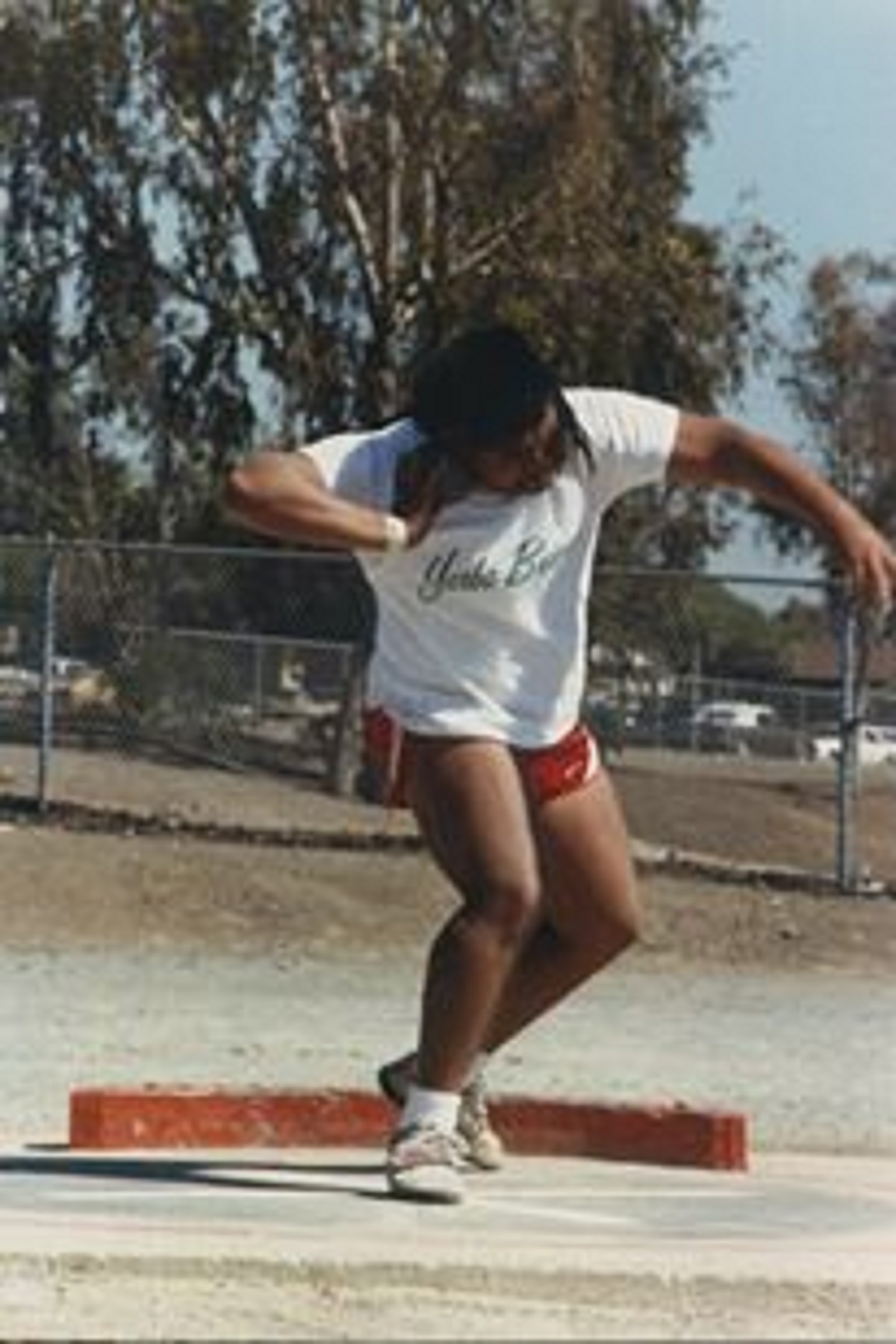 Today we add another Legend to our circle of champions of the past. Fil-Heritage Thrower Bruce will be immortalized forever among the legends of our sport. Bruce was the Philippine National Record Holder in the Shotput for 15 years from 1992 to 2007.

A lot of the senior coaches who were friends with Bruce still remember him, although today his name is not as well known. Pinoyathletics.info asked Bruce for his insight as Bruce was one of the more successful Fil-Heritage athletes that came along winning a silver at the 1993 SEA Games although he had a short career in the Shotput Bruce contributed a lot to throw in the Philippines.

My dad Emilio Ventura is from Piddig, Ilocos Norte. My dad left the Philippines and became part of the US Navy. Retired after 25 years. My grandfather is Emilio Ventura Sr and graduated from California at Berkely. He is a founder of Roosevelt High School in Ilocos Norte.

My mom is from Bolinoa, Pangasinan, was a doctor in the Philippines. She sacrificed her career to come to the US and have a family. 1971 my parents got married and the Ventura Family was born.

The Shotput was introduced to me in high school by my coaches Chuck Bean and Al Vacio.  Initially, the Shotput and discus were so boring I lost interest.  But all that changed when this 14-year-old Freshman in his first meet beat his upper-class man right then and there made me realize I could be good at this. Four years 1991 later, I broke the school record, and until now it still stands 56 ft 11 inches (17.10m 6kg shot). I also was involved with my favorite sports Football. I was captain of our team and still have the best record in school history 9-1.

The individuals that have attributed to my success, high school coach Tony Flores, teammates Mike Arreola, Sergio Ramos, Kenley Shirakawa. College Coaches at San Jose, DeAnza, and Chico State. I would like to acknowledge my Idol, Mentor Ron McKee. Back then this man amazed me with his technique. 20 plus years later we work together, and he still amazes me with his knowledge and guidance

I had no intention of throwing after High School. However my good friend and neighbor from San Jose California, Ed Lasquete told me about it and boom here I am. 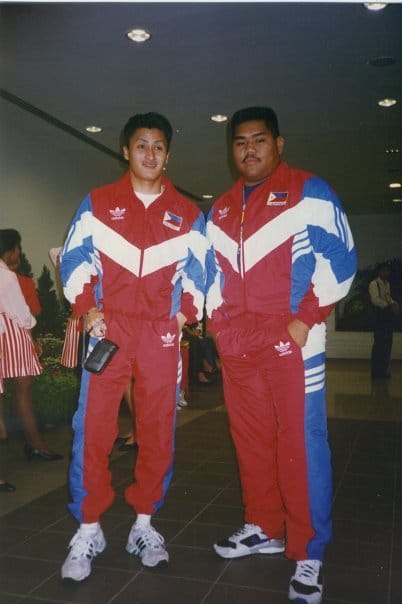 I think the most memorable moment was my very first competition in the Philippines. I was 19 years old, flying 16 hours on the plane. Arriving 5 hours later I throw and break an 18-year-old Shot put record (15.82m)15.82m was not my personal best. Throwing over 16 during my College years 52 feet.

Well, this is a very sensitive topic. But back in 1995, I was diagnosed with Rheumatoid Arthritis. My life changed and I was too young to understand this disease at the time. Above all, I was depressed and still kept my pride to fight it. When I threw in Thailand 1995 SEA Games I was hoping to win the Gold, even though I had been suffering. I ended up 4th. No one knew what I was going through. That’s life right?

I am currently working Full time at a Juvenile Detention Center. And I have been coaching Shotput and Discus at local high schools in San Jose.

I would like to thank the Philippines Track and Field Organization for the best experience you gave me in my life. I wish I could have lasted longer. Congrats to the new Shot put Record Holder. Keep the young and upcoming athletes coming. Filipino Pride.

I want to thank my Auntie Dulce Lukban for letting me stay at there house Pops Fernandez old room lol, Also Joceylyn, Joey. My auntie Pura Cerdan Joy and Jonas Cerdan. And all The Ventura cousins in Piddig Ilocos Norte 2 thoughts on “Bruce Ventura – Legends of the Throwers Circle”