How Much Effect Does Body Fat Athlete Performance?

I stumbled upon this excellent article by Builtlean.com.

And now they feel heavy at 125lbs. It got me thinking about how much Effect Body Fat athlete performance in Sprints?

While I will next be looking at diet programs to get him down to 118-119lbs for UAAP, which this article has not yet addressed.

And I will push through within my next write-up.

In essence, if you can drop weight and maintain muscle and strength, you will increase performance.

How much weight do you need to add to a horse to slow it down?

After learning this intriguing information about racehorses, Dr. Todd reasoned even gaining a few pounds of fat for an athlete could have significant performance implications.

He decided to put his reasoning to the test by loading 170-pound athletes with 3.4 pounds (or 2% body fat) and having them complete power-related difficulties, which he published in a research paper.

Here’s a quick snapshot of the results:

You can read the Full Article Here

and initially posed this question in the context of male vs. female performance in athletics.

I’m far from an expert in this interesting physiologic question but can offer one central concept.

Women have a higher normal proportion of body fat than men do, which means they have to compete while carrying around an extra 5 – 10 pounds of weight more than men. See these fat-burning supplements formulated for men that can help achieve your weight loss or training goals.

on average, women are:

Using these average figures, an average-sized woman carries around 2.55 kg (5.6 pounds) more fat than an average man, even though she is 9 kg (19.8 pounds) lighter.

matched for weight, women carry much more fat than men:
This link offers a calculator with which you can use fat-fold measurements (4 sites), age, weight, and gender to derive body fat athlete weight and fat-free body weight:
http://www.brianmac.co.uk/fatcent.htm

In other words, for the same weight and fitness, a woman carries an extra 4 kg (8.7 pounds).

matched for lean body weight, women carry much more fat than men:
Assume that the fat-free body weight is the “engine” for athletic performance, and fat is an extra passenger.

In other words, for the same lean body weight athletic “engine,” a woman athlete would carry an extra 4.18 kg (9.2 pounds).

Actually, the answer is quite simple and one of fundamental physics than anything else. When I assess an athlete, I’m looking for an optimal body fat athlete percentage as it does have a direct effect on performance (speed, power, and agility).

I explain to the athlete that if I had a fixed amount of mass and produced a certain amount of force, I can move that mass (body weight) at a specific speed.

If I decrease that mass (lower body fat athlete percentage) at the same amount of force, I can move that mass faster.

If I can increase the force produced (performance training) and decrease the mass, I can move even faster.

I tell them that if they carry around 20 pounds of extra body mass in fat, it’s non-contractile tissue and doing nothing but slowing them down. I tell them it’s like wearing a 20 lb weight vest or backpack all day, every day. It will definitely decrease performance and overall energy and recovery ability.

Why do most athletes have such a low body fat athlete percentage?

Because body fat does not produce force like muscles, it means more fat and excess baggage in the body. The lower the fat, the higher the jump, and the faster the run because the body would be lighter. But body fat is needed after 14 hours of fasting or after 1,100 kcalories of glycogen in the liver has been spent. Without fat, the body fat athlete will use muscle or will break down muscle as energy, but most sports require less than 1,000 kcal of life in participation.

Thus fat is not needed in most sports to be a breakdown as energy. But of course, a sport like a shot put and sumo has athletes who have a higher fat percentage. This is because the higher fat rate does not decrease the performance. The extra fat comes with extra muscle strength for the shot putter. For the sumo wrestler, the excess fat will make the center of gravity lower and make it harder for the opponent to topple the sumo wrestler.

Muscle isn´t exactly insulation, but it does generate body heat as the more muscle mass you have, the higher your metabolism is. Metabolism generates heat. That is why many people with increased muscle mass levels have a higher tolerance to cold and often even feel hot.

Should I lose my body fat athlete before trying to build muscle?

SHOULD I BUILD MUSCLE OR LOSE WEIGHT FIRST? 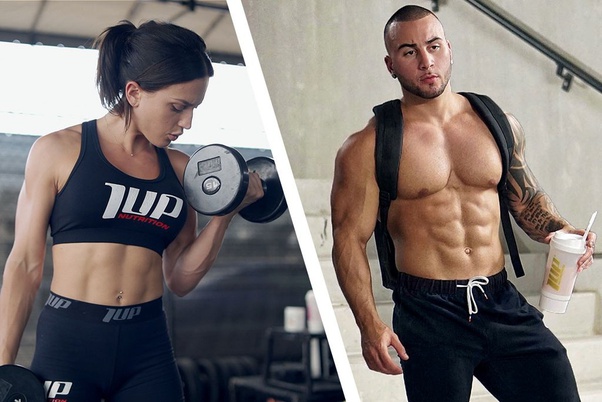 Building muscle and losing weight are the two elusive goals that most fitness practitioners desire. Although good fitness habits will certainly yield benefits to your health, there’s also the aesthetic factor to be considered. Being healthy is great, but we want more than that. We want to attain a higher level of fitness. This is why both weight loss and muscle gain are vitally important.

You have probably heard these terms being thrown about by the people at your local gym. Bulking and cutting is an old method whose origins are unclear, but they are designed to produce good muscle size and definition in minimal time. It is a two-stage plan, though not everyone agrees on which stage should come first.

During the “bulking” phase, you will take in a lot of calories. It would help if you also were exercising during this time, focusing on weight training to convert more of those excess nutrients into muscle mass. Don’t worry about muscle definition right now, as you are primarily looking for muscle size.

During the “cutting” phase, you will concentrate on losing fat rather than building muscle. Obviously, it would help if you did not starve yourself, but try to maintain a slight caloric deficit during this phase. Your exercise at this point will focus on cardio, but you should still do some resistance training so that you don’t lose any more muscle than necessary. Resistance training has proven to be quite effective in reducing muscle loss from fasted cardio work.

Which Should I Do First?

This is not one of those instances in which the order makes no difference. On the contrary, which phase you choose to do first is a crucial decision. As you can already tell, most people choose to bulk first, but this is not the best option for everybody.

The answer to this question will depend entirely on how fat or lean you are. If you are overweight, you should cut first. If you are skinny, you should bulk first. That is the simple answer, but there is a lot more to discuss.

If you are particularly fat or skinny, your decision will be an easy one. If your body type falls somewhere in the middle, you will need to do some figuring. Let’s begin by finding your body fat athlete percentage using the standard method. Bear in mind that the numbers we obtain from this process will be estimates.

First, we will offer you a shortcut. If you don’t want to learn how to calculate this figure, you can use this online calculator to do the work for you. However, it really is better to understand the formula so that you will not be dependent on some website for this important information.

For those who actually want to learn something, here is the entire process. First, get a tape measure and measure the circumference of your neck. Please write it down, and then measure your abdomen at its widest point. If you are female, you will also need to measure your hips at their widest point. Now measure your height. You currently have all the numbers you need to figure out your body fat percentage.

If you don’t know what “log” means, don’t worry. It’s just another button on the calculator. You don’t need a detailed understanding of this part. The number that you obtain from this formula is your approximate body fat percentage. While you’re at it, you might also check your BMI and compare the two for a complete picture of your fitness level.

It is natural for women to have a slightly higher level of body fat when compared to men. Thus, the standards are a little bit different. For men, an optimal percentage would be 10-13%. For women, it’s more like 19-23%. This is the line by which you can judge whether you are lean or fat.

If you have too much fat, the last thing you want to do is go into a bulking phase. You will surely put on weight (that’s why they call it “bulking”). If you already have too much weight, you are just making your task more difficult. Cut yourself down to a more reasonable level before you start bulking.

Also, the body tends to lose weight more slowly when fat levels are high. The lower your body fat percentage, the faster you will continue to lose weight. Numerous studies have documented this fact, such as this one and this one.

You should bulk first if you are at, near, or below the recommended body fat percentages. Chances are, you don’t have a serious problem with body fat, and you are ready to build up your muscles.

The Importance Of Diet

First of all, diet is essential. Even when bulking, you want to avoid high-fat foods unless they contain lots of other nutrients. Remember, you aren’t just eating to sate your hunger. You are trying to give your body many bricks and mortar to build a more muscular body. Nutrients are those bricks, as well as the mortar that holds them together. Fat is more like the rock that has to be blasted away before and can build that brick wall.

You should also stick to high-protein foods for more than one reason. First of all, protein is essential for the building of muscle. Secondly, protein is more difficult for the body to digest than carbs. While this may sound bad, it’s actually a good thing when you are trying to lose weight. The body will use some of its calories to process protein, which means fewer calories stored as fat.

Read More: 5 steps reveal the things you absolutely MUST AVOID if you want to look younger, build muscle, reclaim your health, and achieve your ideal body. 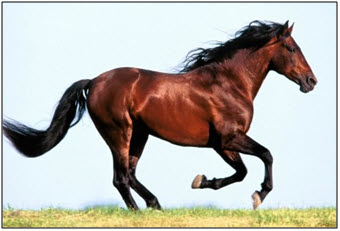 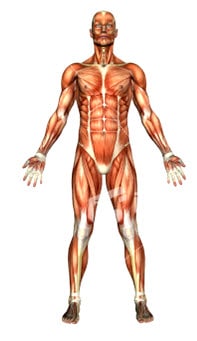