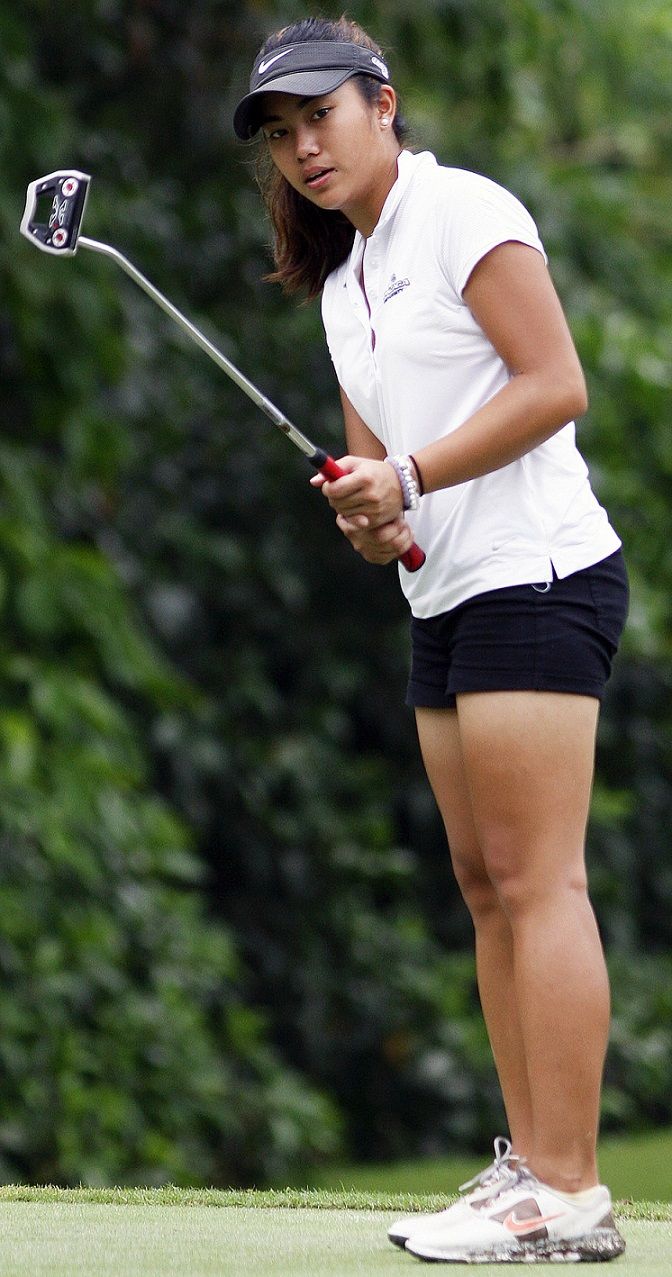 GREENSBORO, Georgia—Ally McDonald held onto the lead Saturday in the Ladies Professional Golf Association (LPGA) Drive On Championship-Lake Reynolds Oconee, shooting a three-under 69 to take a one-stroke advantage into the final round.

Winless on the LPGA Tour, the 27-year-old from Mississippi had a 13-under 203 total on the Great Waters Course. Bianca Pagdanganan of the Philippines was second after a 69.

“I’m excited with the position I’m in,” McDonald said. “Mentally, I think I handled myself really well. Ready to take on tomorrow.”

Four strokes ahead of Pagdanganan with two holes to play, McDonald bogeyed the par-three 17th, while playing partner Pagdanganan closed with two birdies.

McDonald’s golf swing bogeyed the first hole and made a big mid-round run with five birdies in an eight-hole stretch.

“I played some excellent golf after I kind of settled in,” McDonald said. “Made a few bad swings towards the end of the round, but I’m not going to discredit how I really did settle in and played solid golf for most of my holes.”

After starting her college career at Gonzaga, Pagdanganan, a member of Arizona’s 2018 NCAA championship team, is making her sixth LPGA Tour start of the year and seventh overall.

“There was like a huge sigh of relief after I made my last putt,” Pagdanganan said. “It was a little frustrating. I was hitting so many good shots but couldn’t get any putts to drop. Overall, I’m still pretty happy with how I played.”

Danielle Kang was third at 11 under after a 70 in the event added to the schedule because of the COVID-19 pandemic that shut down women’s golf for five months.

“I’m very frustrated today, but there were a lot of up-and-downs,” Kang said. “ But I think I handled the curve balls pretty well. Good to finish on a birdie.”

The tour returned with another Driver On tournament in Toledo, Ohio, in late July, with Kang winning that event and again the following week in Sylvania, Ohio. She leads the Race to CME Globe and, at No. 5 in the world, is the top-ranked player in the field,