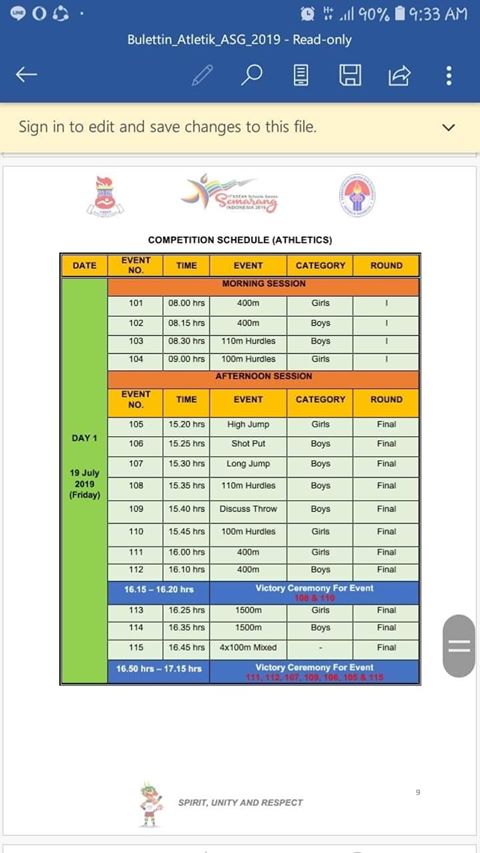 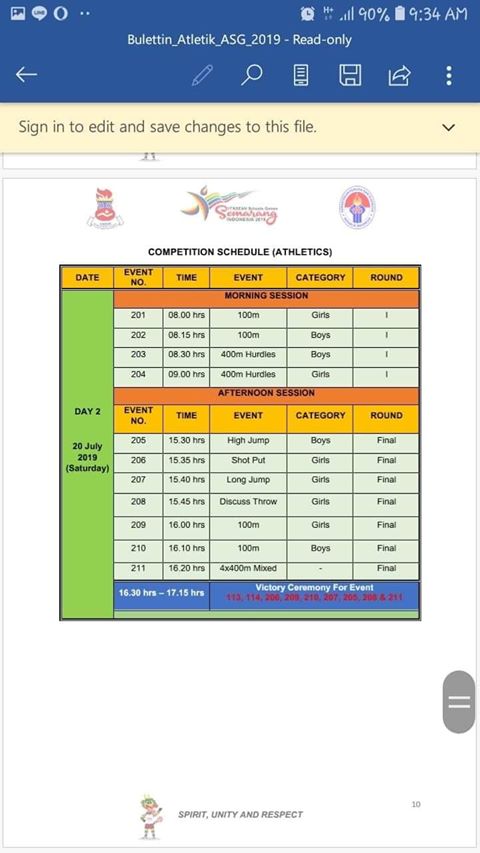 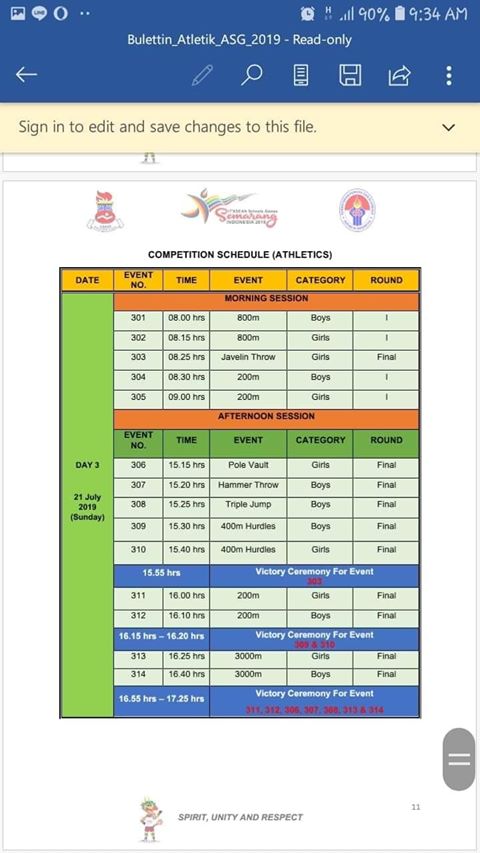 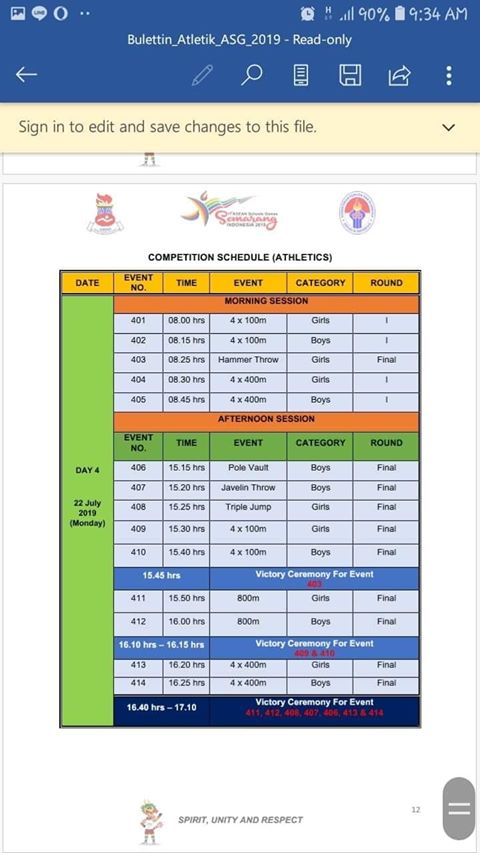 In the act of extreme sportsmanship, Samantha Limos has withdrawn from the ASEAN School Games 2019.

Unsure as to why she was actually selected, Limos has vacated her slot in the 2019 ASG Team that will take place in Indonesia July 17-25 in Semarang Indonesia.

Limos were scheduled to run the 100 and 200, originally from coach Ilde Banzon from the University of Cebu.

Before this, she had reset the Batang Pinoy Record in her hometown Cebu with a run of 12.37. While still with Cebu, Limos also captured her only International medal so far at the Children of Asia Meet in Russia with a time of 12.48 a few months after her Palaro win.

In 2017 she was recruited by Elma and Jojo Posadas at Brent school, Laguna. And has not been able to surpass her Palaro 2016 times. 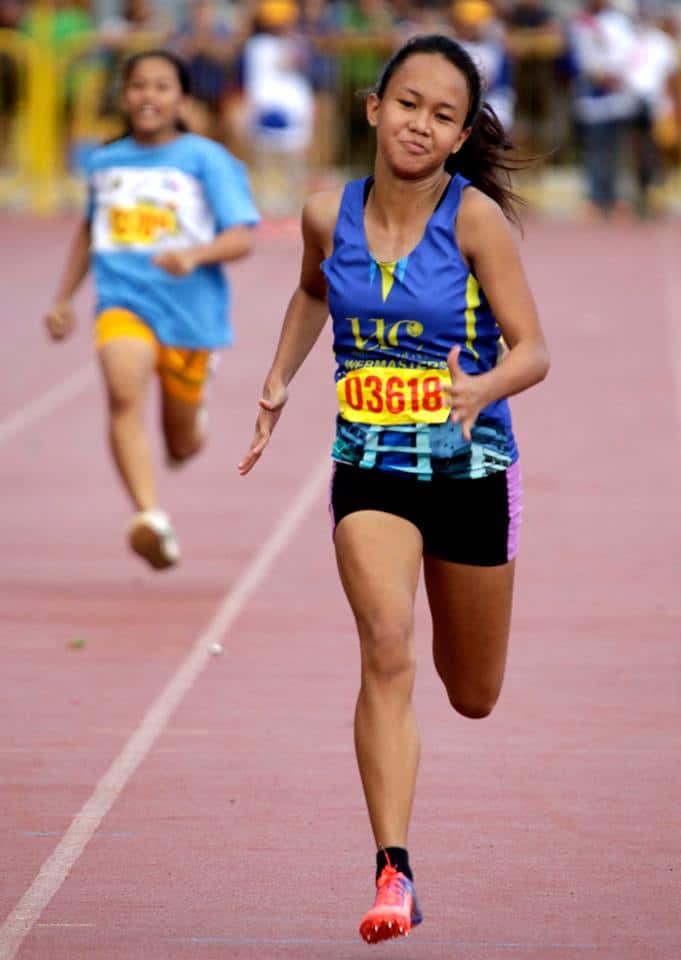 Meanwhile, Melbert Diones was initially chosen as the ASG  team despite his NCR team being ranked 4th in Secondary Boys at the palaro.

Was replaced as Men’s Head Coach by Elisio Navarro, the winning coach of the 2019 Palaro of Western Visayas. The DepEd obviously taking action upon reading the previous writeup of Pinoyathletics.info.

Please note it seems the DEPED submitted this list for the ASEAN School Games 2019 (June 17), so it appears to be the official list. For All Sports.

Regarding athletics, it’s odd that a coach who was not a winning coach in Palaro be included as Head Coach for Boys. NCR finished 4th.

Secondly, an athlete who hasn’t played in the Palaro for 2 years.

Was included in the girls. At the same time, and did not include several gold medalists in the trip.

While we haven’t done the data yet on the other countries (that is to come).

It’s unlikely this team will exceed the 6 gold medals won in 2018 or if half of these athletes will win awards.

Several athletes who were more qualified were left out of this team.

This leads Pinoyathletics to question not just

How was this team put together?

But also WHO advised the DEPED how to put this team together?

Regardless we will have to ‘Wait and See’ as the games are scheduled for July 20-24. Which is less than a month before we will answer questions. A

We know if the DEPED made the right team selection with a group they seem to have put together randomly.

I am sharing the list of selections for the ASEAN School Games 2019.

There have been mixed reactions from the athletic community, including a non-winning coach as the Boys Head Coach.

Over the three coaches that finished ahead.

The winning coach in the 2019 Palaro for Secondary Boys Athletics was Alessio Navarro of Iloilo for Team Western Visayas.

Note the Following Athletes not Top 8 in Palaro.

*John Lera, who was a silver medalist in the Long Jump and Triple Jump 7.39m and 14.60m, was not included in the lineup

The Following Athletes are stronger qualifiers (who had the following medals at 2019 Palaro.