The Armed Forces of the Philippines Olympics 2018-2019 Athletics Results 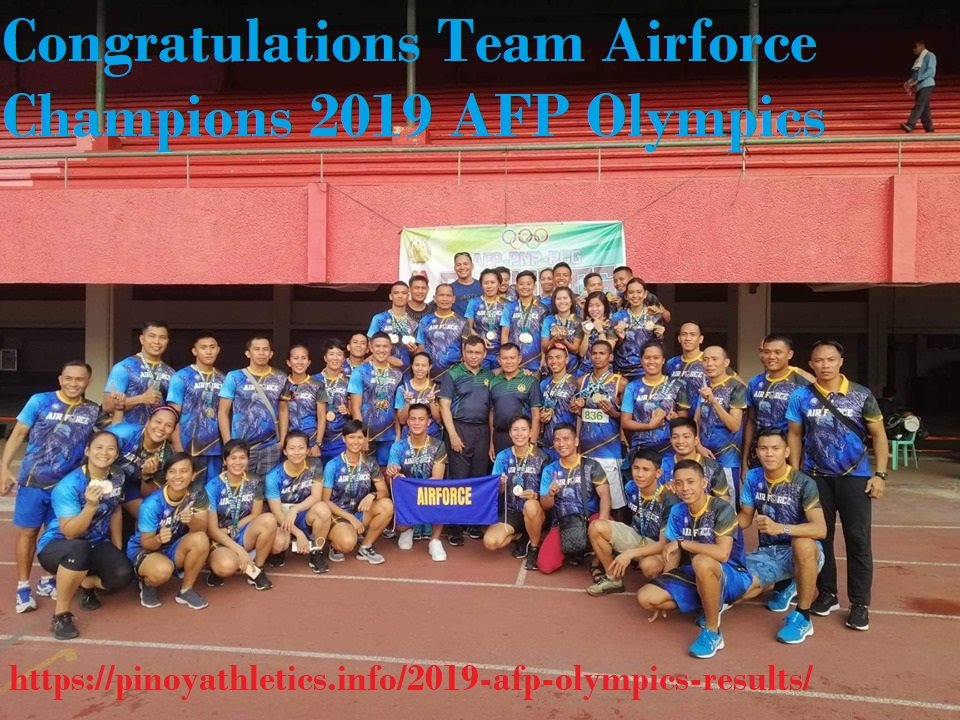 The Armed Forces of the Philippines Olympics Summary

The 2019 AFP Olympics was held on October 17-18 at Marikina Sports Centre, Marikina. It is the Philippines Military Games. Hand Times only and no wind readings reported.

Former National sprinter Isidro Del Prado Jr. (Airforce) (a 2013 Gold medalist at SEA Games in 4×4) took the win in the 100m in a season-best 10.9 (ht); he also went onto take silver in the 200m in 23.12, narrowly behind his training partner Ryan ‘The Duck’ Bigyan (Airforce) the national junior record holder in the 400m. While in the Women’s Charmaine, Fagaragan (Airforce) took a 1.5-second win with a 12.6 clocking.

Not one single Philippine Airforce record was broken at the 2019 AFP Olympics. Or for this year so far. 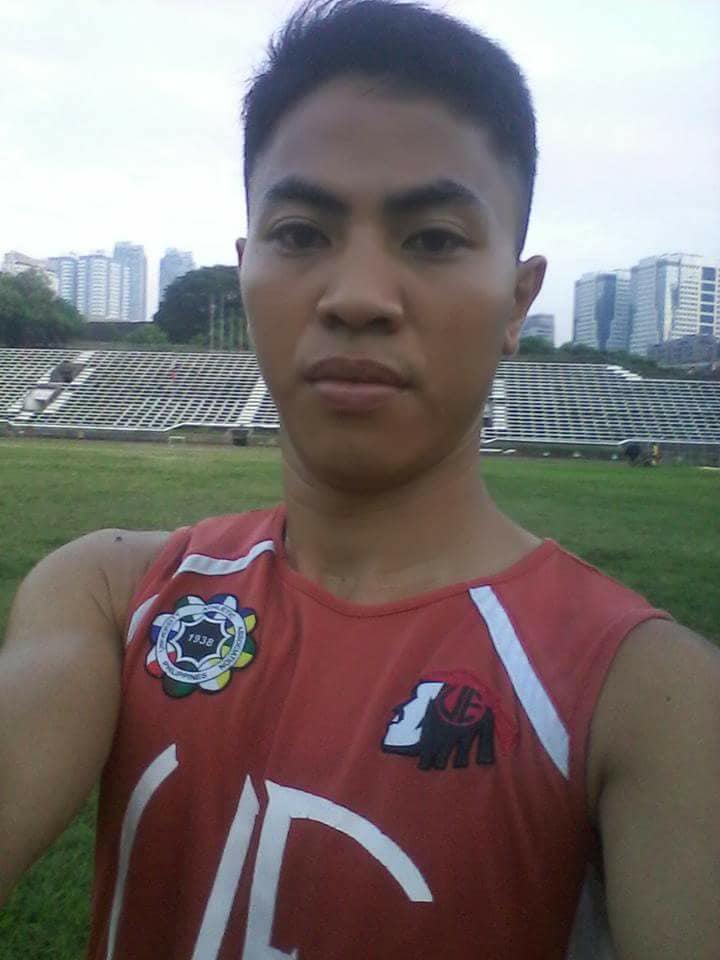 A recent turn of events saw the return of an old favorite. Consequently, former national athlete ‘The Fishman Wenlie Maulas. Is now training for 2 months with former national coach Ernie Candelario and Airforce Coach Bernard Buen. In conclusion, Maulas is showing a return to forming. However, Maulas had done no speed training in 2 years. Yet now 50.9 seconds in the Airforce trials, not far off his PB of 50.0 Seconds from 2012.  Maulas, a Philippine Airforce soldier, will lineup in the AFP Olympics in the 400 and 800 on 22-23  October.

Most noteworthy is that Wenlie was originally a boxer. Before being helped by former UP coach Jun Potenciano. At the same time, moving to athletics at Maris high school. And eventually was set up for a scholarship with coach Art Fronda at the UAAP.

The first time he showed up to the trials. I was like what the hell. He came dead last. But he went away thought about his loss. And came back and beat all my best athletes in his second chance. said Fronda.

While from there, Wenlie went onto win a hattrick of 800m titles in the UAAP. The witty and hard-working Maulas had a strong liking of frying  Galungong in the athlete’s quarters on an almost daily basis. Hence earning the moniker ‘The Fish Man’ as a result.

As a result of his efforts, Maulas was selected for the national team in 2012 after graduating from UE. However, Maulas was not able to win the national title in the 800. The closest he ever came was landing silver in the 2015 National Open to Marco Vilog (later 2017 SEA Games silver medalist) in what was one of the fiercely fought 800 Filipino races of all time. Maulas digging in but succumbing to Vilog deadly double kick 1:51.60 to 1:51.91. Hence, the 1:51.91 stands as Maula’s PB, which qualified him for the SEA Games.

In contrast, the following Month, Wenlie won the Singapore national title. While at the 2015 SEA Games, he ended up 7th. Therefore after 2016, Maulas left the national team with a PB of 1:52 to focus on his Airforce career.

Yet, it will be a note of interest if Wenlie, at 29, can continue his run of success at the AFP Olympics. And could he possibly win that elusive first national title? Even against his much younger rivals. 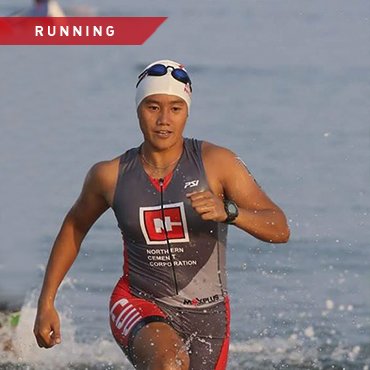