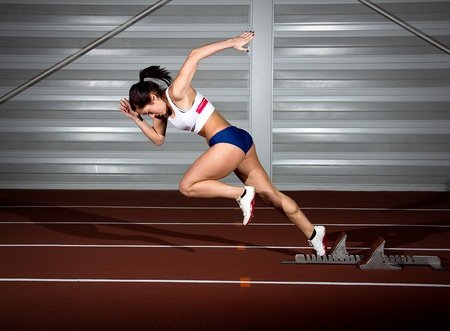 During the Fall Months, many college coaches are confusing the shorter amount of time they are spending with their athletes.

Typically, coaches get to work with their sprinters and hurdlers for 6 to 8 hours per week, depending on their conference or other institutional factors.

Despite the limited time, it is better than nothing.

The commendable yet wrong idea are long runs bad for sprinters?

Toward the end of the summer, my inbox is usually flooded with emails from sprint recruits who have decided on running cross country, to get in shape for the indoor season.

My initial thought is approval; at least they are staying fit and actively preparing for the year ahead.

As a young athlete, I had the same idea and used cross country to jump-start training for the track season.

I did everything “normal” cross country runners did the entire fall. Ahhh… If only I knew what I know now.

If an athlete is on the cross country team at the high school level. It’s safe to assume they have to run some 5 k races, after all, it is indeed called cross country.

Running longer distances, sprinters are not required to use sprint equipment at practice, such as blocks, sleds, or other speed/ resistance gadgets.

Most coaches find their top sprinters running are not on the varsity cross country squad. Many are simply trying to get in shape and start building an endurance foundation for the indoor season.

I know if I just throw my sprinters in with the distance crew and modify the workouts a bit they will get slower.

As I indicated in the title, long slow running builds long slow-twitch sprinters.

Just throwing sprinters into higher volume regiments will also lead to injuries such as shin splints.

In the fall, sprinters can do activities that will prepare them for sprinting while still building a base that will allow them to run some 5ks.

These athletes will not be heading to the cross country state championship, however, they should be able to run a 5k from time to time.

So how do we get sprinters prepared for the track season in the fall without breaking any rules, avoiding injury, and strengthening their physical and mental bodies, making them ready to compete in several 5k races?

Dynamic Stretching Exercises for Flexibility and Warming Up

Stop looking for dynamic stretching exercises on Google.
This list is the only resource you’ll ever need to find stretch exercises for ALL your body parts!

CLICK HERE to jump straight to the 101 stretches, or read further to learn more about stretching and exercise in general.