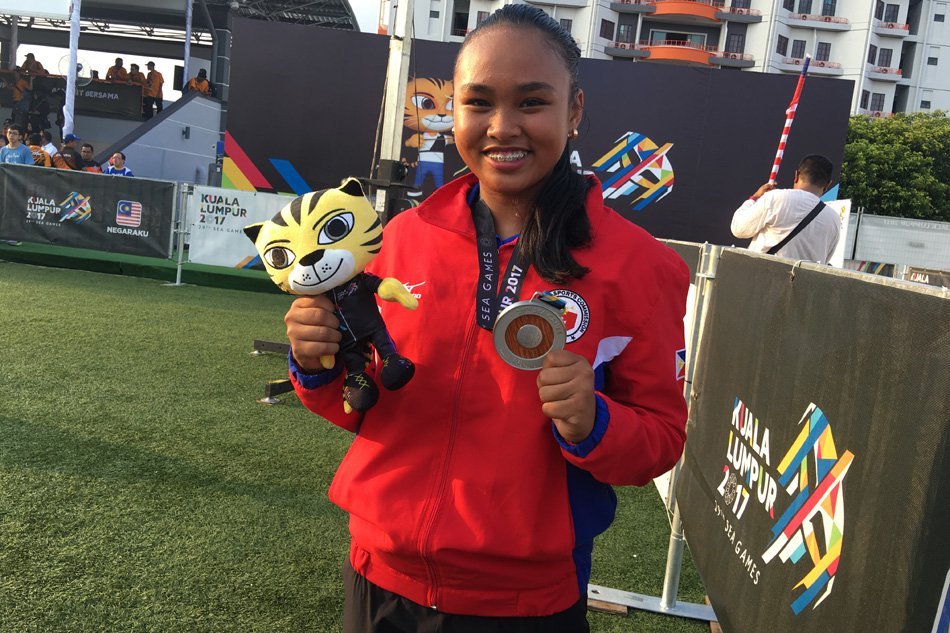 Filipino archer Nicole Tagle got a consistent partner in Hendrik Oun of Estonia to advance to the quarterfinals of the mixed international team event in the 2018 Youth Olympic Games in Buenos Aires, Argentina.

The pair of Tagle and Oun defeated the lower-ranked duo of Isabela Bassi of Chile and Ravien Dalpatadu of Sri Lanka in a shoot-off, 5-4, to set up a meeting with Alyssia Tromans-Ansell of Great Brittain and Reza Shabani of Iran in the succeeding phase of the Olympic-round format.

“I have a good partner in Hendrik. To advance, we have to be consistent again in the next round,” said Tagle, who had a combined score of 19 points against the 17 points of Bassi and Dalpatadu in the shoot-off.

These Batang Pinoy Archery Records only go up until the year 2015 only. I do not have the 2016 Final Results. If anyone does please kindly comment at the bottom of the page or email results to [email protected] so I can update these records. I need official results only.

At the 2017 Batang Pinoy Archery Luzon, Tarlac City Archer Bryan Amir Eugenio. They also helped himself to a 5 gold medal haul. The 5’6 Eugenio took the 30, 40, 50m distances and 1440 round event in the cub boys category. He then teamed up with Allyse Faye Felipe in the mixed-team for his fifth gold in Archery. Eugenio was the Palarong Pambansa champion in Antique in 2017 in just the 30m event with 336/10 points.

While on the women’s side, Maria Karylle Pangilinan of Magalang, Pampanga scooped up four gold medals (40m, 50m, 60m, and 1440 round in the girl’s cadet). Pangilinan. 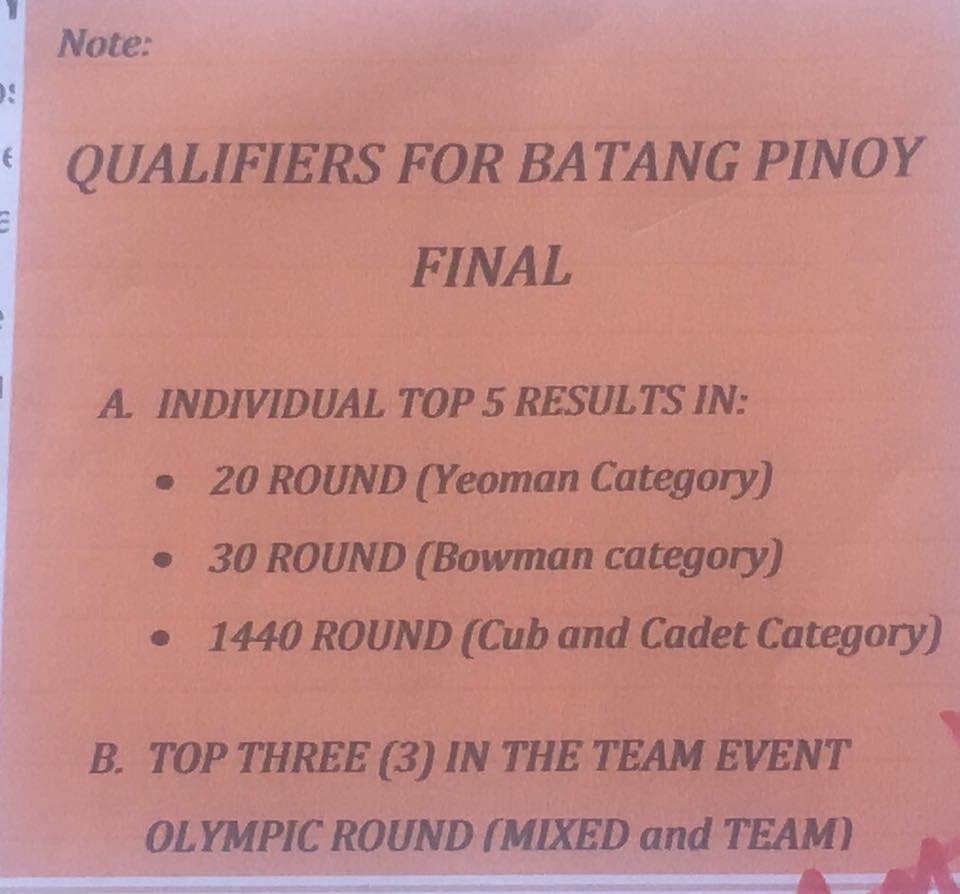 No Gold for the Philippines on Day 7, however 15-year old Nicole Marie Tagle, took her first-ever SEA Games medal with the silver medal in Women’s Individual Recurve event in Archery.  It now has 2 Silvers and 2 bronzes for Archery.

There are 3 more events left to contest in Archery Recurve Men’s, Women’s and Mixed team. Archery had stated to the Taskforce prior to SEA Games it would be able to get 5 Golds. With 3 events left hopefully, it can salvage 1. In 2015 Archery got 1 Silver and 3 Bronzes. While in 2013 it had 1 Gold and 1 Bronze.

Tagle’s teammates Kareel Meer Hongitan and Mary Queen Ybanez scored 523 and 601 but both did not advance to the quarter-finals.

In the Men’s Archery Recurve Floratane Matan and Luis Gabriel Moreno advanced to the quarter-finals but were beaten by their Malaysia Opponents. Mark Javier scored 634 but did not advance.

In the Mixed Recurve event, Tagle and Matan scored 641 and 643 but did not advance.

After 3 days the Philippines sits in fourth place in the 2017 SEA Games in Kuala Lumpur. Still yet to win a gold, they had 2 Bronzes added to the 1 Silver won in Sepak

The First Bronze came courtesy of Paul Marton Dela Cruz in Archery in the Men’s Individual Compound. Behind Prima Wisnu Wardhana of Indonesia and Mohd Juwaidi Mazuki of Malaysia. Mazuki was the bronze medalist at the last SEA Games in Singapore.

The 30-year-old Dela Cruz, a full-time archery and instructor, said he didn’t expect to make it to the bronze medal match because of his dismal performance in the first two ends.

“I just told myself not to give up and continue to fight,” said Dela Cruz as he tried to calm his nerves for his first individual medal in the Southeast Asian Games in this verdant, humid city.

Marton Dela Cruz teamed up with James Earl Yap and Joseph Benjamin Vinacenio to take a bronze in the Men’s team event.

Dela Cruz started in recurve — the Olympic archery event — in 2003 but shifted to the compound. He is an instructor at FR Sevilla Archery Range, home of the Philippine Team.

The Philippines will have more chances of nailing a gold in the next few days in the compound event with team competitions for men’s and women’s on tap.

The rest of the individual compound archers, including former champion Amaya Paz-Cojuangco, faltered in the round-robin matches.

The Archery results until now are still not on the official website. So were overlooked yesterday.

The Philippines had promised the Taskforce 5 Gold Medals, there are still 7 events left.