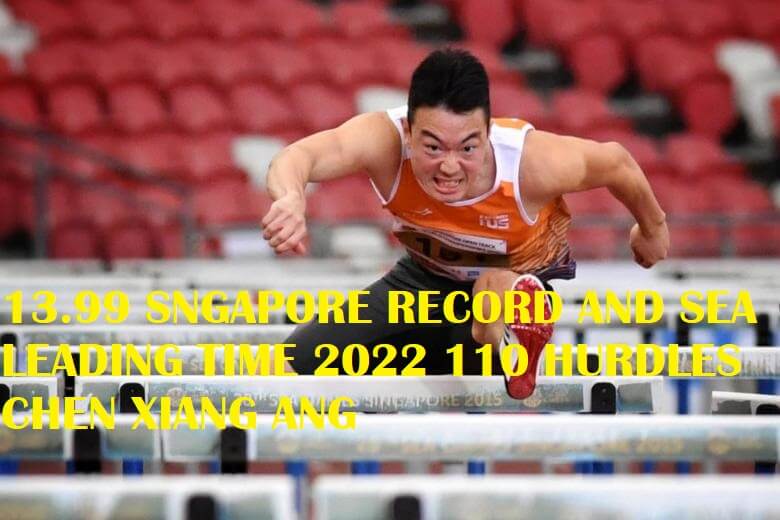 UnHeralded Ang Chen Xiang threw a spanner into the mix against his more prestigious SEA Games rivals. Finishing second to last at the 2019 SEA Games in 14.49.

The mark ties the winning time of the 2019 SEA Games of Clinton Kingsley Bautista of the Philippines of 13.99, who had a dead heat win over Silver Medalist Rayzam Shah Sofian 13.99 the 2017 SEA Champion. Sofian in 2021 December had clocked a super-fast 13.72 which later was revealed to be a 13.8 hand time performance.

While Bautista who is aiming to defend his title managed a 14.41 at the Ayala Philippines Athletics Championships in Baguio his first outing since the 2019 SEA Games.

The time of Xiang is the leading time for not just 2022.

But also faster than 2020 and 2021 aswell. As nobody has officially dipped under 14 seconds since the 2019 December SEA Games at New Clark. Ang Chen Xiang had run 14.16 last week at the Kindred Spirit Challenge event which was then a national record.