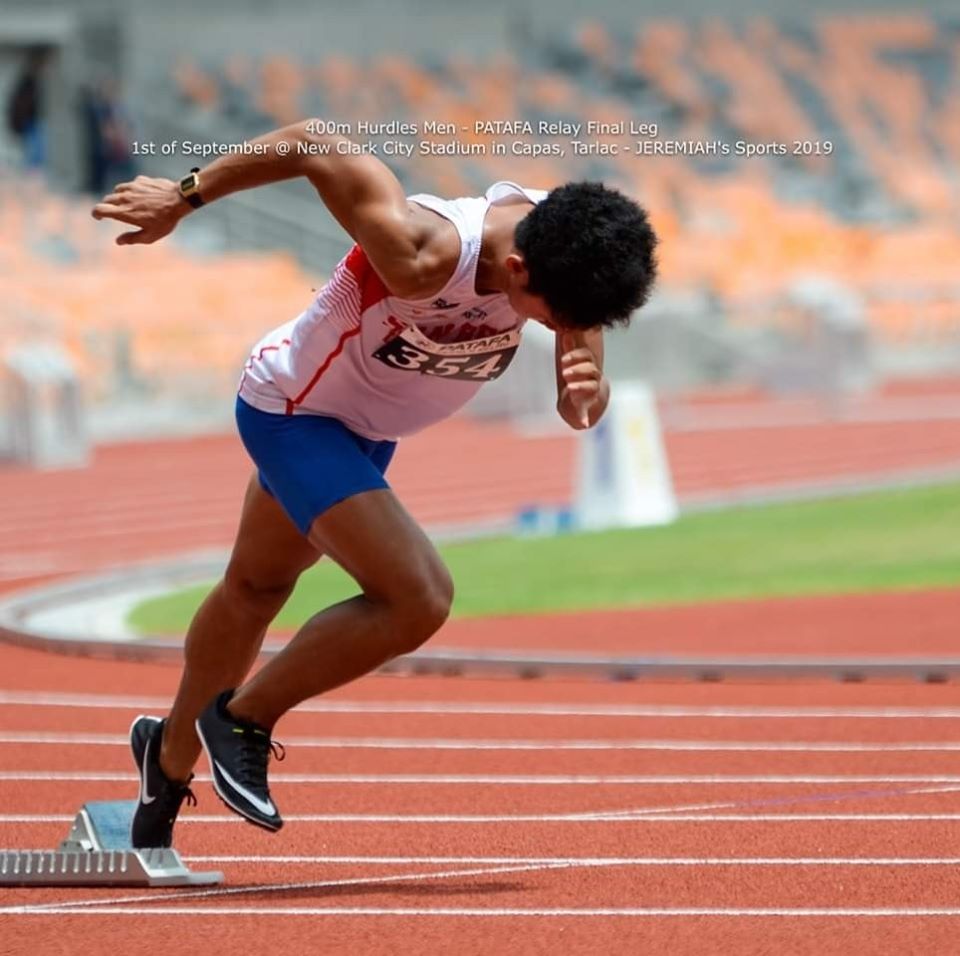 After seeing my website has had a bit of weekend slump in visits. I always have an ace up my sleeve.

And this time I have a treat of a writeup for the athletic community to salivate over once again.

After announcing the prestigious ‘2019 Pinoyathletics Male Athlete of the Year‘ went to Olympic qualifying Ernest Obiena for the second year in a row.

It’s now time to announce another exciting prospect. Newcomer Alhryan Labita is the ‘Pinoyathletics Junior Male of the Year for 2019’.

He beats out  SEA Youth Champion Hokett Delos Santos who is another impressive newcomer in the Men’s Pole Vault and Vince Buhayan the Palaro Record Holder in the 100m and 200m.

As Labita is the only Junior Male to set a Philippine Record this year he is awarded the Junior Male athlete of the year.

He follows in the footsteps of National 400 Hurdler Francis Medina who comes from the same province. He transferred to Coach Noli Mejos at San Beda and represented STCAA 2 years ago.

He then took the Junior 400m Record with a run of 48.75 on Sept 1 at New Clark during the Weekly Relays. Erasing the 17-year-old Record of Ralph Waldy Soguilon (48.81 which was set at the UAAP).

As Labita is born in 2001 he is young enough for consideration for the 2020 World Junior Championships.

The Qualification for the World Junior Championships in Men’s is 47.35. This is possible but a bit of an ask in 6 months.

The Philippines really should aim for qualification marks and not rely on wild cards anymore for these events.

2019 Pinoyathletics Junior Male Athlete of the Year in Athletics

Junior Men’s Athlete of the Year