Influence of daily beer or Alcohol and Athletic Performance in response to a high-intensity interval training program. The BEER-HIIT study 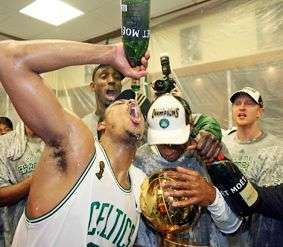 High-intensity interval training (HIIT) is an effective approach to improve physical fitness, but consuming beer, which is a regular practice in many physically active individuals, may interfere with these effects.

The purposes of this study were to investigate the effects of a 10-week (2 days/week) HIIT program on cardiorespiratory fitness, muscle strength, and power parameters, and also to assess the possible influence on them of moderate consumption of beer (at least from Monday to Friday) or its alcohol equivalent.

Four groups participated in the HIIT intervention program, while the fifth group was a control Non-Training group (n = 15).

Participants in the training groups chose whether they preferred receiving alcohol or alcohol-free beverages. T

HIIT induced significant improvements in absolute and relative values of VO2max and total test duration (all p < 0.05) in all the training groups; also and found clinical improvements in handgrip strength.

These positive effects were not influenced by the regular intake of beer or alcohol.

No changes in the vertical jumps occurred in any of the groups.

A moderate beer or alcohol intake does not mitigate the positive effect of a 10-week HIIT on physical fitness in young healthy adults.

Yes, they do, but in a controlled and regulated way.

If you have alcohol in your blood and train hard, you’re going to be dehydrated, which will lead to a few days outside the pitch. So, during their season, they restrict themselves from alcohol.

But during the off-season, when they’re out of regular training, they do have alcohol. After all, they’re all humans; they need to enjoy sometimes to prevent game saturation. (which is one of the few reasons for form drop)

Like Cristiano Ronaldo, one of the best footballers of all time drinks a small amount of wine during the offseason, and he’s at the top level for a long, long time. Taking the example of the English legend, George Best, who had to leave the pitch before peaked. The reason behind it was heavy usage of alcohol. Thus, throwing light on both sides of alcohol usage.

Conclusion: Alcohol is a good thing for athletes, but the time and amount have to be regulated so that it doesn’t affect their professional career.