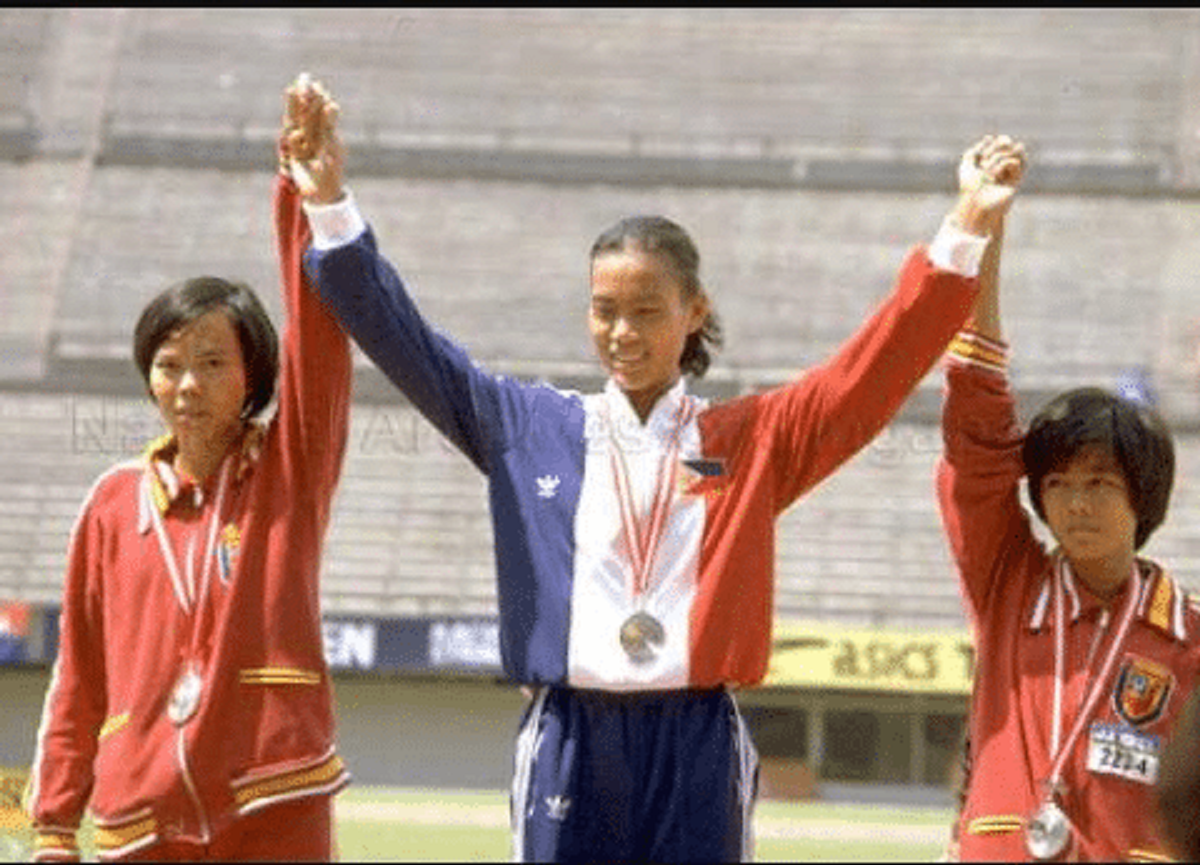 Agrippina Dela Cruz’s first meets locally was in Pangasinan, winning the 100 and 400 Hurdles. She then went on to participate in these same events at the National Open in Lingayen. And her first international meet was in Jakarta.

During the 1970s, the top Female Sprinters were Lucila Tolentino and Nanette Lusterio; another Junior was emerging at this time.

The Philippines in 1977 had no medal in the 100 Hurdles, and it was even worse in the 400 Hurdles, with Myrna Ayo and Racquel Butao coming in near the back at the SEA Games. However, Tolentino did snag bronze in the now-defunct 200 Hurdles event.

Agrippina Dela Cruz won the Secondary Girls Palarong Pambansa in 1978 in Cagayan De Oro 100 Hurdles in 16.5 but took silver in the 400 Hurdles behind Anita Chicano 1.08.0. But was not selected for the 1979 ASEAN School Games to Singapore.

While not selected in the school meet, Agrippina Dela Cruz was called up for duty in the 1979 SEA Games, her first international meet in which she took a bronze in the 400 Hurdles in a time of 63.13.

As the 1970s roared to an end and all the great Filipino Women Hurdlers retiring. And set the stage for Agrippina.

In 1982 she Joined Gintong Alay; she was coached most of her career by Magnos Santo Jr., with considerable assistance from Australian coach Tony Benson.

She even won the 1983 Victorian Championships in Melbourne, Australia clocking 14.87.

She took bronze in the Women’s 400 Hurdles in 63.48, behind Debbie Flintoff of Australia. Flintoff-King went onto become the 400 Hurdles Olympic Champion in Seoul in 1988.

Her Personal Best times, both sets in 1985 of 14.09 and 59.29 at the SEA Games, were then Philippine Records until Elma Muros Posadas later shattered them.

The 5’5 Hurdler highlight was competing at the 1988 Olympics in Seoul, where she timed 14.36 and 1.02.70, placing 6th and 7th in her heat and failed to advance past the heats. After the Seoul Olympics at 28, she retired. Later migrating to the United States.