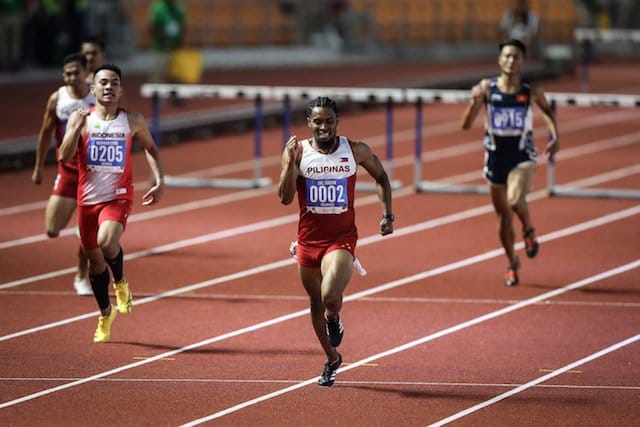 Below is a list of who has made the standard so far. 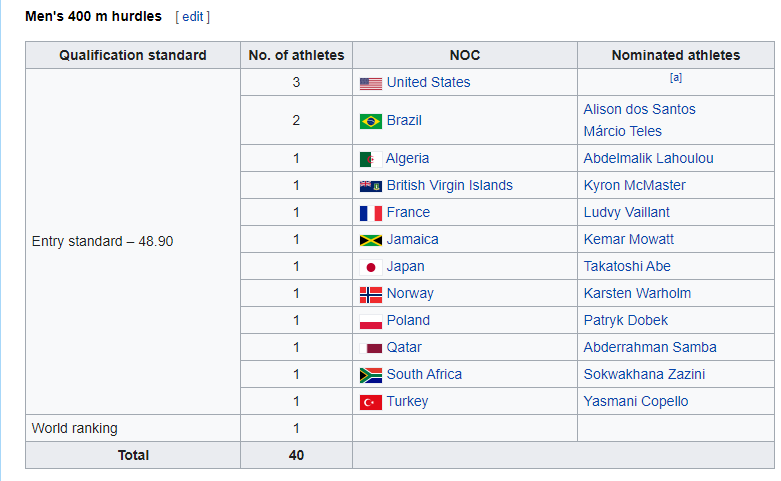 The 400m Hurdles mens event standard is tough at 48.90, with only 3 men running below this in 2020 (all outside the qualifying period). There has been a real slump in mens 400m Hurdles after 21 men under the qualifying standard in 2019. Despite this, some excellent performances in 2020 during COVID with Karsten Warholm running the #2 fastest 400m Hurdles of all time behind Kevin Young’s long-standing world record of 46.87.

The other 13 qualifiers came from the 2019 qualifying period.

The event is wide open, with room for 24 more nonqualifiers.

The USA has more than 2 qualifiers but can only pick 3. As 3 athlete per country rule.

The USA can choose 3 between

Athletes who posted outside the qualifying period

‘
;
Alison dos Santos is a Brazilian 400m hurdler, and despite the 2019 season being one of the greatest ever for the men’s 400mH, with two men dipping under 47 seconds, he made a breakthrough in the event, taking over a second off his Personal Best (PB) through the course of the season.
He also broke the South American U-20 Record a total of 7 times in one season.
Standing 2.00m tall, his first PB of the season came at the Bryan Clay Invitational, where he clocked 49.48s, a time he would improve 10 days after with 48.84s.
Dos Santos won the South American 400mH title in May and switched to the 400m flat a month later at the South American U-20 Championships, winning in a PB of 45.78s.
He improved his 400mH PB in July at the World University Games in Italy, taking GOLD in 48.57s, soon bettering it with a 48.49s clocking to win the Pan American U-20 Championships and 48.45s to win the Pan American Senior Championships.
He also made his Diamond League debut in Birmingham, finishing 2nd in 49.20s.
At the World Athletics Championships in Doha, he beat Kyron McMaster and Yasmani Coppello to win his semifinal in a PB of 48.35s and, in his final race, improved his best, yet again to 48.28s, the 3rd fastest time ever run by a U-20 in the event.