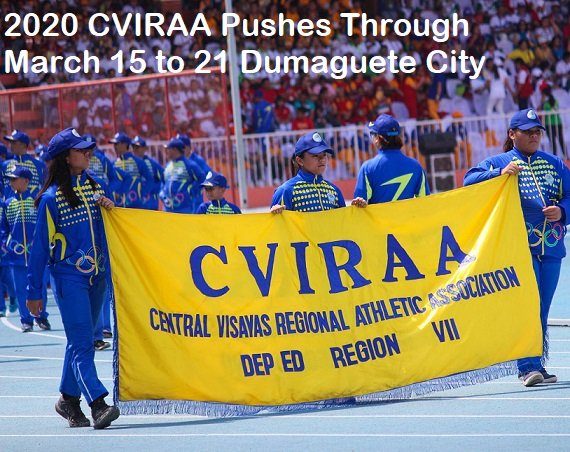 In addition, we were duly informed a Pre-UAAP was held at Imus Cavite. As the meet had no PATAFA officials and used hand timing we will not honor these performances for rankings and record purposes with the Asian Athletics Statisticians.

However, if anyone has updates or additions to this calendar. Whether it be local Road Races, International meets Phi athletes are joining or track meets please email [email protected] so we can update our calendar. Thanks.

LA TRINIDAD, Benguet – The staging of most of the sports event in the Baguio Benguet Educational Athletic League (BBEAL) for the second semester is in limbo due to the corona virus disease 2019 (COVID-19) scare that prompted local officials here and in Baguio to either scrap or postpone the regularly scheduled events.

“We have problems on venues, most will be used for the CARAA (Cordillera Administrative Region Athletic Association) and are being prepared,”

They have asked for the use of the Baguio athletic bowl sports complex, venue of most of the events, but these are either under renovation or being used for training of Baguio athletes.

However, The CARAA board has finally selected March 22 as the start of games with the closing ceremony on March 27, a day before the formal opening of the Panagbenga with a parade.

In addition, the Panagbenga Flower Festivaal closes on April 5 with the closing ceremonies to be staged at the Baguio athletic bowl.

So only then the BBEAL can have use of the sports facility.

“As of now, we still do not know when to start or even stage most of the events but the volleyball,” he added.

However other events to be played this season are athletics, judo, swimming, lawn tennis, taekwondo, arnis, badminton, table tennis, and the demonstration sports muay Thai and boxing. (PNA).

The dates were officially announced via a memorandum issued by the Department of Education (DepEd) Region 7 dated February 13, 2020.

The week-long multi-sporting meet, which serves as a selection for Central Visayas representatives to the Palarong Pambansa, was supposed to be held from February 22 to 29, 2020.

However, DepEd Central Visayas decided to reschedule the regional meet to a later date amidst the threat of the Coronavirus Disease (COVID-19).

For More Information on the 2020 Athletics Calendar Richard Salano got the better of reigning Milo Champion Jerald Zabala with a win at the 2020 SM2SM Half Marathon held in Cebu. SM2SM is the biggest road running event in the Visayas. Salano timed 1h09.11 to beat Zabala 1h10.31. Salano and Zabala times were the top 2 times in South East Asia Rankings for the Half Marathon for the first two months of 2020. Both Salano and Zabala are members of the national team having, competed at the 2019 SEA Games in the 10k and Marathon events respectively.

Salano time of 1h09.11 was slightly off his 1h08.45 clocking at the 2018 Milo Marathon Eliminations in Manila. Zabala time appears to be a PB we do not have anything else on file. It was a great 21k with local Prince Joy Lee of Cebu third in 1h11.46. In fact Nerza, Lapiz and Emia also ran times that ranked them Top 10 in South East Asia for the event for the year so far. 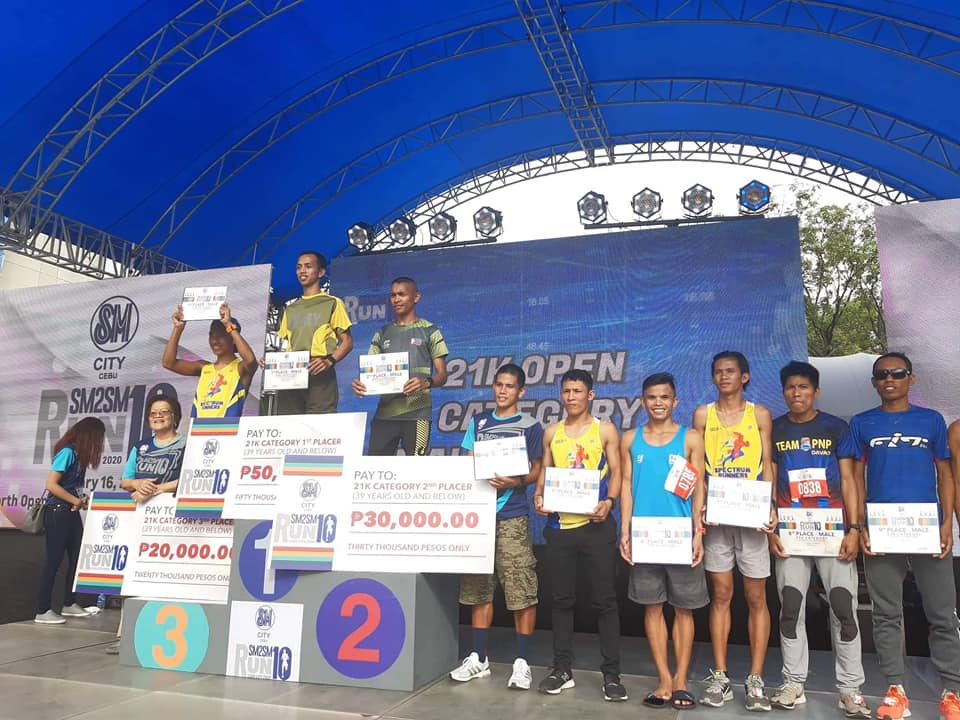 Martes takes the Women’s Half Marathon

Meanwhile in the Women’s Former SEA Games Double Marathon Champion Cristabel Martes now 40 years of age took the Women’s 21k in 1h29.09. Barely holding off Lizane Abella 1h29.35. The performances still rank behind another Filipino athlete Nhea Ann Bharcena who currently leads the SEA Rankings for the year with 1h26.51 during the Milo Finals. Bharcena did not join this race. 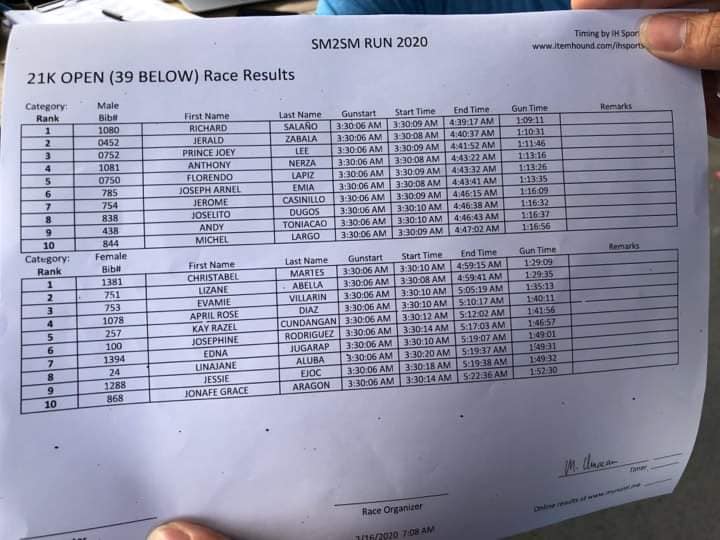 CEBU CITY, Philippines – Running couple Azlan Pagay and Ruffa Sorongon will be among the 6,500 runners who will be joining the SM2SM Run 10 scheduled on Sunday, February 16, 2020.

Start and finish will be at the SM City Mall at the North Reclamation Area in Cebu City.

In addition, Both Pagay and Sorongon will be competing in the 12-kilometre distance wherein Sorongon is the defending champion in the women’s division.

However, this will be the couple’s sixth time to compete in the SM2SM Run which is already on its 10th edition this year.

Above all Sorongon has been a three-time 12K women’s champion, while she finished second to Olympian Mary Joy Tabal in the 21K at least two times.

In addition Azlan, for his part, had his best finish last year, which was fifth in the 21K. He has consistently made it to the top 10 and has made it a priority in these races to pace Sorongon.

Azlan and Sorongon both emerged victorious in the Cebu Marathon last month. 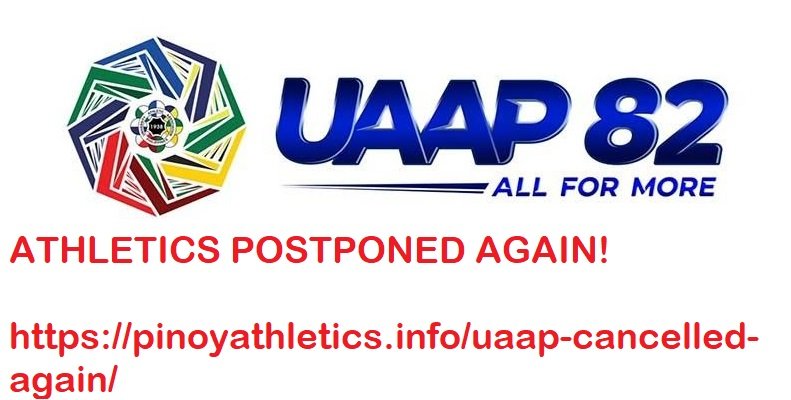 Meanwhile, William Morrison had another 19m throw. Singaporean Percy Muncherji who is that the same school as Morrison ran a 48.95 400m Indoor. 60m runner based in Canada Jonelle Halog clocked 7.10. The Quintero sisters have now provided their passport scans to pinoyathletics.info firming up there age-grade records.

Eric Cray opened his season with a 400m Indoor PB

Several SEA Games Champions were in action this weekend.SEA Games Shotput Record Holder and Champion William Morrison followed up with a win in the Shotput.

At the Pole Vault Summit at Reno. SEA Games Record Holder and Champion in Pole Vault Natalie Uy started her season off with a 4.05m winning the event. Uy who holds the Philippine record at 4.25m. Needs 4.75m to qualify for the Tokyo Olympics in the next 5 months and 4.70m for World Indoors. Uy will be lined up for the Asian Indoors in March.  While Uy holds the meet Philippine Outdoor record the Indoor Record belongs to another Fil-Heritage athlete Deborah Samson who leaped 4.11m back in 2008.

Alyana Nicolas who had been expected to land silver at SEA Games. While she had a less than memorable SEA Games with a 3.60m leap placing last. Took 5th place in the Reno event with a leap of 3.70m. Alyana’s personal best is 4.06m. Both Natalie and Alyana are 25 years of age.

Following on from his surprise SEA Games Silver to Duong Van Thai. Carter Lilly started off the year with 600m (1.18.95) but was not able to finish the indoor mile at Larry Wieczarek Invitational on 17th January in Iowa. Lilly was not able to break his 600 Record of 1:16:89. Lilly holds the 600, 800 indoor and 800m Outdoor Records.

In Canada Jonelle Halog who ran for the Phi Airforce Alliance super team before opened his season on January 18 with a 7.05 run for the 60m. Halog PB is 6.90 and 10.75 for the 100m he did take off nearly 2 years to focus on the skeleton (individual bobsled, winter Olympic type event). But at 24 is now back on the track. Halog held the Phi Junior Record in the 60m until it was erased by Manuel Guzman. Guzman has only managed 7.17 so far this year in 60 meters.