The World Indoor Athletic Championships has now been moved to 2021, with the organizers choosing for it to go back to Nanjing eventually.

The World Indoor Athletics Championships, scheduled for the Chinese city of Nanjing in March, have been postponed until 2021 as a consequence of the coronavirus epidemic, officials said.

“It is with regret that we have agreed with the organisers of the World Athletics Indoor Championships in Nanjing (13-15 March 2020) to postpone the event to March 2021,” the sport’s governing body said in a statement.

“The advice from our medical team, who are in contact with the World Health Organisation, is that the spread of the coronavirus, both within China and outside the country, is still at a concerning level and no one should be going ahead with any major gathering that can be postponed.”

The virus has spread from the epicenter of Wuhan to more than 15 countries, with about 60 cases in Asia, Europe, North America, and, most recently, the Middle East.

World Athletics said they had considered the possibility of relocating the event to another country, but “given concerns still exist regarding the spread of the virus outside China, we have decided not to go with this option, as it may lead to further postponement at a later date.”

Asian Indoor Athletics Championships in China moved to 2021 due to Corona Virus.

The Asian Athletics Association (AAA) had CANCELLED the 9th Asian Indoor Athletics Championships scheduled from Feb 12-13 at Hangzhou, China. Amid fears of the coronavirus outbreak. Asian Athletics forwards the meet to 2021 as well as the World Indoors as well.
The cancellation of the Hong Kong Marathon
The Philippines was looking at sending athletes such as Eric Cray, Kristina Knott, and William Morrison. We will now wait till 2021 as the AAA moved the event to next year.
You can view the adjusted calendar of Pinoyathletics for 2020.

The Asian Athletics Association (AAA) made a unanimous decision following requests from its Medical Commission and some member countries.
The AAA is currently looking for an alternative venue. It is worth mentioning in this context. The 2020 Tokyo Olympics boxing qualifier, scheduled in Wuhan, China, was rescheduled to Amman, Jordan. 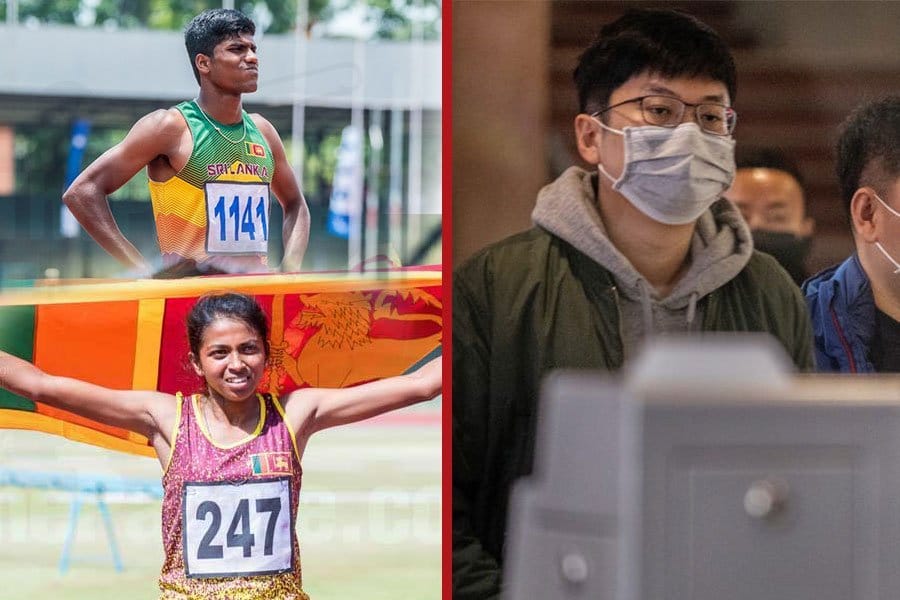 The Corona Virus has also cast a shadow over the hosting of the World Indoor Athletics Championships. Nanjing will host the Games from March 13 to 15.
Many other sports events including — women’s Olympic football qualifiers and a Fed Cup tennis event. Shifted out of China due to growing concerns over the restricting travel to contain the epidemic. That has claimed more than 50 lives and infected nearly 2,000 people.
While China’s Xinhua news agency said, the Chinese Football Association decided to shift the Olympic qualifiers, which involves China, Australia, Taiwan, and Thailand. After cases of the virus came to light in Jiangsu. Meanwhile, the International Tennis Federation said next month’s Fed Cup’s Asia/Oceania Group I event. I moved from Dongguan, southern China, to Kazakhstan because of increasing travel restrictions in China.

Will coronavirus lead to the cancellation of the World Indoor Championships? 3 Competitions canceled so far

The rapidly spreading coronavirus outbreak, which originated in Wuhan, China. At least three major competitions being canceled or postponed. And the World Indoor Championships, scheduled to take place in Nanjing from March 13 to 15, could be next,

The Standard Chartered Hong Kong Marathon, scheduled to occur on February 8 and 9, has been canceled, and the 70,000 entrants will receive refunds. The race traditionally attracts a strong and deep elite field due to its generous prize of US$65,000 for the male and female winners and $12,000 for course record-breakers.

Yesterday the Asian Athletics Association announced it was canceling the Asian Indoor Athletics Championships, scheduled to occur in Hangzhou. 600 kilometers from Wuhan, the center of the outbreak on February 12 and 13.

And Gaoligong by UTMB, an ultra-trail race scheduled for March 21 to 23 in Yunnan, has been postponed. Gaoligong by UTMB offers four race distances: 165K, 135K, 55K, and 35K. UTMB offers similar races, including Oman and South America, at different times of the year, in addition to the main event in Chamonix in August.

Philippine Athletics Track and Field Association or PATAFA is sending ten of its track and field players to the Asian  Indoor Athletics Championships in Huangzhou, China, February 12 & 13, 2020.

As per the entry standards above, the IAAF (now World Athletics) has removed several events from the Indoor program over the last few years. Which leaves a limited selection of events indoors.

So far, pole vaulter Ernest John EJ Obiena is the lone qualifier in Asian Indoor Athletics Championships in Nanjing, China, as he meets the 5.70 Meter Pole Vault Qualifying standard to compete in the meet.

EJ Obiena is back training in Italy, preparing for the Tokyo Olympic Games on July 24-August 9.

“NOCS may enter 1 athlete, male or female of regardless of time if they have no athletes meeting the entry standard.”

In this case, EJ Obiena has qualified, so everyone else has to meet the qualifying criteria regardless of gender. The rule of 1 male and 1 female wild card was phased out when And increased the Olympic standards. It was the previous rule.

The qualifying ways are by

1. beating the qualifying standard in the allotted time period
2. the IAAF Point Ranking System. (The latter, I’m still unsure how it works).
This means that any female athlete would not be afforded a wild card.
Knott and Uy are still competing in several Olympic Qualifying Tournaments next year, hopeful of meeting the Olympic Qualifying Standards in their respective events.
Sources:
https://www.philstar.com/sports/2019/12/27/1980143/philippine-athletics-chief-eyes-more-tokyo-2020-olympians
PLEASE SHARE THIS ARTICLE