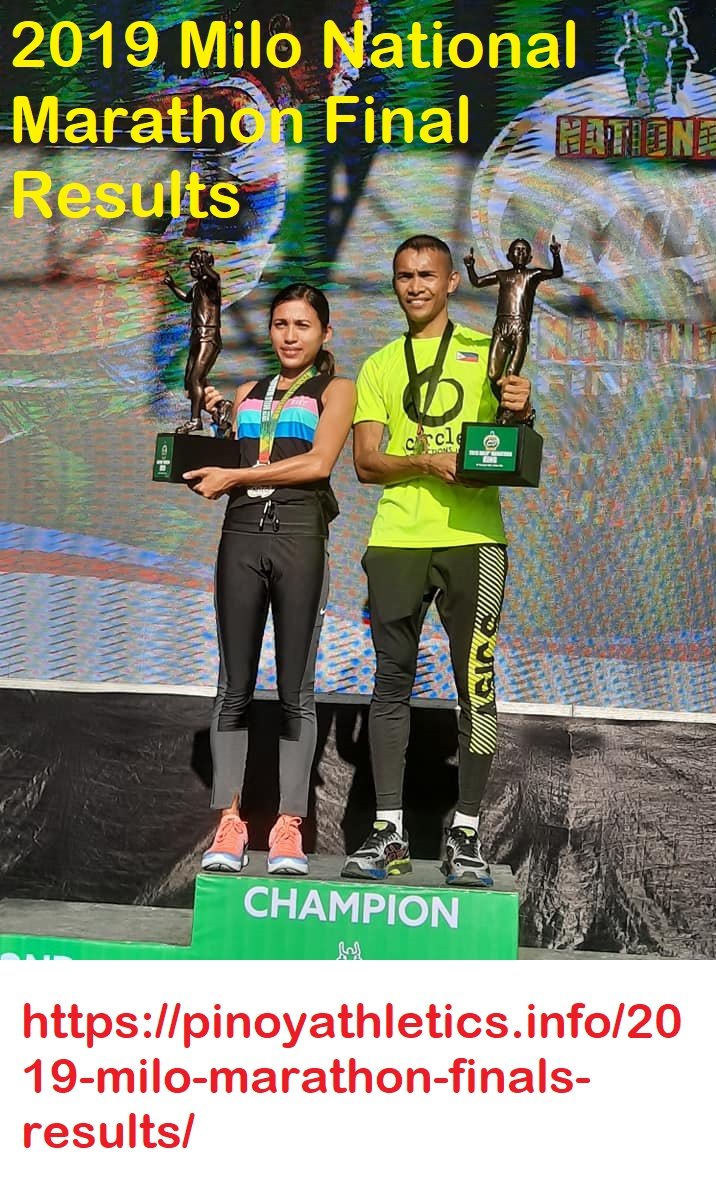 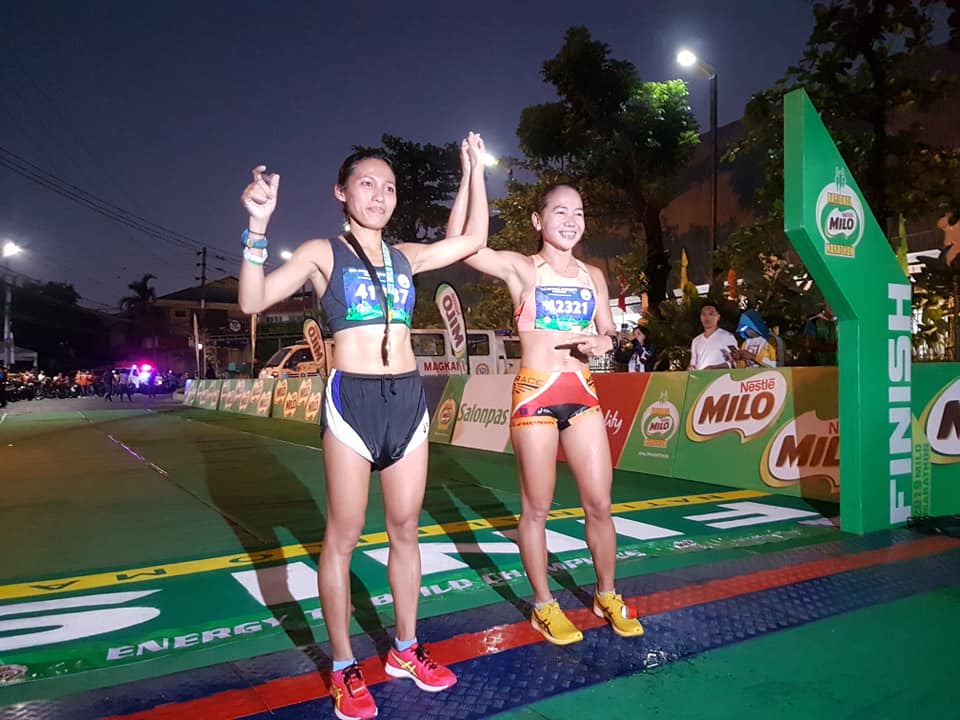 2019 SEA Games Champion Christine Hallasgo proved once again she is the New Marathon Queen of Philippines Athletics by winning her first National title at the 2019 Milo Marathon Finals in Tarlac City.  Hallasgo ratified this again with another victory over Mary Joy Tabal. Mary Joy Tabal is an Olympian, National Record Holder in the Marathon, and the 2017 SEA Games Champion. But as the dust settled on this occasion it was Hallasgo the rising star from Bukidnon. That put to an end the 6-year winning streak of the legendary Mary Joy Tabal of Cebu.

Hallasgo clocked yet another Personal best of 2h52.23 improving again on her Personal best of 2h56.56 set at the SEA Games just last month. Tabal finished second with 2h58.49 and Christabel Martes a former 2x SEA Games Champion came third in 3h05.40. Tabal’s time of 2h58.49. It was exactly identical to the time she registered at the 2019 SEA Games to secure the silver medal.

Hallasgo qualified for the national team earlier last year and is now training with the legendary Eduardo ‘Bertek’ Buenavista a former Olympian and 4x SEA Games Gold Medalists, who still holds the Phi Record in the Men’s Marathon. Under Buenavista, she improved her PB from 3h04 to 2h52.

Hallasgo who was earmarked by PATAFA as a contender to qualify for the Tokyo Olympics later this year still has ‘a long way to go’.  The Qualifying standard is 2h29.30 and Hallasgo needs to make this by June 22. This means in 5 months she has to improve by 23.23 minutes or 4 minutes 41 secs each month on average.

It was a good day for Mindanao Athletics. When Jerald Zabala who hails from Cagayan De Oro crossed the line in a blazing sprint finish in 2h31.16. Zabala time was a slight personal best improvement on his 2h31.25 set last year.

While he won over Richard Salano narrowly in 2h31.17. With 2016 Milo Marathon Jeson Agravante pursuing them for third in 2h31.55. All 3 are members of the national team. Anthony Nerza who represented the Philippines in the SEA Games faded to 10th place with stomach problems.

Zabala was runner up last year to the late Rafael Poliquit.

Hallasgo and Zabala both netted 150,000 pesos each for winning the prestigious Milo Marathon. 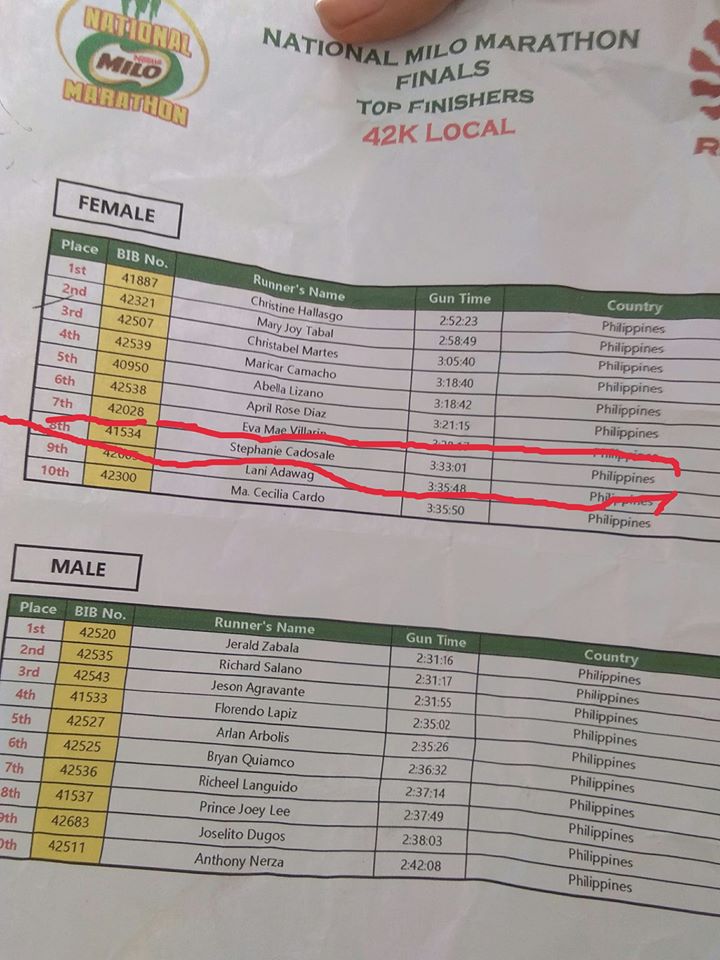