*Criteria set by PATAFA 5th place minimal from last SEA Games 7.53m only Ubas made it.

In the first event, Richard Salano of the Philippine Army defends his men’s 10,000m title in 31:41 (unofficially).

Both of the Philippine Airforce are putting up a fierce 3-way fight. Salano’s time is the fastest in South East Asia for the early stages of 2019. 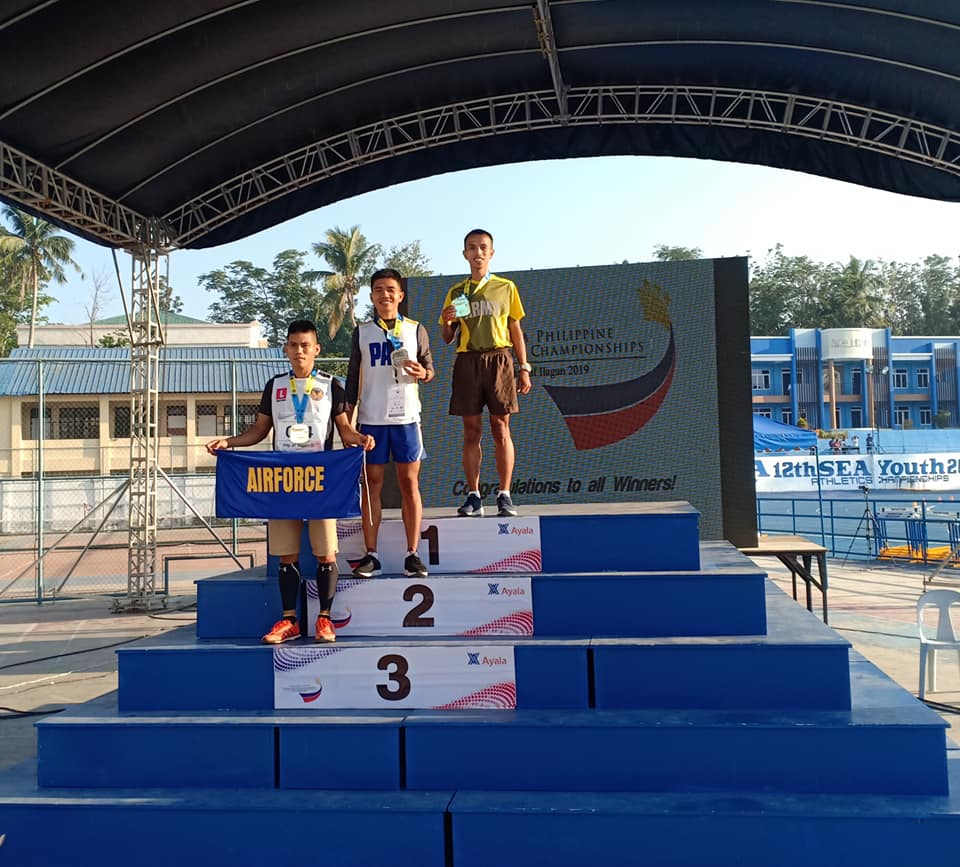 Coming up at 7 am in the very competitive men’s Long Jump. SEA Games bronze medalist Janry Ubas will face the challenge of three athletes from outside the national team.

*NB, this article was a long time coming as I had been busy with other writeups.

And wanted a quality article.

The most interesting find is 6’2 Joyme Sequita, who hails from Roxas City, Capiz.

It has been quite a meteoric rise for the 22-year-old Sequita, who won the National PRISAA Championship in May at Bohol on a

A few weeks later, at the National Championships in Ilagan. In the lucky last heat, 4 of 4  Sequita competing for Mapua University clocked a new personal best of 48.16, finishing second in H.M. Dilip Ruwan of Sri Lanka (47.19).

Ruwan is a member of the Silver medal-winning 4×400 team at the 2017 Asian Championships.

In third place was Sequita training partner Reymond Alferos who had won the 400 at the Philippine National Games a few weeks ago was third (48.20).

In the Semi-Finals, Sequita jogged through easily in third place in 49.36, behind Kumar of Sri Lanka and Tahir of Malaysia, who later beat in the finals. Joyme  Sequita also runs the 200 and 400

Sequita, after conserving in the semi-finals, clocked a New Personal best of 47.34 in the Finals to take the silver medal.

Impressive as he beat a lot more experienced members of the national 4×400 relay team.

With Alejan not competing due to health issues, Bagsit opting to run the 200,

Caido was eliminated in the semi-finals, and Mico Del Prado focusing on 400 Hurdles.

In fact, no members of the national team made the finals.

Sequita and Alferos train with 2001/2003 SEA Games Champion and Former national coach Ernie Candelario and Frederick Ramirez of JRU, who trains with national coach Noel George ‘Jojo’ Posadas only 3 Filipinos made the final. The rest was 2 Sri Lankans and 3 Malaysians.

Sequita finished behind Ruwan again in the final, with Ruwan officially clocking 46.87, and he wedged out the other Sri Lankan Pre-Kumara, who timed 47.65.

With Ramirez in 5th and Alferos in 6th.

In this video, the video software didn’t sync with the official times. However, we think the timer might have been off as we pulled the times from 2 videos.

The time of Sequita ranks him 2nd in the National Rankings between Fil-Heritage duo Trenten Beram 46.01 and Eric Cray 47.67, which should place him in the national 4×400 relay.

Perhaps one of the most underrated coaches in the Philippines Track and Field. Candelario, who was terminated from the national team by the PATAFA despite producing SEA Games medalists in 2015, is arguably the best 400 coach in the country.

Candelario had taken Sequita from 49 to 47.34 as he has coached him via correspondence and then directly at his own expense.

Candelario reported that Joyme was comfortably hitting times of 34 seconds x 2 in training before Nationals, so based on that, I saw it’s going to be a 47 sec run at nationals.

Candelario spotted Sequita two years ago in the PRISAA. After that, he said every year, he would ask Sequita to join training sessions.

“He stil has to build muscle that’s why he can’t use the (starting) blocks much,”

said Candelario. “But we will get there.” –

Sequita took the Airforce exam but wasn’t able to pass; he may be retaking it.

You can read about other great performances at the