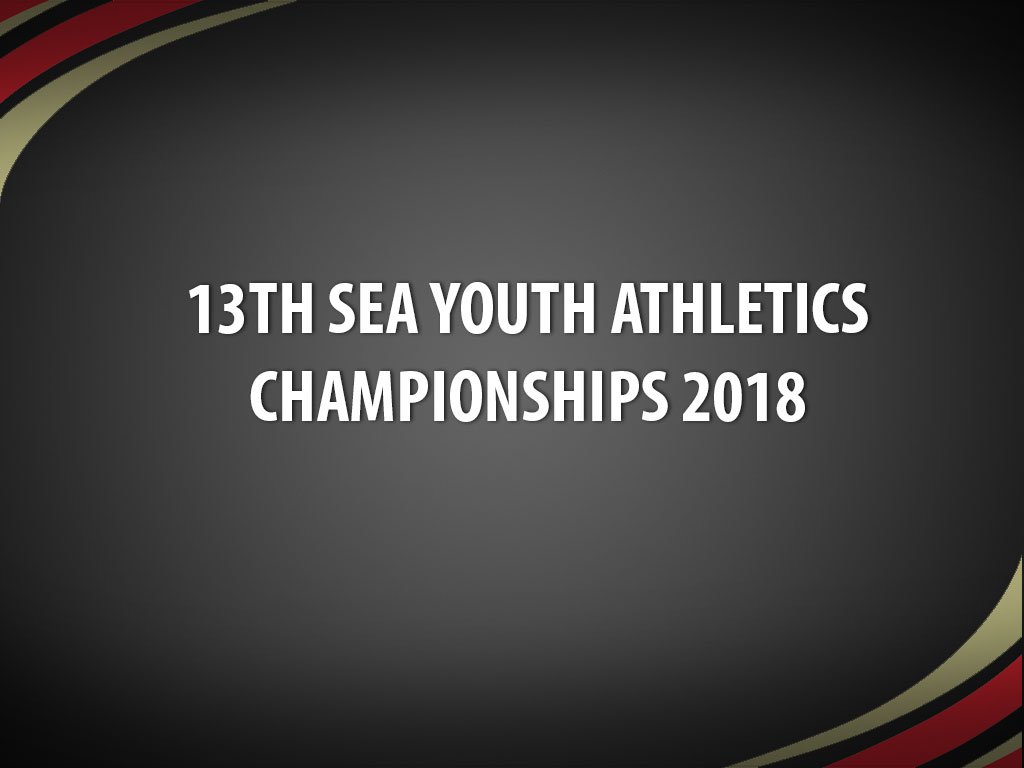 The PATAFA has sent 11 athletes to the 2018 SEA Youth Athletics Championships in Bangkok, Thailand. April 3 to April 4. PATAFA Auditor Ma will accompany the 11 athletes. Jeanette Obiena.

The 11 Athletes are (coaches in brackets)

**More Updates on athletes chances and performances to be updated

**Thank you to several anonymous sources for this information

10 of 11 of the athletes flew out on April 2 in the morning. This except for Ruthelma Laylay, who was not able to secure a passport in time.  The event is for athletes born in 2001, 2002, 2003 and will be from April 3-4. It was reported that it would be raining all day in Thailand.

The first event with Filipino entries will be the Women’s 800m at 8.30 pm. This will see the fastest ever 14-year-old Tara Borlain (2:15.49), who ran that last year at Vigan in the Batang Pinoy, and last year’s silver medallist Dark Horse Bernalyn Bejoy (2:16.22) of Bacolod. The duo will square up against Le Thi Kim Phuong of Vietnam, the defending champion with a PB of 2:13.81 from last year in Ilagan.

With only seven entries, it is a straight final this afternoon. Pinoyathletics is guessing Vietnam to win, with Borlain and Bejoy fighting it out for silver and bronze.

Also, Jason Jabol, 15, who was silver last year with 6.99m, will be competing in the Long Jump. Jabol has not been able to get anywhere near the 6.99m he leaped in Ilagan since.

Josh Buenavista, a bronze medallist at the Children of Asia Meet and the SEA Youth last year in Ilagan, where he clocked 9:25.85, competes in the 3000m.

Veruel Veradero, who was bronze in this event last year, is entered and Jabol.

Girls Long Jump this afternoon is very competitive with 11 entries. The Philippines is represented by Trixie Dela Torre 5.64m. Dela Torre took silver in this event last year with 5.33m. Last year’s champion Tia Louise Rosario is now overage. But Singapore’s En Ling Nim recently beat Rosario a few days ago at the Singapore School Games with a new PB of 5.69m. There is not much info on the rest of the field, but it has 2 Vietnamese, 2 Malaysians, and 3 Thailand.

The Philippines is represented by Raul Payon in a straight final this afternoon. Giang Vang Dung, the 2017 ASEAN School Games Champion 1:55.93, Payon was 4th in the event last year in 1:58.97. 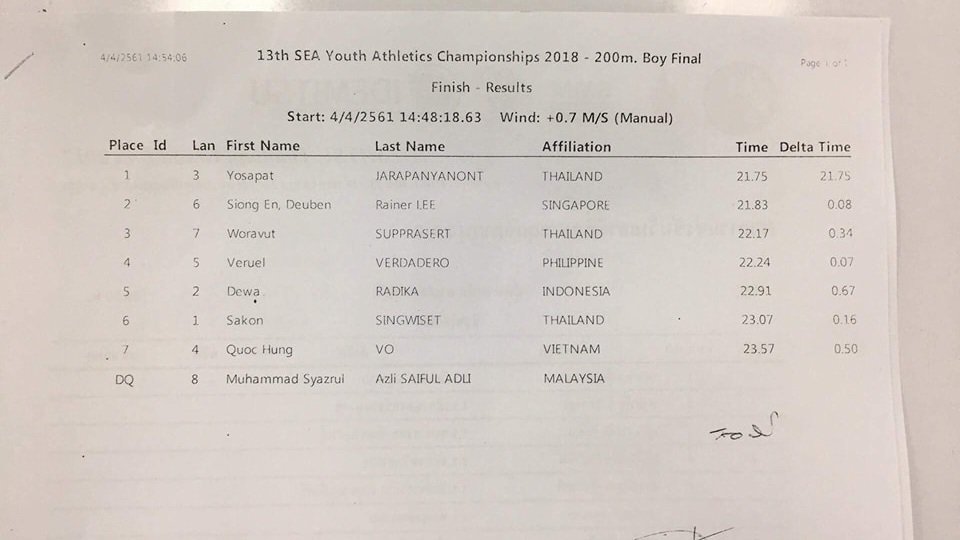