Edwin Giron Jr., has finished 7th in the 800m at the Asian Junior Championships in Gifu. Giron’s feat makes him the First Filipino athlete to make the top 8 at Asian Juniors in 16 years. The last being Julie Rose Forbes in 2002 in the 400 Hurdles who finished 5th, and Ralph Waldy Soguilon in 2001 in the 100m who finished 8th. 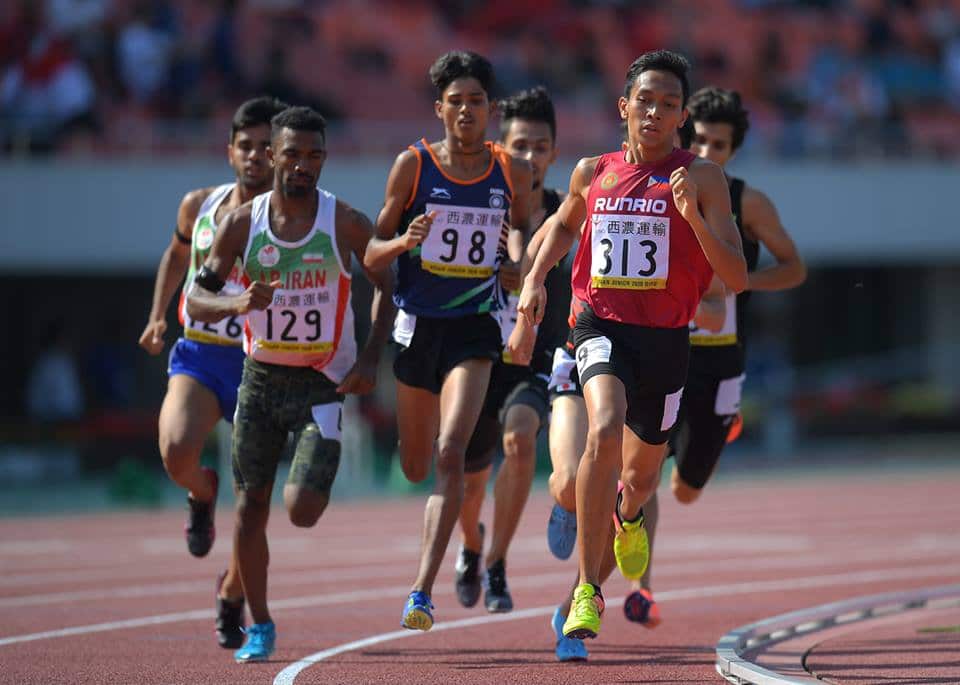 Our very own Edwin Giron Jr. of the Philippines (313). Doing his very best battling it out with some of the biggest names in the Asian Juniors.

For Giron back in 7th in the Final in 1:56.79. He was left to do some serious soul searching despite a rather credible feat of making the final that had not been done for 16 years. It seemed all runners had a 3 second discount in this race in the wrong direction. Giron relayed this message to Pinoyathletics

Coach sorry I didn’t made it.  My time in heat is only 1:54.17. I’m 7th in final. Our heats done 11:20 already then final in afternoon,only 2 hours and have rest. I feel like my body can’t recover yet after the PNG and national open. Very heavy and my running has no force. Sorry buddy. Maybe if the final was tomorrow i could have won Bronze.

Pinoyathletics would like to commend Giron on his effort. And the hard work of his coach Fernando Dagasgas of Dasmarinas. Giron was endorsed by yours truly to Dagasgas as he was originally a product of Zamboanga City.

More recently he set a new PB of 1:52.70 at the National Open in Ilagan just a week ago.

Giron was supposed to only run 1 event at the nationals, but instead ran 800 x 2 rounds, 1500 and 4×400 which probably over-exhausted him for Asian Juniors.

Giron was the only representative of the Philippines at the Juniors. He hit the bronze standard in the 1500 of the 2016 edition. But entry in the 800 turned out ok. Briefly glimpsing through the results I feel they should have sent more athletes to Asian Juniors from the Philippines as there were some possible top 8 finishes we missed out on. Coach Dagasgas and myself had endorsed Giron for selection for Asian Juniors to the PATAFA.

Which at the end of the day as the dust settled proved to be a very wise and rightful choice.

The Philippines will just send 3 athletes to the Korea Open June 16-17 in Yecheon, South Korea. The team is comprised of 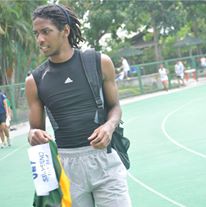 The Men’s 4×100 which had last ran 39.11 at the SEA Games in August where they got baton drop at the Nationals earlier in the month will not attend. As core members, Eric Cray and Trenten Beram will not be joining the Korea Open.

As per the Taskforce of the Philippine Olympic Committee. Qualification for Asian Games is

until June 30 2018. Which makes the Korea Open probably the last chance for Athletes to qualify for Asian Games. In a later email had been expanded to 21, with 3 unnamed college athletes begging out due to school commitments which brings the total to 18 according to the article.

As of December 2017, the qualifying criteria stated by the POC were as follows. 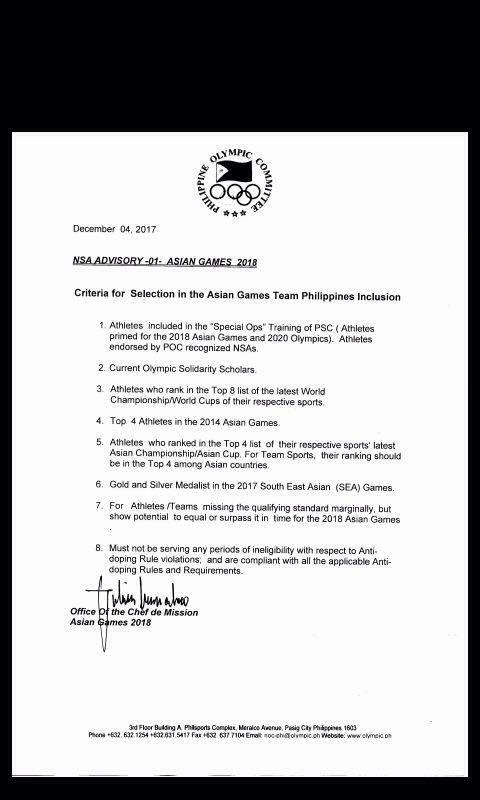 In the long jump event, Janry Ubas and national open champion Julian Fuentes failed to crack the top 3 where Sapwaturrahman ruled with a leap of 7.98 meters.

(neither of Singaporeans makes it to Semis)

(Philippines DNS as Cray and Beram not available) Christian Ampong took the Javelin Gold Medal at the 2018 Palarong Pambansa in Vigan for his new team NCR. Most noteworthy is that Ampong’s throw of 58.51m (@700 gram) is a big improvement on his personal best (PB). Furthermore, the silver medalist was nearly 5 meters back at 53.87m. His PB, however, remains outside the Palaro Record of 62.47m registered by Bryan Pachecho last 2014.

Ampong was still not selected for the Palarong Pambansa by Zamboanga del Sur. The 5’11 18-year-old from Kumularang, however, will be 1 of 35 athletes representing the country at the 2018 ASEAN School Games (list coming shortly).

The purpose of this write up is to inform the public that no-poaching of the athlete took place in the case of Ampong, as he decided to leave on his own due to the fact that he was unfairly deprived of the chance to represent ZPRAA in the 2017 Palarong Pambansa.

While DEPED has the ultimate authority to decide the final composition of the team, Coach Jong Salinas was not the winning coach at the 2017 ZPRAA. In fact, Salinas ended up losing to Zamboanga City his designated spot as the secondary girl’s coach of Zamboanga Del Sur.

Provincial DEPED was responsible and had full authority in the selection of the secondary boy’s team as Zamboanga Del Sur won the Regional meet in Secondary Boys.

They delegated full authority to Coach Salinas for the selection of the athletes. In the end, Salinas opted not to select Christian Ampong in the team and instead selected Mark Puspos, who was only 4th at the Regional meet (Ampong took silver in the meet). This shows inconsistent reasoning.

The Provincial Government was not at fault. Ampong is very thankful for the opportunities provided him as a budding athlete at the sports academy. This would never have been possible without the help of Governor Cerriles and his original coaches, Messrs. Ebrahim Esmael and Jomel Ogocadicon.

Coach Sy did not poach him either. Ampong chose to go to Sakya as he was deprived of the opportunity to go to the 2017 Palaro and did not want to risk the DEPED system blocking him again from going to Palaro.

The DEPED, via PESS Coordinator Noel Sangrenes, allowed Coach Salinas to be the boys’ coach even though he was not the winning coach. As Zamboanga Del Sur won the regionals, it was well within their right to do that. As earlier stated, Salinas opted not to select Ampong in favor of Puspos (who he coached), which was also well within his right to do so.

Salinas and Sangrenes did what was well within their rights as DEPED representatives for Palaro team selection. However, whether the selection was consistent and fair is another question altogether. Ampong left the academy and eventually went onto win the gold for NCR.

And his decision to join Sakya and team up with coach Joseph, who improved him from 53m to 58.51m, was one of the best things that ever happened to Christian Ampong.

Riza Jane Valiente is the most qualified for World Juniors

Only Fil-Heritage athletes have ever qualified for World Juniors

Fil-Heritage Sprinters Kayla Richardson (2015 SEA Games 100m Champion) andZion Corrales-Nelson in the 2014 and 2016 World Juniors were the countries only legitimate qualifiers. As other athletes sent prior to this were all wild cards.

So in 2018, the Philippines has no legitimate qualifier in any event for World Junior Championships.

Three athletes were sent to the Malaysian Open from the Philippines. This was not on the original request list with the PSC.