Due to the fact that Results keep disappearing off the internet, after a set amount of time. We are archiving The 2018 Asian Indoor Athletics Results. Which was held February 2 to 4 in Tehran, Iran. Please note very limited countries entered mainly former Soviet Republics and a lot of participation from host Iran. 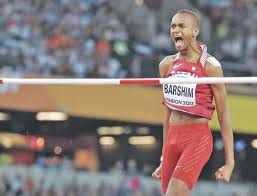 As the competition concluded Vietnam the only participating SEA Nation at the Asian Indoor Athletics in Tehran finished 7th of 12th nations with 1 Gold and 3 Bronze medals.

Another Bronze was added from Nguyen Thi Oanh SEA Games 1500m Champion, she timed 4:28.87 to go with the 3000m Bronze she won the other day. But it was nearly 20 seconds away from the National Indoor Record.

Vietnam dished out its second medal, on Day 1 with another bronze courtesy of SEA Games Long Jump Champion Bui Thi Thao who also shattered the National Indoor Record with a 13.22m leap. Well above the 13-year-old national record set in 2005 by Bui Thi Nhat Thanh.

While in the qualifying round of Long Jump Nguyen Trien Trong leaped 7.50m to qualify 3rd= for the men’s final. It eclipsed his own national record of 7.48m set at the Asian Indoor and martial art games last year.