Other Day 2 and 3 SEA Results

Three Indonesians competed in the Men’s Pole Vault and 17-year-old Idan Richsaun took the SEA lead with a 4.90m vault.

SEA Games bronze medalist Aravinn Theavarr Gunasegaran of Malaysia clocked a season opener of 21.67 after having run a 48.02 the other week in Malaysia. 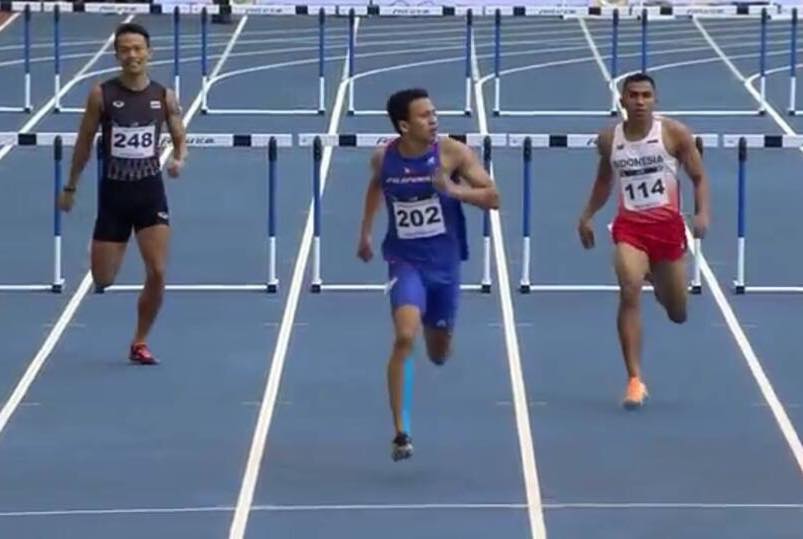 The Philippines are maybe very famous for Eric Cray its Asian Champion in 400 Hurdles.

But another young Hurdler by the name of Francis Medina is quickly making a name for himself.

With the absence of Cray from this meet as he is focusing on his preparation for the Asian Games in the states. Medina managed to take 4th and move ahead of Renato Unso as the #2 all-time Hurdler for the Philippines.

The National Champion in the 400 Hurdles at Ilagan.

Medina had improved his 400 Hurdles from 52.82 to 51.30 by April 2017 at Singapore Nationals beating SEA Games bronze medallist Andrian of Indonesia.

And was looking certain for the bronze at the 2017 SEA Games after the strongest qualifying time in the heats.

However, he pulled his hamstring on the 2nd to the last set of Hurdles, tumbled over crashing through the next Hurdles, and had to be taken away on a stretcher.

Returning to form with 51.82 during weekly relays.

He again for the second time was able to beat SEA Games Bronze Medalist Andrian of Indonesia 1.59. 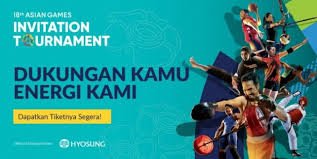 New Kid on the Blocks

Indonesia’s Lalu Mohammed Zohri caused a massive surprise on Day 1 of the Pre-Asian Games Test to meet in Palembang, Indonesia.

None more so than the 17-year-old discovery of Lalu Mohammed Zohri.

Zohri time was the 2nd fastest ever by an Indonesian athlete and a National Junior Record.

The National Record belongs to 2x SEA Games Suraya Agung Wibowo which is 10.17 done in 2009 set at the Laos SEA Games.

With All-Athletics.com now out of service, it is difficult to find out what Zohri PB is for 100.

But data indicates he was mainly a 200 runner who has now started running more than 100m.

Absent from the 100 was SEA Games Champion Khairul Hafiz Jantan of Malaysia.

Meanwhile, in the Decathlon the other Filipino entry on Day 1, SEA Games Champion Aries Toledo made the best he could as there was only one other athlete in his event.

Maria Londa the 2015 SEA Games Champion, established the Lead in 2018 SEA Rankings with a Gold in 6.43m in the Women’s Long Jump.

Neither Asian Games & SEA Games Champion Bui (Vietnam) who has jumped 6.20 to win Asian Indoors or Marestella (Philippines) who will open in April made an appearance at this meet.

Londa won by a mere 1cm beating Indian duo Neena (6.42) and James (6.16) who were Silver and Bronze at the Last Asian Championships.

SEA Games 110 Hurdles Champion Rayzam Shah Sofian of Malaysia opened his season with a bronze in 14.01, while Indonesia Rio Maholtra clocked 14.09. While in the Women’s 100  Hurdles  Emilia Nova clocked a 2018 SEA Lead with 14.16.

Thai’s on the Move

In Japan  Linda Janthachit a new Thai Runner has taken the Women’s Marathon season lead winning her race in Kitasyuhu on Feb 18 in  2h49.56.

This came as a big improvement on her2h57.20 run also for the Japan Based Janthachit.

She became the 7th Thai woman to break 2h50.

While making a return over in Europe is the 2016 Rio Olympian Jane Vongvorotchi who timed 1h18.51 to take the season lead in the women’s Half Marathon at Las Palmas, Spain on January 21.

Vongvorotchi who is now based in England had not competed since the Rio Olympics.