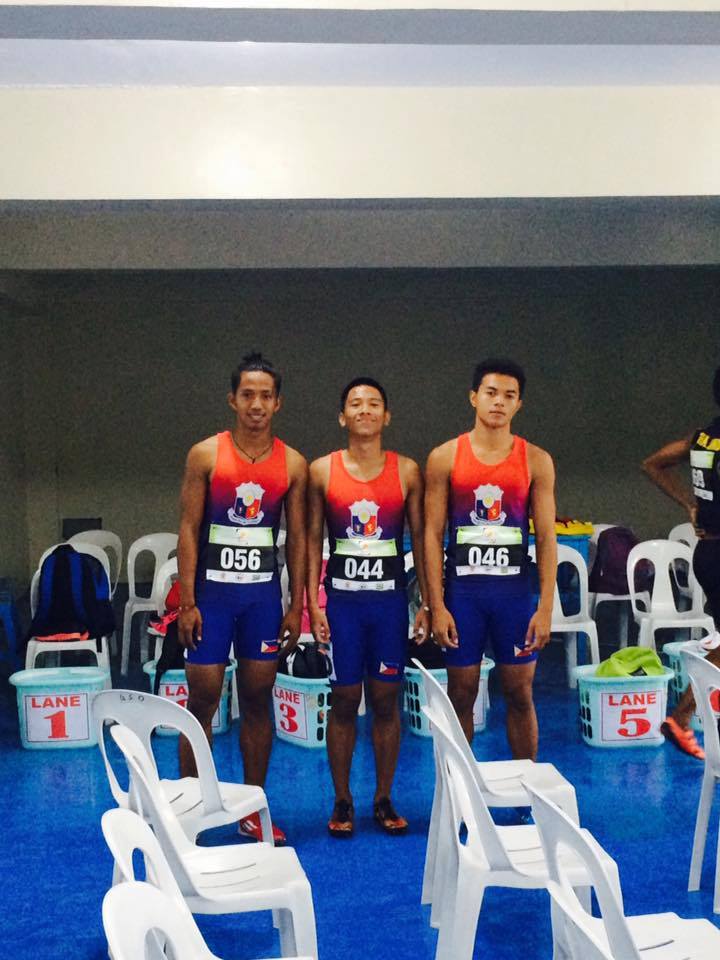 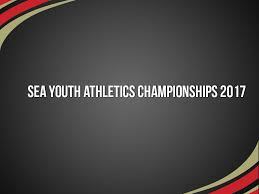 Despite having around 80 athletes participate in the Philippines, they could only manage 1 gold medal at the 2017 SEA Youth Championships. In conclusion, the host was humbled by Mighty Vietnam.  Above all, which generated 13 golds, Malaysia and Indonesia each had 6, Thailand 5, and Singapore 2.

8 of the 11 sea nations participated, with Laos, Cambodia, and Myanmar not joining.

However, The Philippines did have the most number of medals at 25. Because they had by far the biggest delegation. In addition to most cases, the other SEA Nations did not field large teams or send their best age-grade athletes in many events. Therefore in most circumstances, there were only 2 non-Pinoys, so the Pinoy athletes have assured a bronze medal.

For instance, some events’ quality was not high; for example, the 200m Boys were won at 22.30 here compared to 21.4 in Marikina at ASEAN Schools in 2014 (same age grading). In conclusion, there are clearly more boys in this age category running below 22 seconds that did not show up. The 100 and 200 were straight finals. Let’s say if each of the member nations entered 2. And the Philippines had 3 that would have been 17 athletes (2-3 heats) and not just 8 or less.

The lone gold came from Francis Obiena, the clear event favorite with a 4 meter + PB. Francis delivered the only gold for the Philippines.

The PATAFA needs to really see this as a WAKEUP CALL. In terms of where are, the program is heading. It seems like we will drop further and further behind other SEA Nations. Just like my closing report with the PSC. If we can’t even keep up with the age-grade level athletes, how are the senior-level athletes going to develop and cope with SEA Games?

There are no problems with DEPED and PSC programs, such as the Palarong Pambansa and Batang Pinoy, which bring changes to lots of athletes and coaches.

PATAFA’s grassroots program lacks scientific training. It’s partly PATAFA’s responsibility as well to spread or improve training programs. An example is the IAAF Kids Athletics Program. It teaches kids how to have fun and get involved yet doesn’t actually emphasize correct movement patterns. Movement patterns for kids are fundamental at an early age to make them more efficient in later development stages.

SEA Youth Part 2: Investigation and Lessons for next time.

To everyone, I advised you I would continue my investigation on our 80 athletes = 1 gold performance. And if people took offense to constructive critical feedback, I apologize.
Regarding SEA Youth observation and later video analysis will show. It’s not entirely the fault of PATAFA. Even though PATAFA needs to do a better job emphasizing this, it’s not entirely under their control. However, they have the power to implement this to some extent.
In my learned and expert opinion, the reason we did poorly compared to other SEA Nations at SEA Youth. Is correct teaching of effective movement patterns. Suppose you observe the Vietnamese athletes’ very fluent movements, smooth motion running high on an ft ball, etc. Less energy being wasted.
And then a lot of our runner’s lots of butt kicks, no frontal strides. Little to non-frontal high strides.
Example of a sprinter I coached a 16-year-old male; he was around 11.4, but his problem I identified as he was landing behind his hips, which caused calve injuries. I gave him running downstairs, landing drills, and running upstairs. Cause it put his body in alignment to land correctly. Within a few months, he brought his time down to 10.9.

More emphasis must be put on incorrect movement patterns and must put less into quantity type training.

When I was coaching, I spent the first three months emphasizing correct movement patterns via drills before adding any significant workload. Even when the athletes have been taught exercises, the coach must monitor the routines to ensure they are maintained correctly and the basics are not forgotten.
The poor teaching of correct movements extends to grass-root, college, and national coaches. I will not put down names to issue further grief. But analysis of videos from the SEA Youth makes it fairly obvious which athletes need the most work done on them.
Teaching correct movement patterns for athletes, if possible, must be conducted at the pre-puberty age around 8-12. Learning at that age enhances natural ways. It was mentioned before in a previous article this is probably more crucial than teaching kids athletics. Often, we see quantity over quality, which is very wrong if the athletes don’t even know how to move effectively and efficiently first, and too much jarring or bounding exercises on concrete damage to joints.

Not running properly can also lead to burning out and injury.

Well, let’s look at the Vietnamese and Thai athletes; it’s obvious that their age-grade champions usually become SEA Games champions later. Why is it that our best age-grade winners burn out or get injured a lot of the time? A lot of the time, it may be due to ineffective movement patterns being taught.

Unlike the conventional way of thinking that other athletes will overtake an athlete that excels at an early age, I tend to disagree if the athlete has a good attitude and is well guided, this is not always the norm.

Hence we don’t win as many SEA Medals. It’s a known fact that out of all the current Palaro Record Holders in athletics, Elementary Boys, Elementary Girls, Secondary Boys, and Secondary Girls. Only Patrick Unso has a bronze medal at SEA Games; none of the other current record-holders won SEA Games medals. If you compare this to, say, Thailand, Vietnam, and Malaysian school record holders, you’d probably see that many of them went onto win SEA Games medals. The coaches guided them better in movement patterns; so they didn’t burn out or get injured.

Thailand sent only 6 athletes to the SEA Youth but ended up with 5 Golds, what’s more, if they sent a full-strength team.

Not taking anything away from the great well deserved win of Francis Obiena, of course, and his hard-working coaches. But there were several strong athletes from other SEA Nations not in attendance that would have made Francis probably improve his best leap. Saciin Esan Maran/2001 4.20 (26.02.17, SAA Track, and Field meet) of Singapore is one example. Although it’s hard to find birth dates, there are probably other jumpers in this age range from 4.00 to 4.50m. It was pretty much a solo effort, which made Francis win even more impressive.
Some variables outside of the PATAFA control, such as the DepEd System, which other countries’ Athletics Bodies do not have the same barriers, will be discussed in the following article. 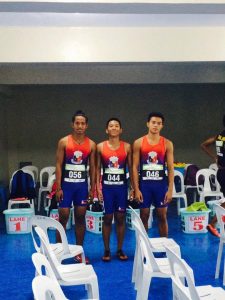 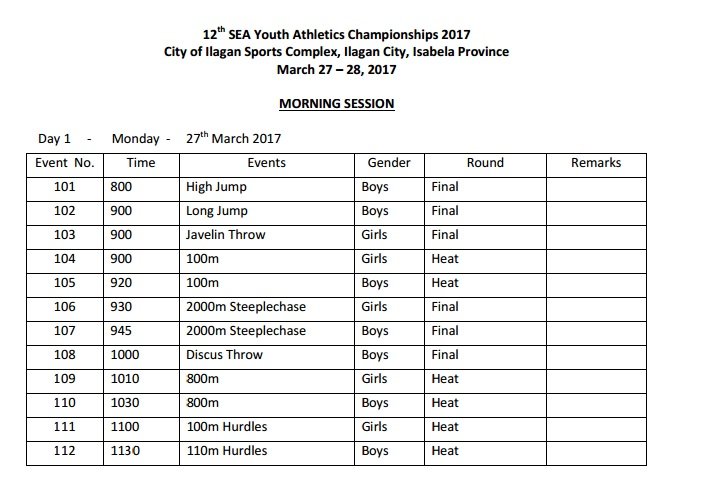 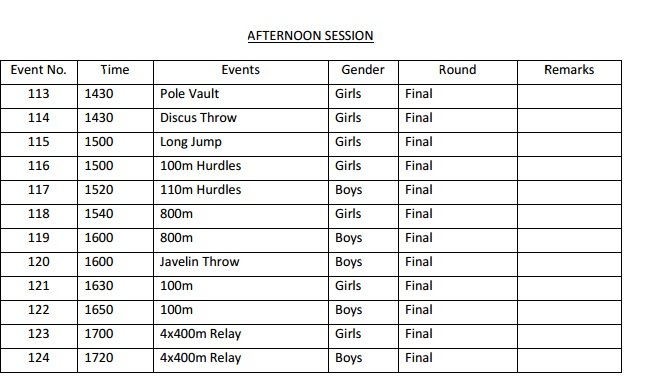 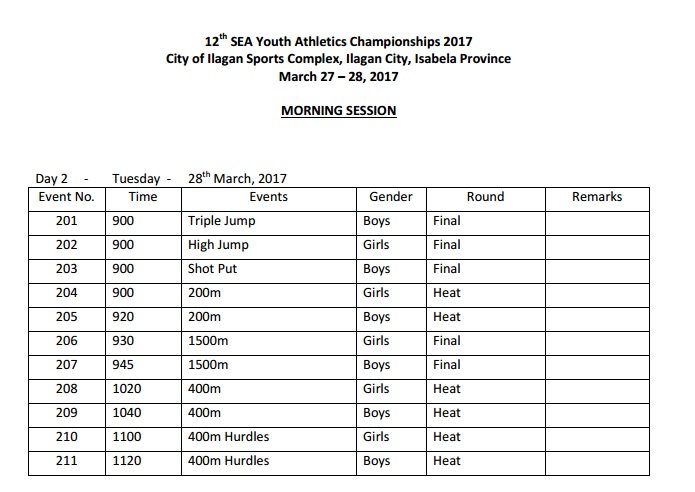 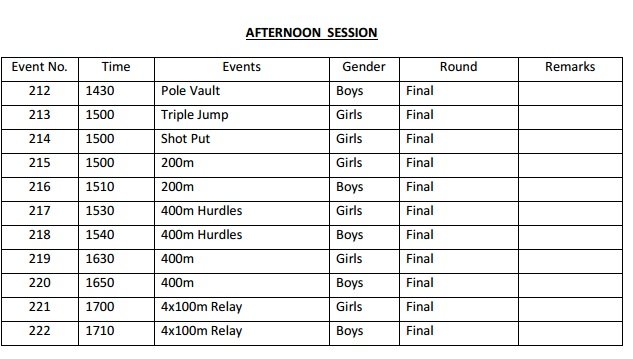