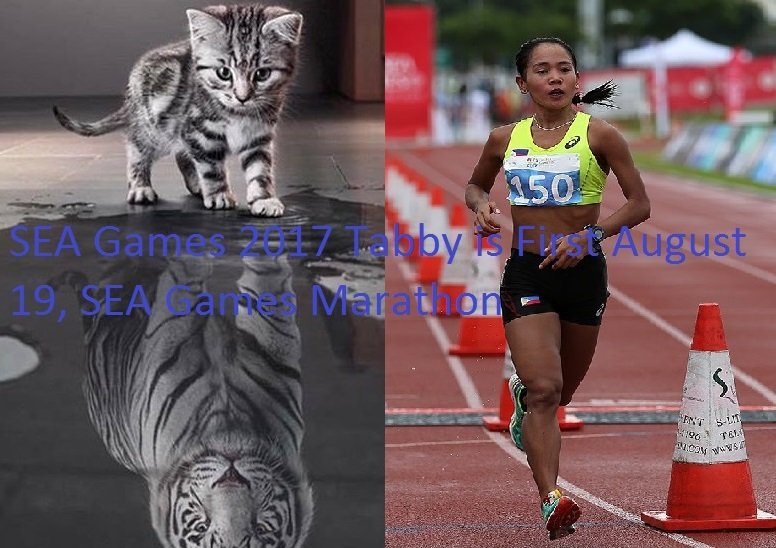 Two years ago Pinoyathletics.info predicted a 25-32 Gold Medal Total harvest for Team Philippines in all Sports. This was for the 2015 Singapore SEA Games. This was in very big contrast to Task Force heads Julian Camacho‘s of the Philippine Olympic Committee bold prediction of 50 Gold Medals.

Suffice to say 50 Gold Medals never happened and the Philippines ended up with a total of 29 Golds.

I still say (we can win) 40 to 50 (gold) medals. Our target is fourth place. That is why we are urging our athletes na binigay na sa inyo lahat, you should do your part,” said Carreon.

Again Pinoyathletics will predict 25-32 Gold Medals again for the Philippines.

But we will let everybody vote on this. The next Poll and write up will be on SEA Games Athletics 2017. After the Asian Championships next week.

How Many Gold Meals will the Philippines win in Total in All Sports at the 2017 SEA Games? After several news articles about the Marathon being dropped from the SEA Games, it is now being reinstated. This is good news for the Philippines especially in the women’s. They are likely to field Mary Joy Tabal the SEA Games silver medalist who will face stiff opposition from another Olympic qualifier in Thai-American Jane Vongvorachoti. Vongvorotchi did not finish in the last SEA Games and only made third place in the 10,000m run. However, the former athlete who played soccer for 10 years for Thailand before switching to Athletics finished ahead of our own Olympian Mary Joy Tabal.

While in the Women’s we have a slight chance at gold. In the Men’s its looking more dire. In the 2015 SEA Games Rafael Poliquit (2014, 2015 Milo Champion) and Eduardo Buenavista (former SEA Games champion), both did not finish the event. This marks the first time the Philippines did not win a medal in the SEA Games since it joined in 1977. Every year the Philippines has placed a male in the top three. The surprise winner was Soh Roi Yung of Singapore who beat the much-fancied Buenavista who at the beginning of the year looked like he would win his third SEA Games Marathon title.

The Marathon event was announced to be dropped from the SEA games due to a lack of participation from participating countries. This caused an uproar and drew much criticism from the running community (news story). But after an appeal, the Olympic Council of Malaysia not only agreed to its inclusion, but a marathon for all is proposed.

“We are now planning to have it as a public event where the ordinary people can take part. It will consist of 2 categories – one for the SEA Games runners and one for the public.” – OCM President

Now, we all possibly stand a chance to run at the SEA games! Malaysian runner Edan Syah has been campaigning for the OCM to reconsider their decision to remove the Marathon. This comes as exciting timely news for him, especially after just clocking in a new personal best of 2 hours 35 minutes in Gold Coast, just a day before the great news broke!

The good news doesn’t stop there. The triathlon is back! It was the talk of the town when the triathlon was also excluded from the games.

KUALA LUMPUR: Five sports – bodybuilding, canoeing, fencing, judo, and triathlon – have been dropped from the initial 39 listed for the 2017 Kuala Lumpur SEA Games.

The Olympic Council of Malaysia (OCM) technical committee met on Wednesday and selected 34 sports – comprising 342 events – for the biennial Games, scheduled to be held from Aug 19-31.

“We have dropped bodybuilding, canoeing, fencing, judo, and triathlon because these sports do not have the competitiveness required to give a strong challenge at the Games,” he said.

“Some of our athletes in these five sports are not even ranked compared to athletes from the other South-East Asia countries.

“But the five national associations, or any other sports, not in the list of 39 sports can appeal to OCM by the end of this month.

“We will also listen to appeals from the other South-East Asia countries before making the final decision.

“The final list of the sports and events will be confirmed during the SEA Games Federation meeting in Kuala Lumpur by July 13 or 14.”

Tunku Imran also explained that the number of events in athletics had been reduced from 46 to 38 because “we don’t have any participants in some of the events”.

For the KL Games, there will be 22 track events and 16 field events.

He, however, did not reveal the eight athletics events that will be dropped from the KL Games.

OCM’s move in cutting down the number of athletics events is not surprising given that Malaysia fared poorly at the Singapore Games last June – returning with just three golds out of the 46 on offer.

Tunku Imran said that the men’s football competition will be changed from an Under-23 event to Under-22.

He said that all the sports will be held here, except for track cycling (in Nilai) as well as equestrian and water ski (Putrajaya).

2017 SEA Games, Some events might be removed in Athletics This comes after the Organizing Committee of the 29th SEA Games in Malaysia 2017, announced that five sports will be dropped from the 2017 SEA Games. These sports included Body Building, Canoeing, Fencing, Judo, and Triathlon.

If this was to push through due to unknown reasons. It would mean for the Philippines that defending Champion Ulboc, Medalist Decathletes Cid and Ubas, Women’s Silver medalist Mary Joy Tabal, Steeple Bronze medalist Jessica Lyn Barnard and SEA Games bronze medalist in Heptathlon Nars Atienza would all no longer be able to compete there in main events and would have to shift there focus to other events at the SEA Games.

The shortlisted events but not finalized yet at the SEA federation level.

SEA GAMES 2017:
The following track and field events may not be contested in the biannual games at Kuala Lumpur …

The Philippines was bogged down with 1 Silver and 2 Bronzes out of 14 awarded events, with 5 days passed.

Seems like the real competition hasn’t started yet. Consequently, The Philippines had dropped early to 7th on the overall tables. Archery again didn’t place in the mixed team with Malaysia winning its 3rd Gold in Archery. While Archeries bold PRE-SEA Games prediction to the SEA Games of 5 Gold Medals. As a result, it means they need to win Gold in each and every remaining event to stay on target.

The Philippines crashed out in Netball 96-11 to Malaysia having lost all 4 of its games and finishing 5th of 5. In Synchronised swimming Duet Technical Routine, the Philippines wasn’t able to medal with Singapore winning. While tomorrow morning at 6 AM Mary Joy Tabal and Jeson Agravante will compete in the Marathon. While Tabal has a big chance at a Gold, Agravante will likely find himself out of the medals.