Spirit of the times:  Reflections as a coach and meet manager of SMART Mindanao Blue Knights Track League Season 3

“The idea that the harder you work, the better you’re going to be is just garbage. The greatest improvement is made by the man or woman who works most intelligently.” – Bill Bowerman 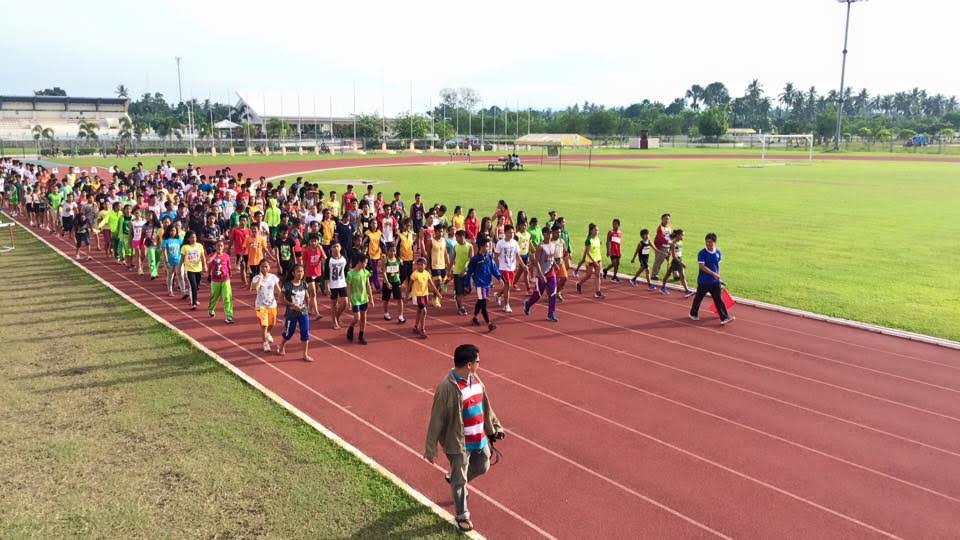 In the course of three years as the coach of Ateneo de Davao University Track and Field team and proponent of SMART Blue Knights Track League Season 3, which had its finals at the Fr. Martinez Sports Center Track Oval, Ateneo de Davao University on 25-February, we had a season full of great moments which are both heart-warming and inspiring while also reflecting on what should be done next to improve the culture of Athletics as a discipline in Mindanao.

As meet manager of this event, which is running for almost three years, we continuously practice self-criticism to raise our standards. As a coach and meet the manager, you must be present in training and competitions and find ways to raise your community’s consciousness towards your sport.

While the only monthly Athletics event in Mindanao and perhaps in the whole of the Philippines, the Blue Knights Track League gives a chance for athletes in our region to see and meet National Athletes who graced the humble oval of Ateneo de Davao University. SEA Games Medalist in Long Jump Katherine Khay Santos opened our season with a bang last July 2017.

With him is UAAP Commissioner Atty. ReboSaguisag, and SMART Head for Mindanao Mr. Arnold Dellosa. Through this start, we want to prove that Athletics has its fair share of icons. We must provide models for our athletes.

After her inspiring feat during the 2016 Rio Olympics, Marathoner Mary Joy Tabal also take the time to run with the athletes in BKTL September Leg. Joy shared her experience as a former sprinter and turned long-distance runner through her challenges and success stories. She had her fair share of stories on how odds all went onto her, especially the grueling moments during the 2016 Rio Olympics.

Aside from people who grace the events in this years’ BKTL, we managed to bring the action to other communities.

In partnership with the Provincial Government of Davao del Norte, especially its Sports and Tourism Office, BKTL had its record-breaking participation rate of 28 teams. It covered 3 major regions in Mindanao. A

As we resumed the games in January 2017, our loyal friends from Kapatagan, Digos Davao del Sur, once again shine with its prime product Ms. Meagey Ninura- the current Palarong Pambansa and National Junior Record Holder in 3,000m run. Meagey had the chance to share her message with aspiring athletes. Thus, in terms of participation, the BKTL January leg has reached Kidapawan and Cotabato City athletes.

On the 6th leg of BKTL, UAAP Athletics Champion Michael Carlo “Mico” Del Prado raced with Mindanao’s athletes in the 200m and 400m dash.  Mico had a wonderful experience meeting other athletes in our region who are almost par with his abilities. Still, it gives the local athletes to learn from the experience of Mico. Athletes also had the experience of being seen online via internet live streaming, thanks to the Ateneo de Davao comp group’s efforts and expertise.

It may look like we made much effort this year, which is the product of the entire community of BKTL. Still, we are running on tight funds and limited resources, but we could secure more people and partners this year. Still, the proponents don’t rest on its simple laurels. There is still much work to do, especially as we moved to our 4th season in July 2017. Some of the things we want to improve are as follows:

the proponents seek different individuals and groups to give BKTL a better sporting image next year. From the officials’ uniforms down to the quality of its identity, we seek a new breed of individuals who want to give BKTL a fresh look.

Given that BKTL runs on limited resources, we hope to find ways to make the race more efficient and not labor-intensive. For example, we plan to use different technologies in results encoding and other game parts that need improvement.

We hope to the different legs of BKTL in different cities in Mindanao. Our goal is to have at least two legs, which we will hold in different key locations in the region. In addition, we can introduce more independent Athletics meets, which is the core of genuine grassroots sports development.

Self- As the meet manager, I really reflect on what I need to improve on myself. I raise the questions.

This season of Mindanao Blue Knights Track League taught me great life lessons and beat the odds when others are not confident in my skills as a simple mover in Athletics. I had my fair share of people who try to bring me down. But when I see how athletes went home happy and thankful after each BKTL. All those rejections and criticism fades away.

Other coaches prefer to raise their athletes on the usual cycle of being champions in the capital’s national meets and top universities.

Still, aside from winning, the values and character that the athlete must develop from their coaches.

I live up to my spirit, vocation, and reason why I want to raise Athletics’ culture in Mindanao. I dream that the 4th season will prosper more to reach its goals that time will come; we will set the Athletics program benchmark in the Philippines that BKTL will be the league of choice just like how my role models in world athletics build their field to let people come.

Reminder: SMART Blue Knights Track League Season 3 is OPEN to all athletes, with or without any club, team, or affiliation. Hope to see all of you on 21-January-2017

While the Meet is the project of Mr. Airnel Talatala Abarra, also, he is the head coach of Ateneo De Davao. The meet has PATAFA trained/sanctioned Technical officials.

While Abarra vision is to create a unique grass-root experience for athletes in Davao City initially and then in Mindanao. He also learned techniques and innovations from attending top international diamond league and Grand Prix events in Europe. Airnel brings a unique, professionally ran meet management technique to the people of Mindanao. A well-engaged meet where the participants are enthused and highly motivated.

While Mindanao is beginning to create its own programs. It is also trying to maintain its high-level athletes rather than sending them to Manila schools. With the opening of several new sports academies and soon sports colleges. This vision to produce strong senior athletes in Mindanao for international meets may soon become a reality.

Also highlighting the meet, it is confirmed there will be teams from Zamboanga Del Sur, Tagum, Digos, Bukidnon, Surigao, and Cotobato attending and other parts of Northern Mindanao. 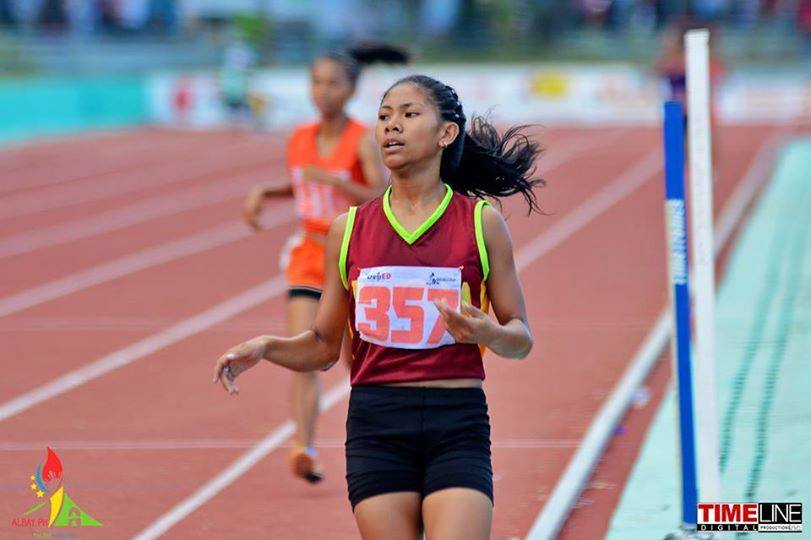 The star attraction to this meet is Palaro Record Holder in the 1500 and 3000 Meagey Ninura. Who will be lining up in the 1500 meters? Meagey, who has a PB of 4.39 in 1500, will be up against 2015 Milo Youth 3000 National Champion Jonavie Tenebroso (5.04 & 11.05) of the Del Sur Sports Academy, a field of quite a few athletes. Meagey, preparing for her last year in the Palarong Pambansa, opted to skip the National Batang Pinoy to focus on her qualifying events for DAVRAA. Her DAVRAA meet will be at the end of March. Meagey, now in Grade 11, is still being considered by several American NCAA Universities after she finishes senior high school in Digos. She is a Jollibee Yum Ambassador.

Meagey is coached by Maylene Quimque of Kapatagan National High School, who also contributed partly to another former Palaro Champion, Mae Barit, and 1500 and 3000.

Mindanao Fastest man Yuhei Go will head again with Kasi Feberoy, the Palaro Record Holder. The half-Japanese Go, based in Cagayan De Oro, has a personal best of 10.5 seconds. He has made a few trips to Pagadian City to work with Provincial Sports Consultant Andrew Pirie and join trial meets theirs.

Also possibly making an appearance will be James Guibone of Tagum, who has clocked 10.7 seconds. So, in fact, there are possibly 5 subs 11 seconds of guys joining in what may be a very thrilling race.

Yuhei aims to ultimately lineup at the national open at the end of March against the country’s fastest men in the 100m and 200m. And hopefully, if luck shines his way, he a berth in the 2017 SEA Games. 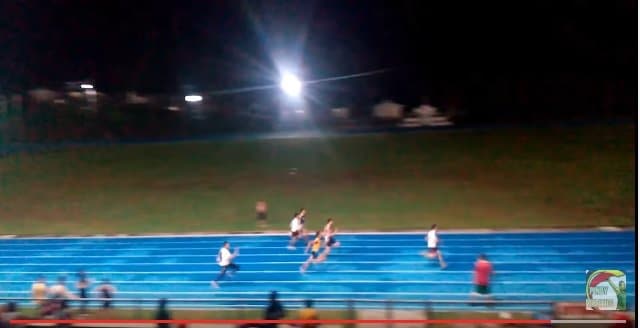 Also, the Blue Knights Track League proves how a community-based Athletics event can be sustainable.

Due to the efforts of the Athletics Team of Ateneo de Davao University and its Parents Community.

Most noteworthy is its recent partnership with Davao del Norte Sports Development Division Office headed by Mr. Giovanni I. Gulanes to make the DavNor Sports and Tourism Complex a venue.

With great staff and logistics, DavNor Sports augmented the community efforts of Blue Knights; hence it reached more participants of the monthly event.

A notable performer is the 15 yr old Tagum Sprinter Jeremiah Cortez, who clocked 10.9 seconds in the century dash and 22.7 at the 200m.

While other feats are Ateneo de Davao’s 12 yr old sprinter Ashanttie Kate Amaneo who captured double gold in 100m and 200m dash with a time of 14.2 and 30.9 seconds.

The Blue Knights Track League continues its vision to reach out to more communities; the organizers plan to stage the event in Koronadal City, South Cotabato, in January 2017.

Also, we are thankful to our partners: