Veruel Elumba Verdadero in lane 1 snatched a Bronze Medal in 200m clocking 23.17 behind the Sri Lankan 22.97 and Kingdom of Saudi Arabia 23.14; it is a scintillating performance of the pride of Dasmarinas City considering the height and the size of his opponents but still managed to land a medal over Chinese 4th 23.23 Russian 5th 23.26 Thailander 6th placer 23.42.

The 15-year-old Veruel Verdadero successfully got what he has been praying for the past days. Duplicating the medal showing of his teammates Samantha Limos and Eduard Josh Buenavista.

Verdadero was again a slow starter but caught up in the last 100 meters. And took the lead from the last 50 only to lose in the last 20 when Sri Lanka’s Shalika Santhush and Saudi Arabia’s Al Marwani Ahmed surged to the line.

Verdadero, who could not help sobbing when the long-delayed result was finally announced, sets sights on Indonesia’s 2017 Asian Youth Games.

Meanwhile, Eduard Josh Buenavista came short for a possible second medal. A bronze in the 3,000 meters, losing a sprint by point 3 of a second to the line against Sakha-Russia Republic’s Ivan Arzhakov—the same opponent who beat him for the gold in Monday’s 2,000m steeplechase.

100-meter bronze medalist Samantha Limos failed to advance into the 200meter finals, setting only the 8th best time in the heats at 26.6 seconds. 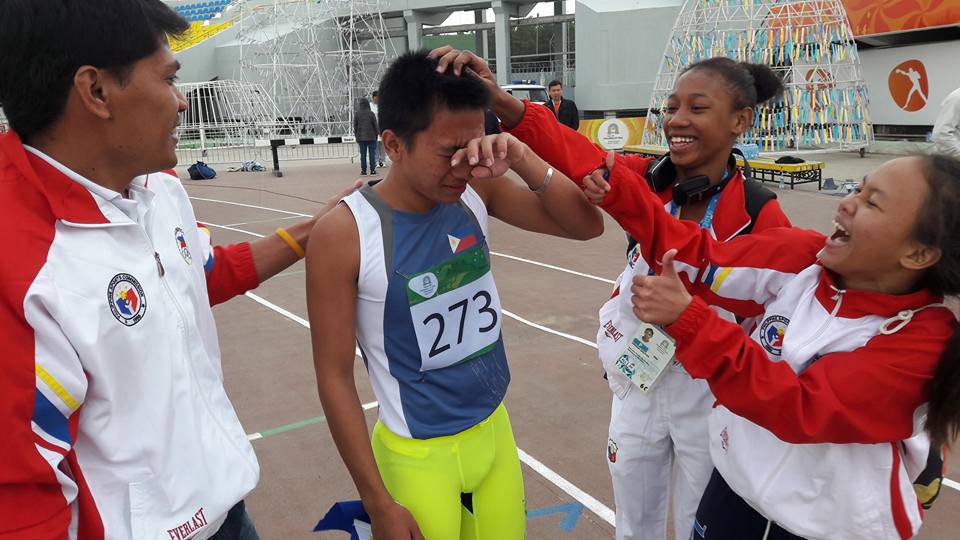 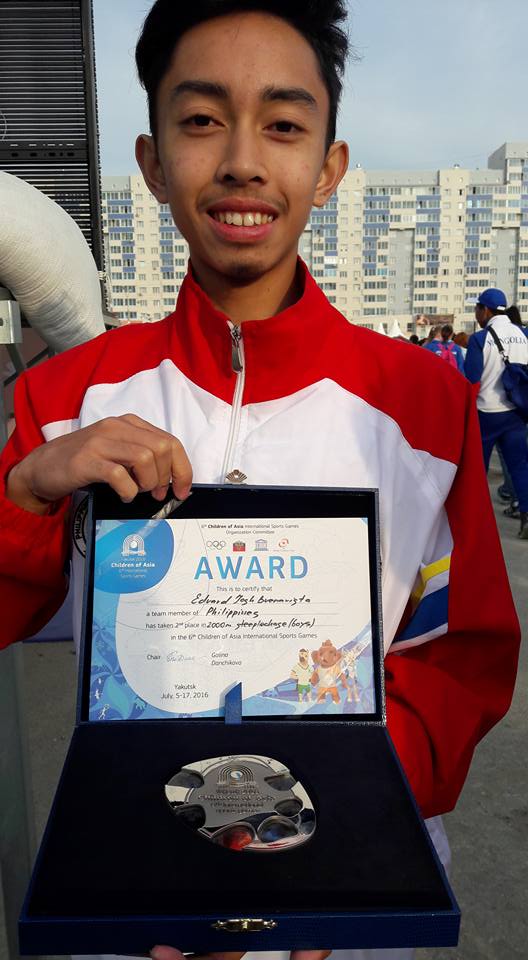 Eduard Josh Buenavista, 14, followed in his famous father Eduardo Buenavista with a silver medal at the Children of Asia meet in Yakutsk, Sakha Republic. Josh took the bronze medal in the 2000m, Steeple Chase.

Eduardo Buenavista is a 2x SEA Games Champion in the Marathon, Olympian, and bronze medalist at the 10,000 meters in the Asian Games. He garnered a total of 4 SEA Games gold medals in a career that spanned just under 20 years. Buenavista holds the Philippine Records in the 5000, 10000, and Marathon. 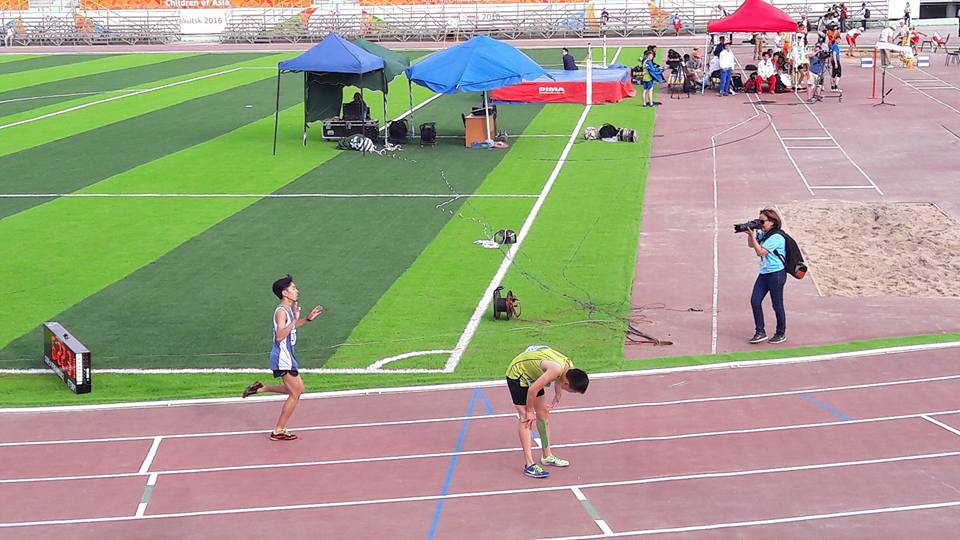 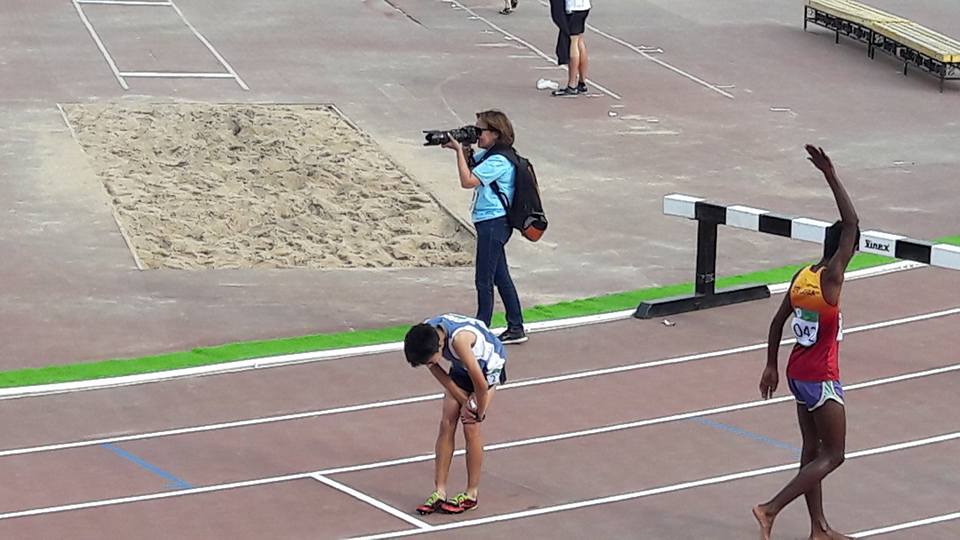 Narrow miss at the podium in 3000m

Eduard Josh Buenavista narrowly missed the bronze in the 3,000 meters …he was in a close fight with an eventual bronze medalist from Russia, clocking 9:12.92..losing by point 37 of a second. Russia won the gold while China took the silver. A good performance indeed for a first timer in an international competition!!! 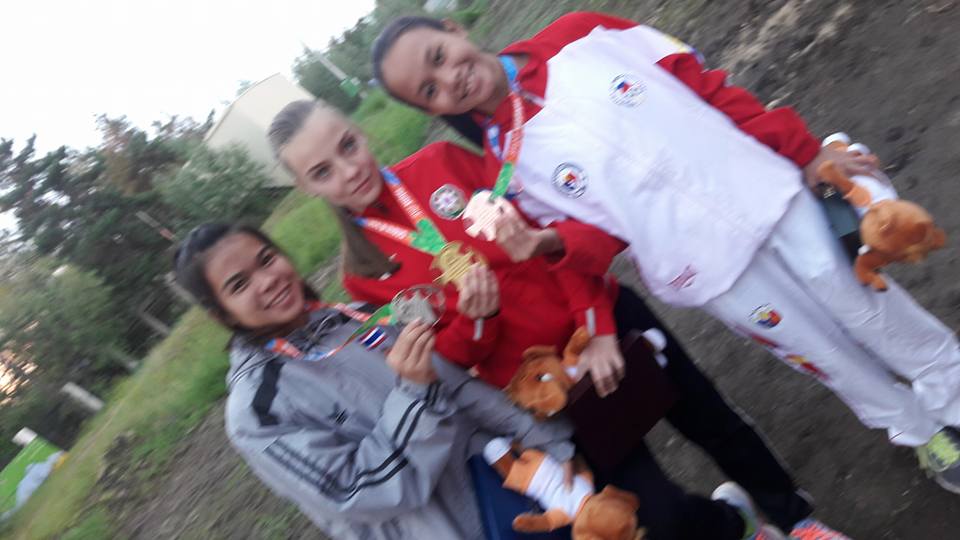 Good work from the little girl from Cebu 4’10 with the stride of a 5’6 girl. Well done to her coach Ilde Banzon of the University of Cebu, and his team also. I interviewed Limos, the Batang Pinoy Champion and record holder, last year and became Palaro Champion and record holder in 2016. This was her first international meet at the Yakutsk Children of Asia Games, a Russian dependency in the Sakha Republic.

Limos talents shone in the international scene when the 14-year old Cebuana grabbed third place against a strong field in the Girls’ 100-meter finals at the Tuymada Stadium.

She clocked 12.47 seconds, way behind her Palaro mark of 11.99 seconds but enough to edge out a Vietnamese for the bronze. Point 06 seconds ahead of Limos was Pawinee Pudburree of Thailand, while Azerbaijan’s

Yelena Pekhtireva bagged the gold in 12.24 seconds. Limos, who topped her heat in 12.67 seconds, the 4th best time to the finals, recovered from a slow start to win a medal in her first-ever international competition.

In the Boys’ division, Dasmarinas Cavite sprinter Veruel Verdadero checked in third in his heat at 11.5 seconds and likewise made it to the finals, where he recorded a good 6th finish at 11.38 seconds in a very tight finish of several behind the 11.20 seconds of gold medalist from Sri Lanka.

Another Dasma Cavite runner Aaliyah Ingram competed in the all-timed 400 meters, finishing 3rd in her heat at 1 minute and 01.8 seconds.