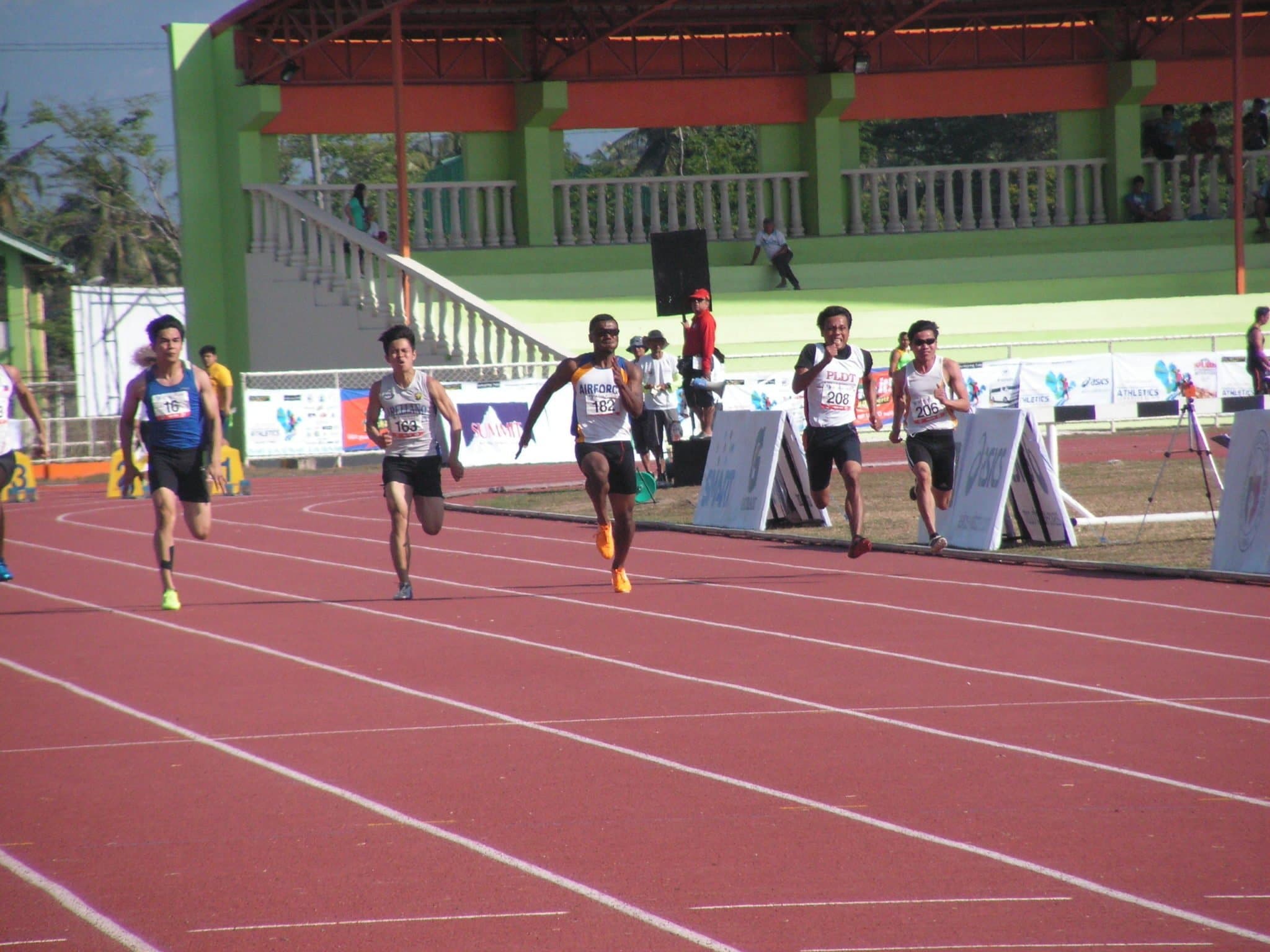 Brandon Thomas ensured for the second year in a row Phil Airforce A took the Men’s National title in the 100 Meter Dash. The Fil-Heritage sprinter  succeeded his good friend Eric Cray as the National Champion of the Philippines. Cray who has secured automatic qualification to the SEA Games did not participate at the meet.

On a sunny afternoon at Santa Cruz Laguna, the 25 year old Thomas blasted out of the blocks, leaving the field 3 strides down at half way. However he started to woble and swing side to side the last 50 meters a grimmace of pain appearing on his face as he threw himself over the line to win the national championship in 10.80 seconds. Just outside the 10.72 and 10.76 times he registered yesterday.

The Burly black 5’7 athlete from Texas, was now the national champion of the Philippines. Thomas mother who hails from Angeles city and father was an Airforce Service Man was cheered on by friends and relatives. Then was quickly rushed to the medics who put ice on a hamstring strain. His times were good enough to earn him a spot in the SEA Games 4×100 relay teams. And it places him third in the rankings behind Fil-Heritage athletes Eric Cray (10.52) and Bryan Mercado (10.59).

Thomas who had not ran since 2012 until 2 weeks ago and opened with a miserable 11.11, proved he was a worthy part of the team.

Well i won here but i will goto the SEA Games in the relay. Probably after a month im ok to run again. Said Thomas to reporters with ice strapped to his leg.

Edwards of Malaysia who was second to Cray at the National Games last year wound up silver again with 10.89. Edwards has a Filipino mother but opts to run for Malaysia. Bronze went to Rodquem Maullon the 2014 NCAA Bronze medalist in 11.03, Maullon had improved his best time to 10.94 in the semis. Noli Torres the 2014 PNG Bronze medalist was fourth in 11.04 after improving his best time to 10.97 in semis. SEA Games Decathlon Champion Jesson Cid who was only playing individual events here was fifth in 11.06. 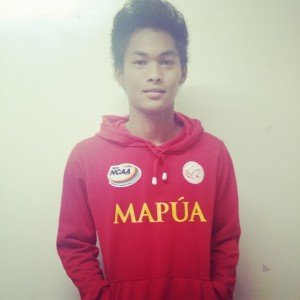 One of the most talented Junior Long Jumpers in the country Jose Jerry Belibestre had a surprise loss in the Men’s Junior Long Jump competition. Hence Belibestre who has been unbeaten locally for the past two years wound up second.

While it was Mark Vincent Ramos (Mapua) 5th in the NCAA, and 4th in the ASEAN School Games who stole the thunder from his much more prominent ASEAN School Games team mate. Ramos who is coached by National Coach Sean Guevarra leapt 6.92m, just outside his 7.02m personal best.

I had a bad day as my check mark was off. But i will get back into shape for the Palaro. Said Belibestre.

While Jerry (Negros Occidental) coached by Miguel Arca, who was the silver medalist at the ASEAN School Games was well outside his 7.09m PB with a 6.88m effort. Also Belibestre was the defending junior champion, palaro champion and batang pinoy champion last year. Jerry goes in as the favorite at the Palaro as Ramos is undergoing college.

In third place was Aristeo Dela Pena (Arellano) 4th in the NCAA who along with Jerry have qualified for the ASEAN School Games in Brunei. His PB is 6.98M but he was only good for 6.72m.

Ryan Ornales the NCAA Junior Champion took fourth in 6.61m just missing out on a medal.

As anticipated earlier the womens 100m Dash was won by Katherine Khay Santos in a new personal best of 11.99. Santos conitnued to show fine form following up from here opening run last week in Los Angeles of 11.97 (+2.8 wind aided) Santos won over a field with a relativley low turn out with only 8 women lining up for the final.

Defending National Champion Princess Joy Griffey opted not to participate in the meet as she is doing her SEA Games preparation in the United States with a recent time of 11.92  (PB 11.58). Also missing was UAAP Record Holder Jenny Rose Rosales (PB 11.90).

In fact there was only three Filipino women in the final. With athletes from Bangladesh, Singapore and Brunei. The low turn out may have been due to University ongoing exams.

Josefina Baloloy the ASEAN School Games Silver medalist was in a race by herself winning in a time of 1:06.0 the 400 Hurdles. Unfortunately she was not awarded a medal as IAAF rules state you need three athletes in an event to be awarded medals.