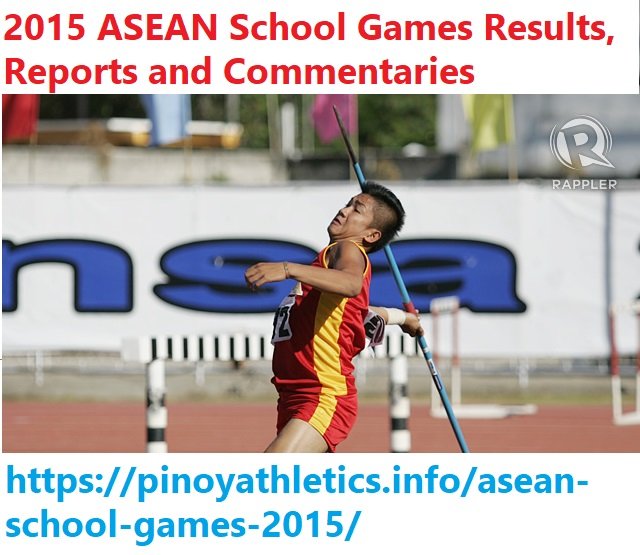 Publishing shortly will be a more detailed report.The Philippines was 4th overall in athletics in 2014 but dropped to 5th behind Indonesia in 2015. 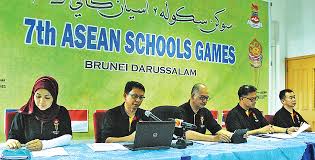 Originally I was contacted by Mr. Cesar Abalon of the DEPED to provide comparative data for the ASEAN School Games. Mr. Abalon texted me wanting to compare lists, this was back in early August. I gave my comparative data to Mr. Abalon Assistant Edmon Prado who passed them onto Mr. Abalon. Documenting  well recommendations as also posted on www.pinoyathletics.info.

As I have now had a few days to gather information and clear my thoughts. I will present my analysis, report, conclusion, and findings of the Philippine Athletics Team at the 7th ASEAN School Games in Brunei November 21-29 2015.

In reality, the overall outcome of the ASEAN School Games 2015 haul of eight is a disappointing effort which we cannot allow to happen ever again. Considering the team won 21 medals last year in Marikina. Recommendations had they been followed the team would have more than doubled their medal count.

I will highlight in my report the reasons why and medal opportunities that were missed.

Let’s first begin off with a summary of the results of the 7th ASEAN School Games. With a list comparing the best performance of each team member.

The names highlighted in red were not in my original recommendation. And that was not the fault of the athletes as they were not ready for the ASEAN School Games and had no performance in the past indicating they were going to win a medal. De Josef had decided to self-fund, while Maclord was originally recommended by me for 5000m, which got scratched from the event.

I will provide my original recommendation in the appendix

While Janario performed poorly compared to her 14.52 silver in the Hurdles last year clocking 15.23 and placing 6th. She was in my original recommendations as she had good performances inside the qualifying period although she wasn’t in as good shape the months leading up to the ASEAN.

I had no say in the selection says Head Coach of Team?

Please note that Dumaguit, Olovida, and Lenton all have one thing in common they are either current or former Athletes of coach Trece Academia. The coach the DEPED chose to head the delegation. Coach Trece claims that he had no power in the selection and the DEPED chose the team. He stated the DEPED basis was Palaro Champions. However, there were several reasons why this just won’t stand.

Please also note that Trece took Olovida, Lenton, Janario, and Dumaguit to Pampanga the day before they were scheduled to leave and should have been resting for the ASEAN School Games. Trece was conducting one of his motivational speech clinics at that time.

Next, we will discuss the medals lost in the team. Which was due to the fact my primary recommendations had not been followed by the DEPED and Trece.

However, it could have been 4 Gold, 4 Silver, 9 Bronze = 17 more than double just by following the original recommendations I had provided. Note some athletes were unavailable such as Joshua Patulud and Meagey Ninura who withdrew voluntarily. The above athletes in my lists were all willing to go and a lot of them had been turned down at the DEPED possibly at the consultation of Trece.

I want to also note on Sunday, December 13th at PATAFA Weekly Relays Jeremay Rubias (FEU) threw 42.78m  more recently to go with her 42.90m PB at the last UAAP. Again proving my theory she would have won over the 41.21m at the ASEAN School Games and have taken the gold.

What I originally provided to DEPED

Attaching as supplementary information is what I originally was providing to the DEPED as a reference.

It’s interesting to note 13 athletes were selected for ASEAN School Games. Kayleen Mosqueda who was ranked Number 6 and was the Palaro Champion in the High Jump, Louielyn Pamatian who won the silver medal at the last ASEAN School Games and was still eligible for 800 and the 4×400, Vincent Ramos who was forecasted for two bronzes, Jeremay Rubias in Javelin who would have won the gold, and Kevin Capangpangan who would have won the 1500 gold as explained earlier.

Five athletes were ahead of Lenton, Olovida, and Dumaguit and one of these was a current Palaro Champion that was disregarded in favor of athletes that were currently under or had recently been under Coach Trece. Dumaguit let not only has never won a medal for palaro but hasn’t even made a palaro final for his event 110 Hurdles.

As pointed out in my original submission Lenton is not ranked in the Top 10 in SEA Youth for 400m, she was ranked 7th in the 800 but is behind Louielyn, Jieann and Anjelica De Josef on standings. Olovida was ranked 8th in SEA Youth for Long Jump behind Carino and Andrade. However, she was sent instead of Andrade who has the better PB and also her PB was more recent than Carino current form. Dumaguit was sent in disregard to Alvin Vergel 14.68 who was willing to self-fund but was declined a spot on the team. Vergel is the Palaro Champion in his event.

All in all, Pinoyathletics will continue to protect ‘Fair Selection’ and the scaled selection methodology

We ask that on behalf of the athletic community the PSC, PATAFA, DEPED, and Leyte Sports Academy will also protect our sport from individuals and groups who violate its principles and clearly have no place whatsoever in our sport.

For a refresher course in the scaled system 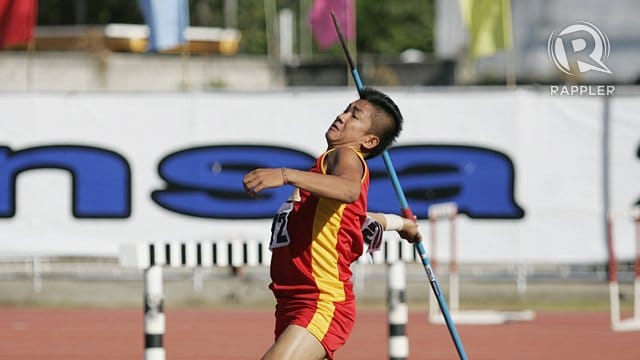 Playing in his final year at the ASEAN School Games. Pachecho stamped a strong legacy for many athletes to follow. The Behemoth who hails originally from Aurora has provided the Philippines four Medals over three years. 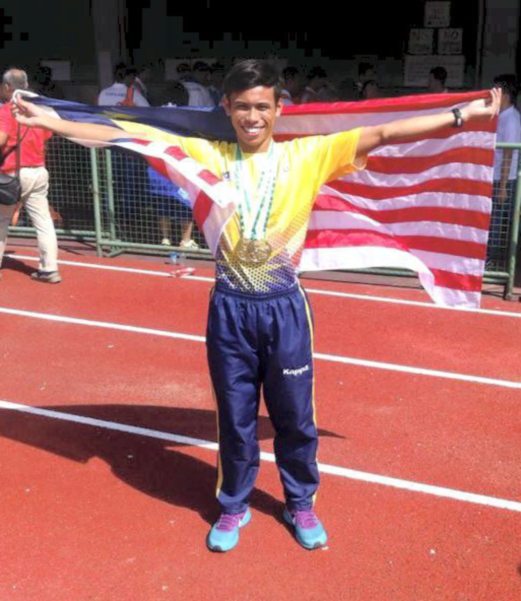 Brunei – One Name to watch on the horizon of southeast Asian sprinting will be 18-year old Hisram Badrul Manap of Malaysia who just lowered the ASEAN School Record to 10.29 this was done with a +1.92 wind which rounds up to +2.0. The Maximum amount of wind to be recognized as a Record. Manap shattered the meet record of 10.59 set by Sapwaturrahman of Indonesia set in Surabaya in 2012.

At the 7th ASEAN School Games Manap had a commanding lead leaving his teammate Hashim nearly half a second behind in 10.71. Thailand’s Salabal was third in 10.87. 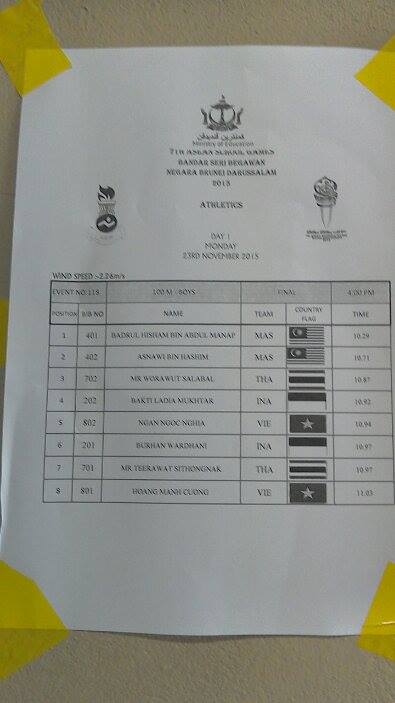 Manap also broke the Malaysian National Record of Watson Nyambek which was 10.30 set before the 1998 Commonwealth Games.

Manap is scooping up age-grade regional titles having won the Asian Youth Champs in Wuhan 100m, and the 200m at the SEA Youth Champs Nyapidaw Malaysia.

Albeit Manap is one of the rising stars of South East Asia and at 18 has what it takes to one day succeed Eric Shauwn Cray as SEA Games 100 Meter Champion.

pinoyathletics.info has the source.

While Belibestre was consistent with his jumps adding a staggering 21cm onto his best jump. Yet his leap of 7.47m was just 8cm away from the National Junior Record of Joebert Delicano 7.53m (he will have until Dec 31 of 2017 to break this mark). Jerry dominated the field of a Thai (7.09) and a Malaysian jumper (7.04). While the other participant from the Philippines Martin Esteban was fourth in a new PB of 7.01m.

Also, it was a very consistent day for the Bacolod based Belibestre. Most noteworthy he had five of his six leaps above his previous personal best.

Also, Pinoyathletics.info would like to congratulate our good friends from Bacolod. The hard-working brother/sister team of Miguel and Addy Arca the foster parents/dedicated coaches of Jerry.

Pinoyathletics.info is proud that the spike shoes Jerry wore were a donation from us to him.

We would also like to thank Mr. Benigno Marayag for donating a new pair of spikes to Jerry Belibestre. “Helping young piglets grow into Big Strong Boars”

While Jerry is also a product of the Grass Roots Program of the PSC. The Batang Pinoy provided him the necessary experience for the Palarong Pambansa. wHILE Batang Pinoy is 15 and under and Palaro is 17 and under age bracket.

Belibestre is concrete proof that athletes do not need to train in Manila to become international champions if they are guided well by dedicated and caring coaches.

Jerry opted not to take up college in Manila. And if he joins the national training pool would like to stay under the care of the hard-working Arca coaches. His performance of 7.47m ranks him third against the seniors with Julian Fuentes 7.53m and Donovont Arriola 7.51m already making the qualifying mark for the 2017 SEA Games. Jerry would need to be in the top 2 leading up to SEA Games to compete in the Malaysia SEA Games in December of 2017.

Arellano’s Aristeo Dela Pena may have only landed fourth at the recently concluded NCAA just missing out on a medal with a 6.98m leap. The 17-year-old from Pangasinan who is in his first year at Arellano University was one of the latest athletes recruited by legendary coach Rosito Andaya but now coached by Pinesito Lim.

He has secured three ticks for the 2015 ASEAN School Games in Brunei leaping at the NCAA 6.79, 6.90, and 6.98 he has gone over the 6.74m bronze standard three times. Ranking #2  in the country now to be displaced the other contenders need to leap better than 6.98m. 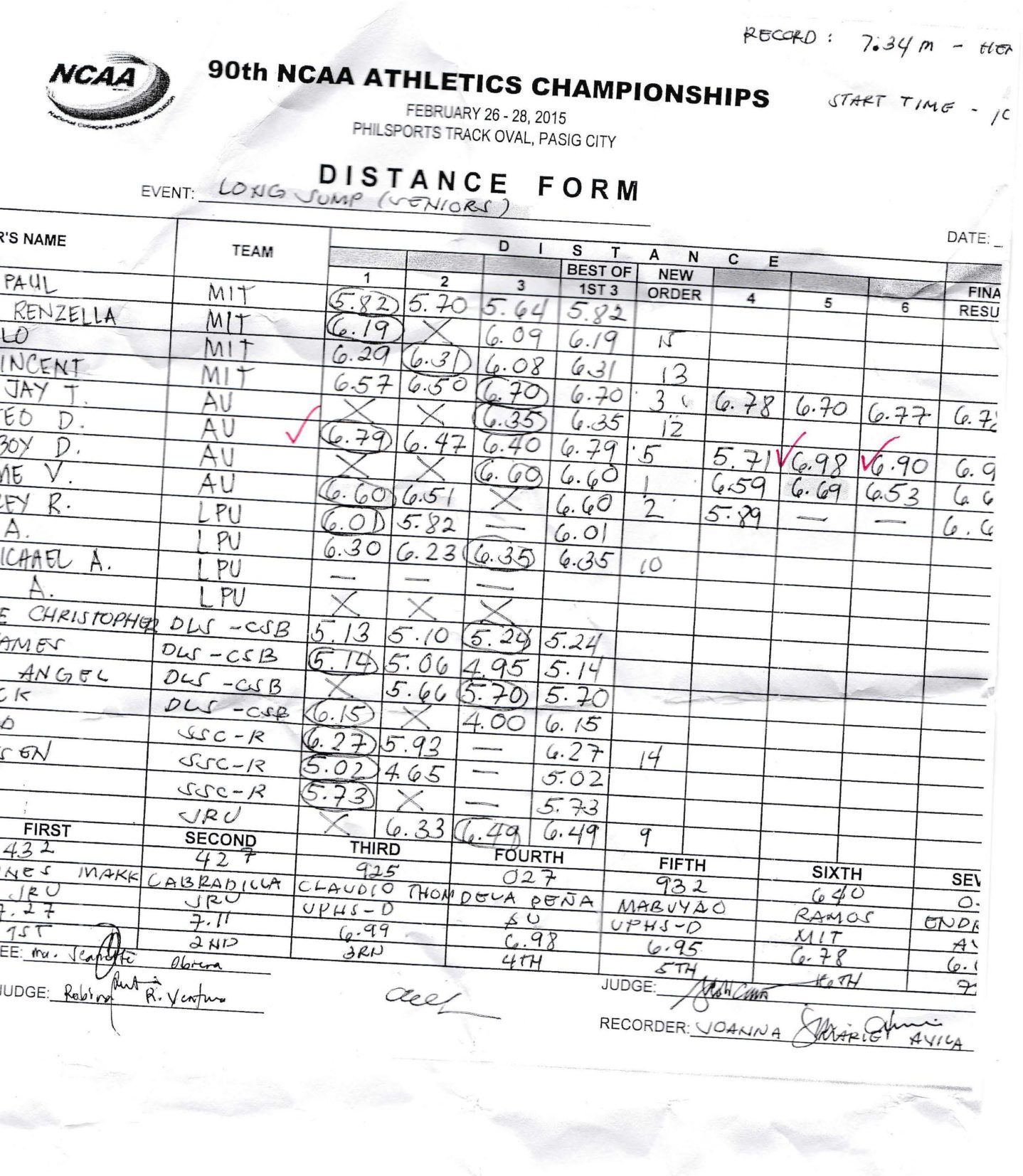 Aristeo Dela Pena Benefiting from the PSC-PATAFA Weekly Relays despite not making the final in the Palaro.

Olympic Standards in Track and Field