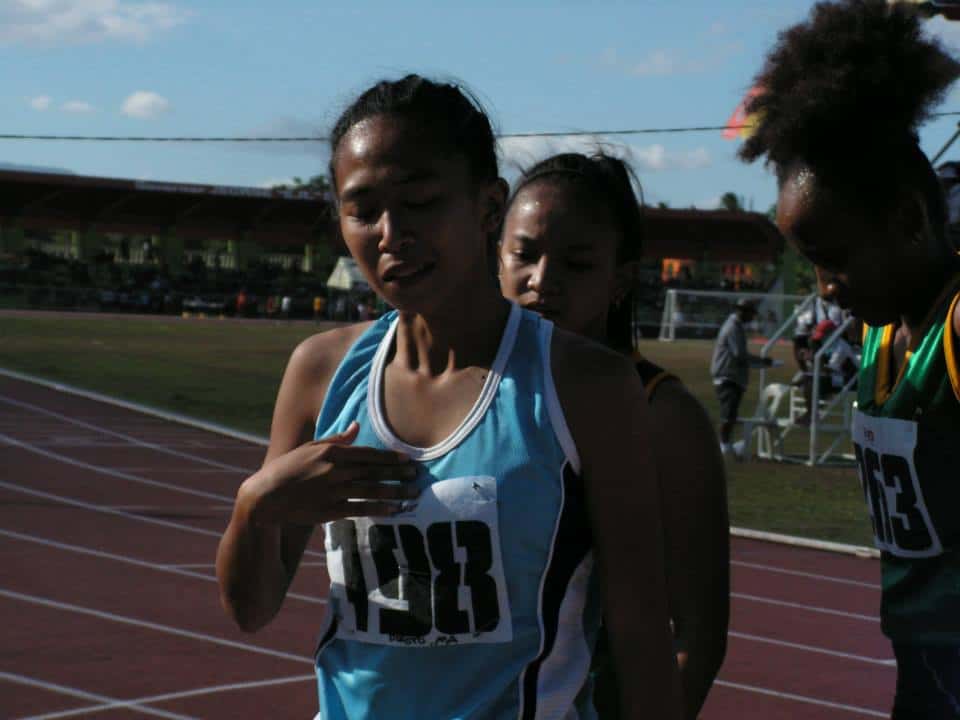 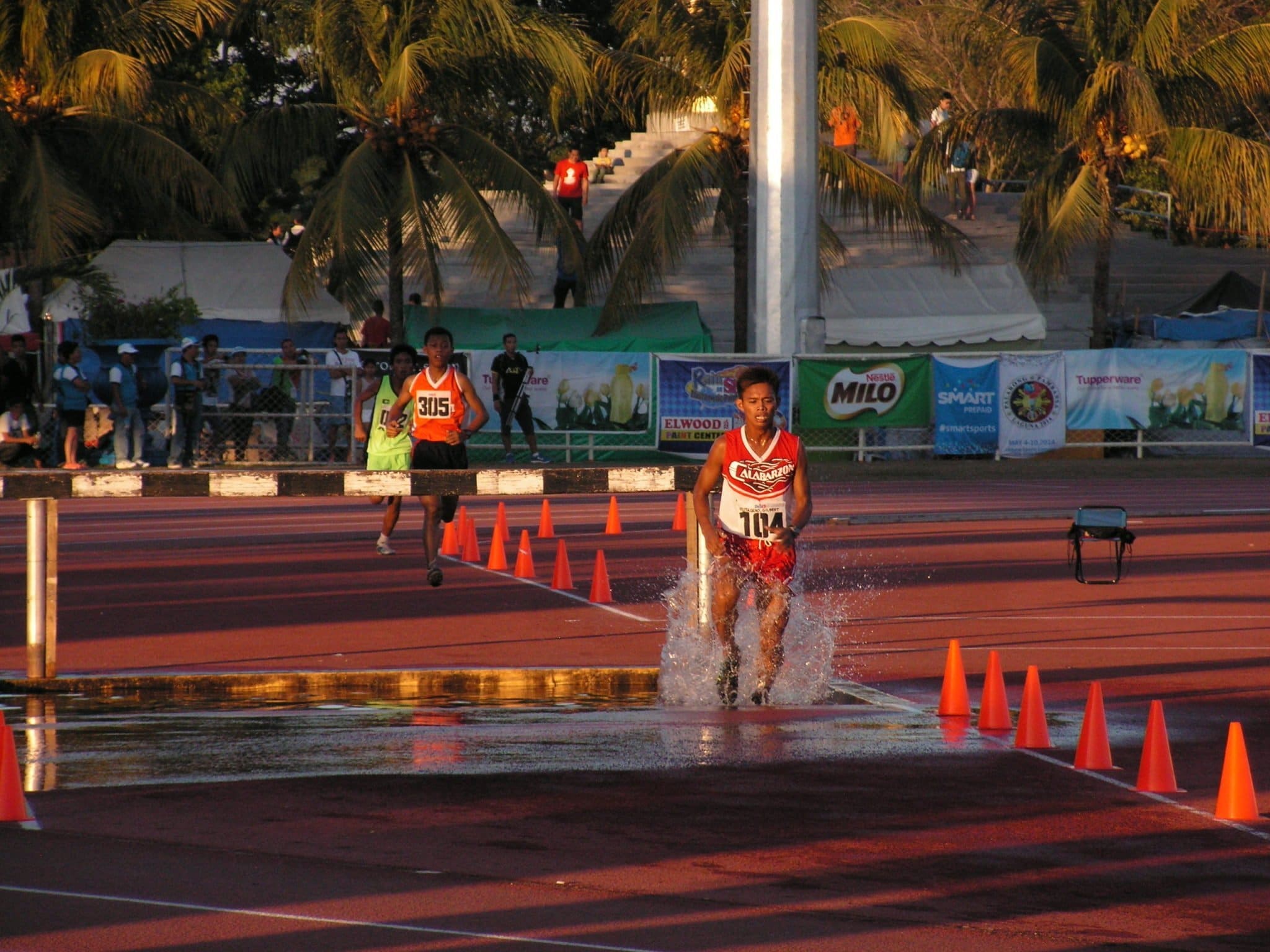 Gilbert Rutaquio of CALABARZON emerged victorious in the secondary boys’ steeplechase. He survived the excruciating race during day three of the Athletics tournament at the 2014 Palarong Pambansa at Laguna Sports Complex, Brgy. Bubukal, Sta Cruz, Laguna on 06-May.

Rutaquio did a strong finish by clocking 10:04.6, which enabled him to add another gold for this year’s Palaro host region. He outclassed Cagayan Valley Region’s (CAVRAA) bet McLord Cabalonga, who finished second with a time of 10:10.8, while Earl Casinabe of Northern Mindanao (NMRAA) settled for third by ticking a 10:20.2 performance.

Rafanan conquers the turf against Pacheco by etching a throw of 40.60m, which is way beyond the Baler-based prodigy’s 36.94m performance. On the bronze medal,  SOCCSKSARGEN region’s kid Ryan Penaso crafted a throw of 35.83m.

Diesto, who earlier captured gold in the long jump and silver in the triple jump, affirms her place as an emerging star in Philippine Athletics. Jousting the Eastern Visayas Region tandem with Leah Creer and Karen Janario, Diesto managed to have a good start, which gives her an advantage over her rivals.

It was a fantastic effort from Diesto, who raced won when her first footstep hit the ground. Diesto executed a perfect start pulling away to lead the race from beginning to finish, leaving her opponents struggling to catch her in the race’s dying stages. A final surge saw her pull away from a comfortable 2 stride win over Leah Ann Creer, with Karen Janario left behind at the start having to work extra hard to the line to snatch the bronze.

The emotion and tears of joy started flowing from the 17-year-old as she knew she had lived the journey at the Palaro and finally won the 100m title after failing to medal four years in a row; she had done what before had seemed impossible, and that memory of winning the prestigious century dash at the Palaro perhaps will be cherished for life.

Even though they cannot catch the gold, Creer and Janario give their region a good finish in the high school girl’s sprints despite the limitations in training facilities due to the onset of Typhoon Yolanda. Creer plans to join Diesto in De La Salle University (Taft) Athletics team next UAAP season in her senior high year. 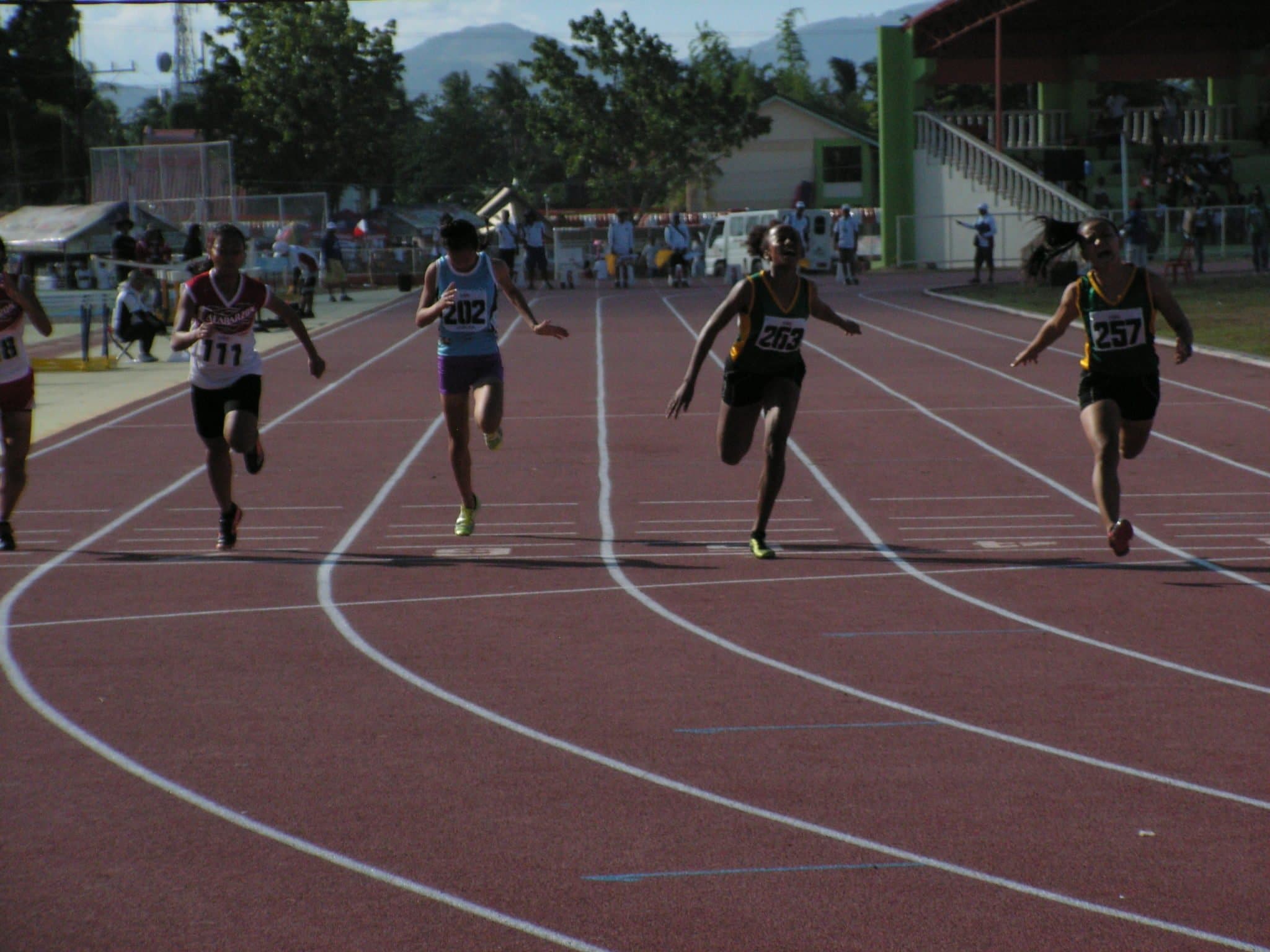 SANTA CRUZ, LAGUNA- Davao Region Athletic Association (DAVRAA) bet Berneil Cabanda stunned Athletics powerhouse regions by emerging as the champion in 100m sprints elementary boys during the Athletics tournament at the 2014 Palarong Pambansa here at Laguna Sports Complex, Brgy. Bubukal Sta. Cruz, Laguna on 07-May. Cabanda, who was ranked third during the century dash time trials, jousted his rivals from track favorites of CALABARZON and NCR by sneaking a slim victory at the last few meters of the race by clocking 12.01.5 seconds.

Leading the sweep is Kevin Capangpangan of Iligan City, who won the 5000m run early this morning by clocking 15:54:2 minutes and captured the 1500m secondary boys on the same day. Simultaneously, her distaff colleagues Camila Tubiano (Elementary Level) and Jie Ann Calis (Secondary Girls) outlasted their rivals and savored both first-place finishes.