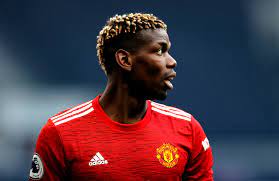 Football is a money-spinning game, and there is always a lot riding on every play. The love and support people showed for the football game works in favor of the players as they go home with a ton of cash. However, which football player has the highest pile of money. Take a look at the ten richest football players in the world according to the rating from sbobet.

Pogba is undoubtedly one of the biggest names in football. He is regarded as one of the best midfielders in the world at this point. His popularity has helped him get many brand endorsements, due to which he has a net worth of $85 million.

Hazard was one of the flagbearers of EPL when he was part of Chelsea. His swift gaming style and match-winning capabilities have bagged him a record transfer to Real Madrid, a high salary, and many endorsements. He currently has a net worth of $100 million.

Andres Iniesta has managed to carve a name for himself in a team that had Messi at the same time. He is known for the iconic goal he scored against the Netherlands in 2010. Even after moving to the Japanese League, he continues to mint a lot of money. With a net worth of $120 million, he is the 8th richest footballer at the moment.

Even though Bale could not become the true successor of Ronaldo at Real Madrid, he still plays a crucial role in the team. One thing he knows well other than scoring goals is to earn loads of cash. His brand value has helped him reach a net worth of $125 million.

Who doesn’t remember Rooney’s famous bicycle kick when he was the force to reckon at Manchester United. Well, did you know that he has a net worth of $160 million? Yet, even after leaving Manchester, he has not left the eye of brands and endorsements.

Many would still argue if his move to PSG was the right one. However, he is, anyway, at his top form in France. His killer looks with a killer attitude has attracted many brands raising his net worth to a whopping $185 million.

For Zlatan, he is the best in the world. He has aged like a wine improving his performance at every club he goes to. He is probably the most acrobatic player in the world. Endorsements like Nike and Nivea have helped him reach a net worth of $190 million.

Messi earns money like a king for being the GOAT of football. His consistency in the game and one of the greatest rivalry against Ronaldo have helped him grow his bank balance. He has a humongous net worth of $400 million.

Ronaldo is the most prominent face of football at the moment, along with his eternal rival Messi. However, he still plays like a 22-year-old with great passion and energy. His fit body and sexy looks, and stylish games have helped him amass a net worth of $460 million.

This was surely not the name you were expecting to see here. Faiq is a player of Leicester City. However, he is the wealthiest footballer because he is the son of Jefri Bolkiah, the prince of oil-rich Brunei. His uncle Hassanal Bolkiah is the sultan of Brunei. With a vast family wealth, his net worth is estimated at $20 billion.

You might have never guessed many of the names, especially not the first one. Even the money-making side of football is exactly like the game- unexpected with full of surprises. Like football and want to see the football results of each important game? Check out the football live score section on Buaksib.